Concerns about the health of the US and other developed economies have weighed on equity markets since spring. Although no one would give the global economy a clean bill of health, nor is it on its deathbed. In fact, my proprietary Recession Radar puts the chances of the US lapsing into recession over the next six to 12 months at about one in four, a level we describe in Personal Finance as just a “medium” recessionary risk. What’s more, the chances of a recession as measured by the Recession Radar have declined swiftly in past  months.

At this point, all indications point to slow growth for the US and other major industrialized economies. Gross domestic product will grow about 2 percent annually, though economic activity will accelerate in some months and grind to a halt in others. Housing and other hard-hit industries will continue to struggle against recession-like conditions.

The ongoing saga of the EU’s sovereign-debt debacle continues to weigh on the stock market. If one of the fiscally weak EU members defaults on its sovereign bonds, the repercussions could be severe. But all hope isn’t lost. Robust economic growth in China and other key emerging markets should support a long-term bull market for coal in China, India and other emerging economies.

The Case for Coal

Although shares of coal mining firms have sold off over the past few months, a surge in metallurgical (met) coal prices had enabled the group to outperform handily in the second half of 2010 and early 2011.

The met coal used in steelmakers’ blast furnaces contains much more energy per ton than the thermal coal that power plants burn to generate electricity. Australia accounts for roughly two-thirds of global seaborne exports of met coal and is a key supplier to Asia. About 85 percent of the nation’s met coal output comes from the Bowen Basin in Queensland; operational disruptions in this region can send the price of met coal soaring. 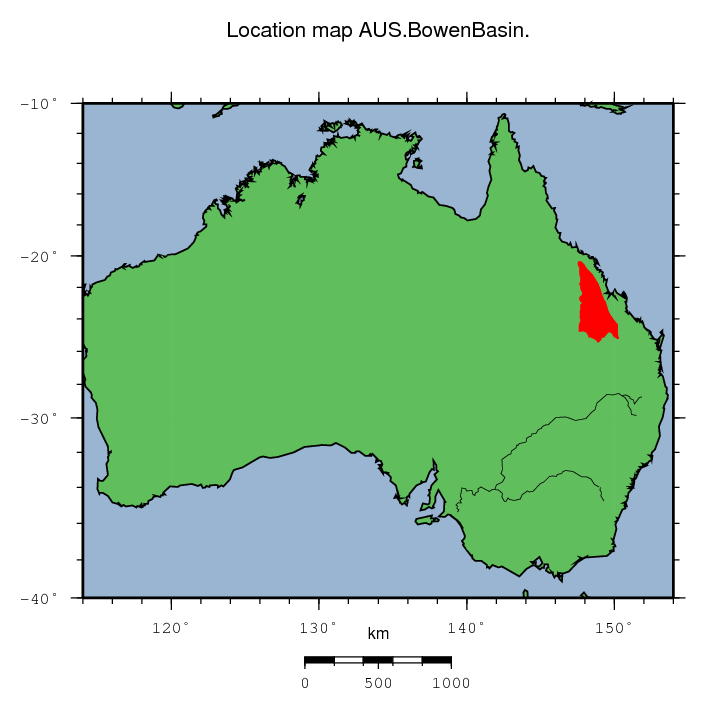 In late 2010 and early 2011, severe flooding from torrential rains forced many coal mines to halt production. Not only did producers have to pump water from their mines before resuming operations, but damage to the region’s railroads and ports also crimped exports. At the height of the crisis, seaborne shipments of Australian coal declined by as much as 40 percent from year-ago levels.

With Australia’s largest producers declaring force majeure to relieve themselves of contractual obligations, their customers scrambled to secure sufficient supplies. This touched off a global supply squeeze. US coal exports to Europe boomed, as countries that historically exported met coal to the EU diverted their cargos to Asia.

In the third quarter of 2010, the contract price for met coal exported from Australia to Asian customers was USD209 per metric ton. This price surged to USD225 per metric ton in the fourth quarter, before topping out at roughly USD330 per ton in the first and second quarters of 2011. This sharp increase in contracted prices offset lost tonnage for many Australian producers.

Not all of Australia’s coal exports are priced according to quarterly contracts. Some producers have long-term supply contracts with their customers; others sell a percentage of their output on the spot market for immediate delivery. Meanwhile, higher grades of met coal tend to command a significant price premium. Dividing the total value of Australian met coal exports by the total volume yields the average price per ton and provides a good indication of the industry’s profitability.

The data depicted in these graphs explains why met coal prices have moderated in recent months. In July 2011, Australian exports of met coal had declined by 16.6 percent from year-ago levels, while coal production has continued to recover from the devastating floods. Producers generally expect met coal production and exports to normalize gradually in coming months. This dynamic has lowered the contract price for the fourth quarter of 2011 to USD285 per metric ton. Meanwhile, the average price of Australian exports of met coal declined to roughly AUD228 in July from AUD260 in May. Although the price of met coal has declined from the stratospheric levels that prevailed in the first and second quarters, both the contract and average prices are significantly higher on a year-over-year basis.

Nevertheless, shares of coal mining firms have pulled back amid fear that slowing economic growth in the developed world will erode demand for seaborne met coal.

But the Federal Reserve’s Beige Book noted that steelmakers’ capacity utilization rate remained at a record high and that inventories remained tight in the Federal Reserve Bank of Chicago’s district. In August, US steel production rose to the highest level in three years.

And China is the primary driver of global met coal demand: Not only does the US produce far less steel than China in a given month–8 million metric tons versus almost 60 million metric tons–but US steelmakers tend to rely more heavily on electric arc furnaces that use scrap metal to produce steel. As you can see, Chinese steel production continues to hover near its record high.

The relative resilience of Chinese steel production at the height of the Great Recession demonstrates that the country’s met coal demand is a secular–not a cyclical–growth trend. Although China is the world’s largest steel producer, the nation consumes only 466 kilograms (kg) of steel per capita–compared to more than 800 kg in both Japan and South Korea. China’s population of more than 1 billion people means that a small increase in per capita steel demand produces an outsized effect on global consumption. India’s annual steel demand amounts to only 55 kg per capita. Over the next three decades, China, India and other Asian emerging markets are expected to account for more than 90 percent of the growth in global coal demand.

In the short run, the price of Australian met coal exports was bound to moderate as production recovered. Further downside may be in the cards, but met coal prices may not return to their year-ago levels because of permanent damage to some mines.

Meanwhile, the tight supply-demand balance in the market for seaborne met coal means that another major supply disruption could send prices through the roof. Long-range weather forecasts indicate that Queensland and the Bowen Basin are at elevated risk of above-average precipitation during this year’s rainy season.

While plenty of news services seized on management’s comment about demand for met coal, other producers that have lowered forecasts have cited production shortfalls or mining problems–not a lack of demand. Some of this weakness may stem from the quality of the coal. Demand for lower grades of met coal tends to fluctuate more frequently than demand for high-quality varietals.

In a demonstration of how worried investors are about Asian coal demand, shares of Alpha Natural Resources lost 11 percent of their value after the company announced its disappointing production forecast. Although the traumatic memories of the Great Recession and credit crunch loom large in many investors’ minds, Asian demand for met coal remains robust.

The recent drop in Chinese consumer prices is another positive development for Australia’s coal mining industry. If the government’s efforts to cool the country’s overheated economy continue to lower the inflation rate, the monetary authorities won’t face as much pressure to implement additional restrictions. If economic activity in the developed world continues to slow, China might dip into its 2008-09 playbook and implement stimulative policies to protect its domestic economy.

For the past several years, Australia and Indonesia have battled for the title of the world’s leading exporter of thermal coal. The same flooding that disrupted Australia’s met coal production also reduced its output of thermal coal, pushing up prices for Asian utilities. That being said, this price increase wasn’t as pronounced because Australia’s share of the thermal-coal market pales in comparison to its dominance of the market for met coal.

Over the long term, rising demand from India will drive Asian demand market for thermal coal. To meet rapidly increasing demand for electricity, India continues to construct a system of massive coal-fired power plants as part of a USD1 trillion investment in critical infrastructure over the next five years. Although India may not build as many coal plants as China, its middling domestic supply of thermal coal forces it to rely heavily on imports.

Thermal coal prices in the US had been depressed because of excess inventories that utilities built up during the Great Recession. Although the hottest summer in recent decades led to increased electricity demand and helped to normalize utilities’ glutted coal inventories, persistently low natural gas prices mean that power companies with flexible plants are unlikely to switch to coal.

Nevertheless, the US market for thermal coal has its pockets of strength.

Operators in Central Appalachia (CAPP) have shifted their focus from mining thermal coal to targeting met coal in recent years. In addition, CAPP is home to a large number of older underground mines. As coal seams thin and regulatory costs increase, profit margins have deteriorated substantially; operators have shuttered many smaller coal mines in recent years. This trend should continue.

Rising output from the Illinois Basin and the Powder River Basin (PRB) should offset this weakness. Coal deposits in the PRB are closer to the surface and haven’t been mined as extensively, leading to solid profit margins. Although PRB coal contains less energy than other varietals, this thermal coal is extremely low in sulfur.

The US Environmental Protection Agency (EPA) introduced the Cross State Air Pollution Rule to reduce emissions of sulfur dioxide and nitrous oxides. This controversial regulation included larger emission reductions than many power companies had expected and shorter time frames to bring their facilities into compliance. Some industry observers estimate that compliance costs could lead to a 10 percent increase in power prices.

Burning low-sulfur PRB coal is one way utilities can decrease their sulfur emissions; on the margin, these regulations should boost demand for PRB coal.

Coal produced from the Illinois Basin tends to more energy and sulfur. Historically, market for this coal has been limited because there weren’t enough plants with scrubbers that could burn high-sulfur varietals and comply with emission regulations. But many utilities have added these scrubbers to their power plants, enabling them to burn coal from the Illinois Basin.