Bill Ackman Will Light a Fire Under Procter & Gamble

On Thursday, news broke that Ackman’s investment firm, Pershing Square Capital Management, had purchased $2 billion worth of Procter & Gamble shares. That had many in the investment community wondering what Ackman, who has pressed for—and achieved—big changes at companies ranging from Target (NYSE: TGT) to Wendy’s International, has in mind for Procter & Gamble.

Fueling investor impatience is the fact that Procter & Gamble shares are about where they were a year ago, while competitors like Colgate-Palmolive (NYSE: CL) and Kimberly Clark (NYSE: KMB) have gained 19% and 28%, respectively.

Ackman’s entrance comes on the heels of the company’s recent warning that its sales would come in 1% to 2% below the year-earlier figure. That’s down from its original forecast of a 1% to 2% increase.

Current CEO Robert McDonald has been focusing heavily on growing Procter & Gamble overseas, but it’s still dependent on developed economies, such as the U.S. and Europe, for 60% of its sales. It’s also being hurt by the Chinese slowdown, rising commodity prices and the increasing U.S. dollar, which lowers the value of its overseas sales.

“Their brands are all viewed with a positive, but the margins aren’t there, and then when you get commodities pressure coming in, it eats into those margins, and then it’s reflected in the stock price,” fund manager Matt McCormick of investment firm Bahl & Gaynor told Reuters.

Ackman Is Quietly Biding His Time With Procter & Gamble

What remains to be seen is where Ackman goes from here. He has a long history of buying into struggling firms and pressuring them to make changes, particularly at the management level. At J.C. Penney (NYSE: JCP), he played a key role in getting Ron Johnson, former head of Apple’s (NasdaqGS: AAPL) retail stores, installed as CEO.

At CP Rail, he managed to get seven of his nominees elected to the company’s board and install Hunter Harrison, the successful former CEO of CP’s main rival, Canadian National Railway (NYSE: CNR) as CP’s new chief executive.

So far, Ackman has said little about his next move or how big of a stake he intends to build in Procter & Gamble. The company, for its part, is also saying little, though it appears to be taking Ackman’s investment seriously; according to Bloomberg, P&G is considering hiring a public-relations firm and banks in the coming weeks to help it manage the situation.

At this point, Ackman’s options for pushing for real change at P&G are limited, mainly because of his small stake in the massive company. His $2-billion investment gives him an interest of just under 1%. “I’m not sure that buys you a lot of influence—it’s not enough to sway a vote,” Terry Kelly, a portfolio manager with Barlett & Co. Downtown, told Cincinnati.com on Friday.

Moreover, the company’s board was just re-elected in May, so he won’t be able to push for a shakeup at that level for nearly a year.

Still, his arrival is good news for P&G shareholders. For one, it ups the pressure on CEO McDonald to speed up the company’s restructuring and hit, or better yet exceed, his targeted $10 billion of savings by 2016. In addition, the company itself is now firmly under the microscope. Any further stumbles, and Ackman could rally more shareholders to his cause.

Asset Sales Could Be in the Cards for P&G

If given the power, what would an emboldened Ackman press for at P&G? He has a long history of pushing companies to sell underperforming assets and real estate. In P&G’s case, that could mean selling some of its many well-known brands.

Two possibilities are the Duracell battery and IAMS pet food divisions, which could bring in a total of $7 billion alone. Reportedly, P&G has already been feeling out the market to see if there is any interest from potential buyers. 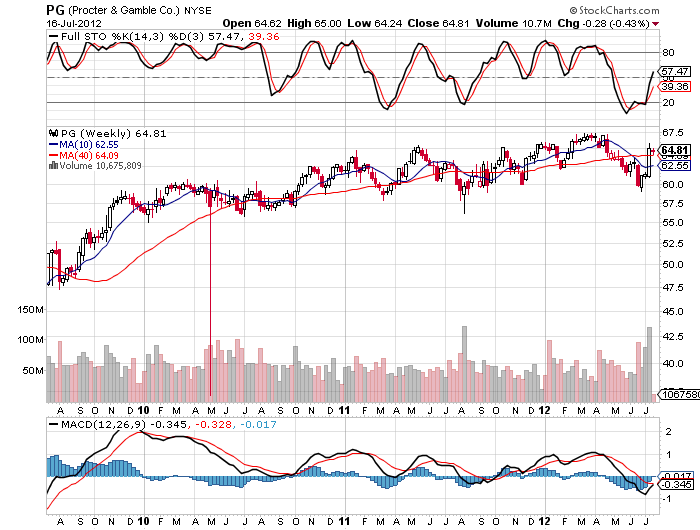 Chad Fraser is a veteran Canadian investment writer and a regular contributor to Canadian Edge. He’s been analyzing his home country’s economy and stock markets for more than 15 years through his work on some of Canada’s top investment publications, including Investor’s Digest of Canada, The Successful Investor and The Investment Reporter.

Resources are a big part of the Canadian investment story, and Chad has that angle covered through his experience as a writer with the Vancouver-based Resource Investing News website (resourceinvestingnews.com). His investing and personal finance articles have also appeared in newspapers and magazines like the Toronto Star, Canada’s largest daily, and Reader’s Digest Canada.

Chad has been writing for Investing Daily since November 2011.