S&P 500 is at Dividend-Adjusted All-Time High

But right after reaching a new four-year high, the market suffered acrophobia and immediately sold off, suffering its largest one-day decline in a month on Wednesday (Aug. 23rd) and is set to suffer its first weekly decline in almost two months.

The catalyst was – what else? – investor worries about the European debt crisis and Greece’s possible exit from the Euro. German Chancellor Angela Merkel and French President Francois Hollande met on Wednesday in preparation for Friday and Saturday meetings with Greek Prime Minister Antonis Samaras, who is expected to request “breathing space” from the European Central Bank and IMF by means of lessening the tax-and-spending austerity strings attached to its $240 billion bailout money. Merkel aided stock bears by stating that Europe faces its “deepest crisis” since WWII and a solution will be “long and arduous.”

Despite the recent decline, very few investors are bearish, which suggests that the market decline may have more room to run. Wednesday’s sentiment readings from Investors Intelligence showed 47.3% bulls and only 24.7% bears, which was the highest bullish percentage since April 11th and marked the widest discrepancy (22.6%) between bulls and bears since May 2nd. It turned out that May 2nd was a great time to go short because the S&P 500 dropped 9.6% over the following 30 days. It proves once again that it pays to be a contrarian; the market’s main objective is to inflict maximum pain on the maximum number of market participants. As Warren Buffett likes to say, “Be fearful when others are greedy, and be greedy when others are fearful.”

Still, I think any decline will be short-lived because, well, the S&P 500 just hit a four-year high. C’mon, how can you call a new four-year high anything but bullish? With Apple (NasdaqGS: AAPL) achieving the highest market capitalization ($619 billion) of any stock in history, things are looking up.

Big Stock Losers Over the Past Month

Market corrections sometimes mark a change in industry-sector leadership. To determine which industry sectors may be out of favor, I examined which individual stocks were the biggest percentage losers over the past month. My stock screen filters out stocks with low market caps (i.e., under $750 million) because they often have large percentage moves for no reason other than that they’re illiquid. Based on my research, three of the biggest losers this past month were in the mining, biotech, and Internet sectors. Let’s take each stock one-by-one:

Back in November 2010, I wrote an article entitled Avoid the New Rare Earth Metals ETF, in which I argued that rare earth metals would not be rare much longer and prices would fall on increased production. I was a bit early in my warning, as the sector continued to appreciate in value until April/May 2011, but the stocks have crashed since then. One of the worst decliners has been U.S.-based Molycorp, which is developing the Mountain Pass rare earth mine in California’s Mojave Desert. Since my negative article was published, the company’s stock has plummeted 71.8%.

On August 3rd, the company released horrible second-quarter financial results and announced that it was running out of money. On August 17th, it announced its money-raising plan involved issuing convertible preferred stock and new equity at dilutive prices below the then-current market price. The stock crashed on both the earnings and capital-raising announcements.

My take: companies that are desperate for cash don’t make good investments. Avoid.

This biotech stock which is developing a Hepatitis C drug is a favorite of value-investing legend Seth Klarman, but it has plunged on news that Bristol-Myers Squibb (NYSE: BMY), which is developing a similar drug, has decided to abandon it because one patient died of heart failure after taking the drug and others were hospitalized with heart and kidney problems.  Because Idenix’s Hep-C drug IDX184 is molecularly-similar, the FDA has placed a “partial clinical hold” on Idenix drug trials until more safety data can be analyzed. Such a hold is precautionary, but in no way means that IDX184 is doomed. In fact, more than 100 patients have already received the drug and none — zero — haver reported any cardiac problems.

It’s hard to argue with Seth Klarman, but his track record with biotech stocks isn’t good. He also was enamored with alzhemier drug company Targacept (NasdaqGS: TRGT), but dumped it after it released disappointing drug trial data. Still, Idenix may be worth a gamble given that its price decline is based soley on Bristol-Myers’ drug problem with no hard evidence that IDX 184 produces any cardiac issues. Idenix can easily wait out the FDA hold because it has zero debt.

My take: With Bristol-Myers now out of the Hep-C race, there is one less competitor for Idenix and that makes it a speculative buy.

I’ve hated this Internet coupon company from the very start, calling it the worst Internet IPO of 2011. The company has a shady history of cooking its accounting books. Its IPO price was $20 per share, but it has been on a one-way ticket down, down, down since then and now trades at $4.44. On August 14th, the stock crashed 27% after it released its second-quarter financial report which showed that revenue growth at its core coupon business was on the verge of turning negative.

Several of the company’s early venture-capital backers are dumping the stock even at these low levels which is a bad sign. Furthermore, several of Groupon’s senior executives are leaving the company. What a complete and utter disaster!  Fortunately, Investing Daily readers were warned of this disaster in advance and hopefully saved themselves some money by avoiding the stock.

My take: Despite this company being located in my favorite city of Chicago, I continue to rate Groupon “avoid.” 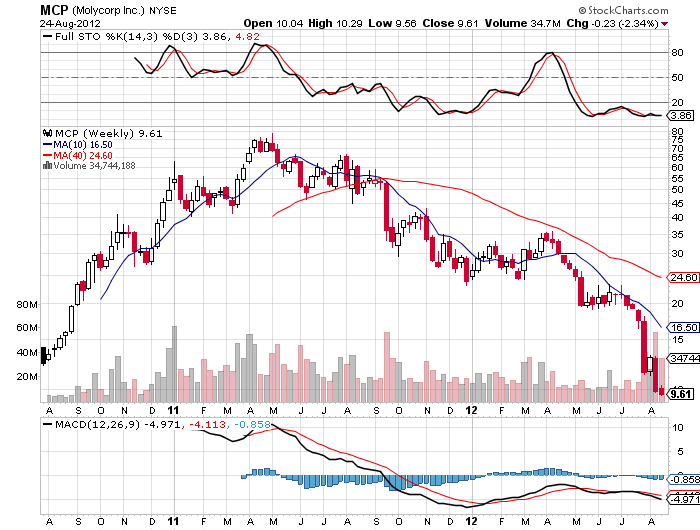 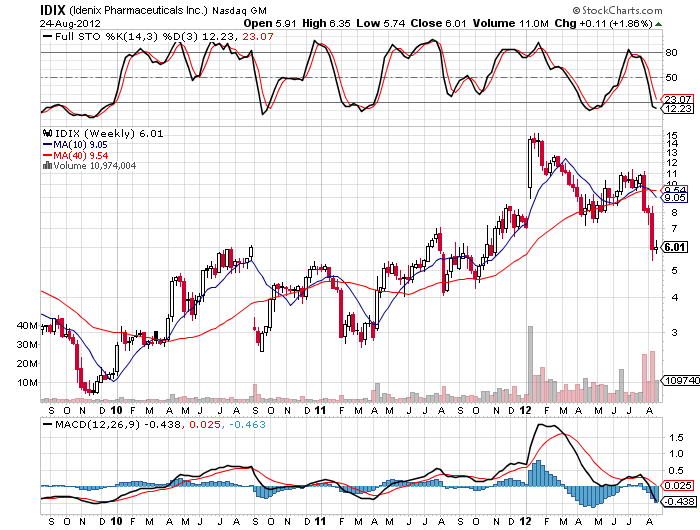