There are few positives in the August employment report. The US created 96,000 total jobs in the month and 103,000 private sector jobs, compared to consensus expectations for 130,000 and 142,000 respectively.

Of course, there’s a large margin of error in each month’s employment report and the Bureau of Labor Statistics routinely revises prior months’ data several times. That’s why I tend to look at average data for each quarter for a better read on momentum in the employment market (see chart, below). 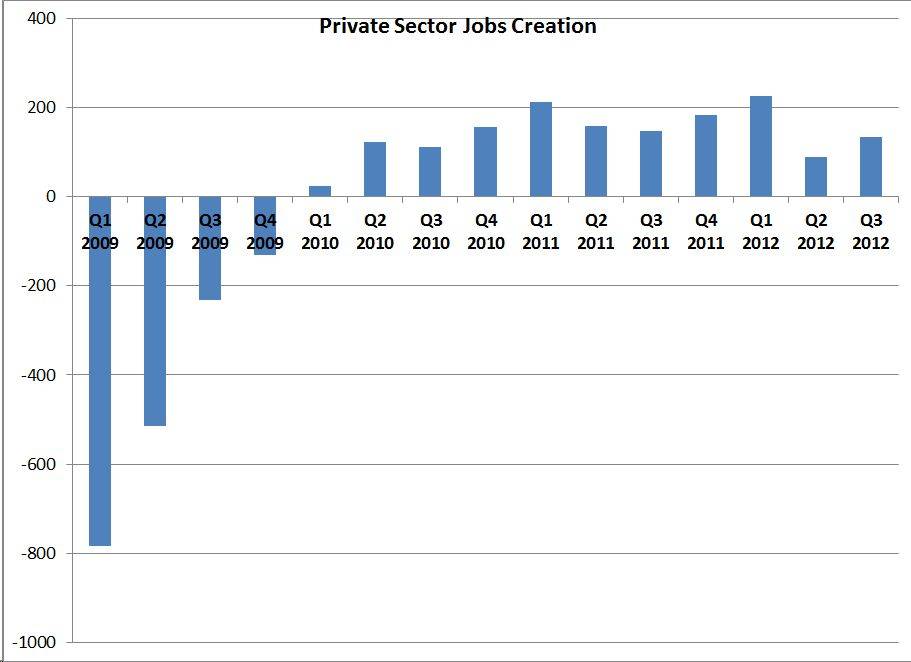 One of the most important unemployment rate indicators to watch is the labor participation rate (see chart, below). 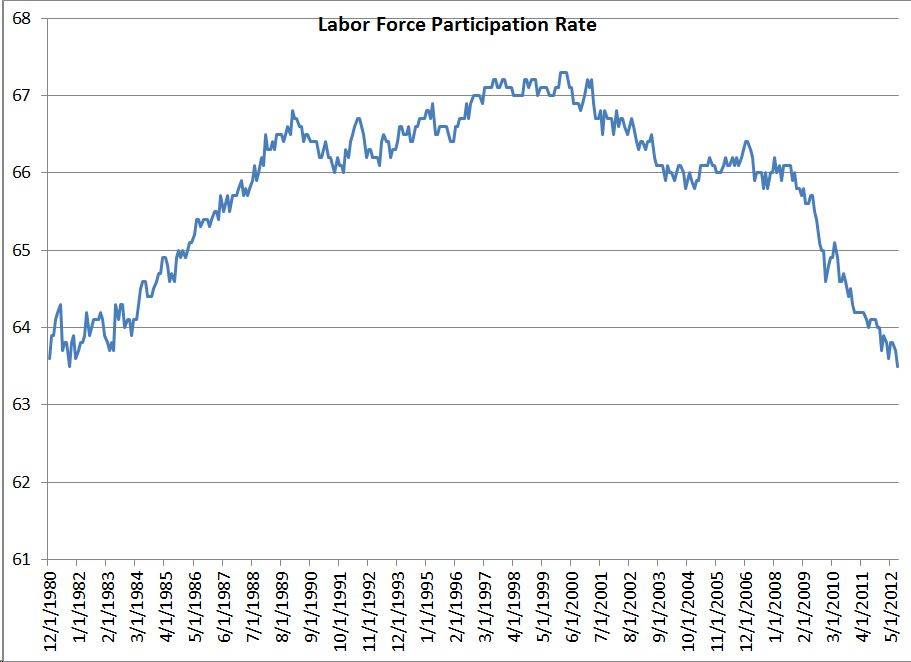 From 2001 to 2007, the labor force participation rate generally moved sideways. That’s because at some point, even a strong labor market can’t attract additional workers or coax new employees out of retirement.

However, during the financial crisis and recession of 2007-2009, the labor force participation rate plummeted at its fastest pace in history and is now back to levels last witnessed before the 1982 to 2000 run-up. As labor market conditions collapsed, many workers simply couldn’t find work. Some gave up looking for jobs and returned to school, or decided to retire early and stopped looking for jobs.

Others became what the BLS calls discouraged workers, individuals who would like a job and have looked for employment in the past 12 months but have stopped searching because they believe there are no jobs available for which they’re qualified.

Other individuals are currently under-employed, which means they took part-time work because they couldn’t find full-time jobs in their industry. These workers didn’t choose part-time work but were forced into such jobs by economic circumstances.

If we include all of the unemployed, discouraged workers and others marginally attached to the labor force, the real headline unemployment rate in the US is 14.7 percent of the labor force, down only slightly from its late 2009 highs of 17.2 percent and up from its 2012 lows of 14.3 percent.

There was even more troubling news in the August unemployment report. The average workweek for all workers remained unchanged; in a strong labor market economists look for the average length of the workweek to increase as employers work their existing labor force harder to keep up with demand. The average workweek for manufacturing workers actually fell by 0.2 hours, a data point that confirms the weak reading on the Manufacturing Purchasing Manager’s Index (PMI) earlier this week.

Amid this litany of bad news, the market’s reaction was muted and stocks traded nearly unchanged through midday, holding onto much of Thursday’s significant rally. The only plausible fundamental explanation for the strength in stocks is that investors assume the weak employment report will prompt the US Federal Reserve to announce a third round of quantitative easing (QE3) at its meeting on September 12.

About half of Wall Street’s economists are looking for a major policy announcement next week in terms of quantitative easing, while another significant cadre believes the Fed will announce QE3 later in 2012. Because the market appears to be pricing in a strong chance of a QE3 announcement next week, investors are vulnerable if the Fed decides to punt that decision until after the election.

Super Mario to the Rescue

European Central Bank (ECB) President Mario Draghi delivered the news this week for which investors have yearned. Draghi announced the ECB would undertake Outright Monetary Transaction (OMT), meaning that the central bank would buy sovereign government bonds of EU nations which are already signed up for assistance from the EU in the form of the European Financial Stability Facility (EFSF) or European Stability Mechanism (ESM) and accompanying austerity regime.

The key is that the EFSF/ESM funding program must hold the potential for EFSF or ESM primary market bond purchases; primary market purchases involve the purchase of bonds (lending) directly from governments. The ECB plans to focus its purchases on bonds with maturities from 1 to 3 years.

Importantly, the ECB announced that there would be no quantitative upside to the amount of bonds it would purchase. The threat that the central bank could purchase bonds in unlimited quantities to drive down sovereign interest rates for the likes of Spain and Italy is probably enough to keep a lid on any upside in shorter-term sovereign rates. The ECB, however, did not announce specific caps on rates for member states’ government bond yields.

There are still a number of details that need to be worked out about the European plan, including the fact that neither Spain nor Italy—the two countries at the center of this year’s sovereign crisis—have actually applied for EFSF/ESM programs. Moreover, the plan does little to change the fact that Europe is in the midst of a nasty recession that appears to be getting worse. However, the announcement is probably enough to quell fears of a breakup of the euro zone, something I have repeatedly said in this publication was unlikely.

The push and pull of weak fundamentals and policy leaves this market among the most uncertain in recent memory. The S&P 500 broke out of a five-month base on heavy volume Thursday in the wake of the ECB announcement. When a market breaks out to multi-year highs on increasing volume AND shrugs off news as bad as Friday’s employment report, investors should respect that strength. That said, there remains a solid chance this breakout could be short-lived if the Federal Reserve announcement next week doesn’t live up to market expectations. I continue to see high risks of a pullback this month for the broader market.

Investors should remain defensive for now. I continue to prefer more stable recession-resistant groups such as consumer staples and health care. I also favor larger companies as opposed to mid- and small-cap names, because they offer more earnings stability, as well as significant yields and potential for dividend growth in coming years. These groups have continued to perform in-line or better than the broader market averages, which means investors aren’t giving up significant upside by staying defensive.