A Royal Pain for King Coal

Please bear with me if I seem to have tunnel vision lately over the developing natural gas inventory situation. I think it’s a huge story, and one that investors should watch closely over the next year or two.

But over the longer term, there are other factors that will shape demand for natural gas. One of these is the fate of coal-fired power in the US.

The Energy Information Administration (EIA) covered the issue in its Annual Energy Outlook (AEO) for 2014. With each AEO, the EIA evaluates “a wide range of trends and issues that could have major implications for US energy markets” and uses this information to create its reference cases. In situations where there are major revisions from one year to the next, investors should take note. That is the case with one of this year’s AEO reference cases.

In 2011 the US Environmental Protection Agency (EPA) finalized its Mercury and Air Toxics Standards (MATS). This regulation affects some 1,300 of the country’s largest power plants as well as future power plants, and is designed to limit emissions of mercury and other toxic substances. The rules will start coming into effect in 2015 and 2016. In addition to mercury, the regulations cover arsenic, chromium and nickel, as well as acid gases like hydrochloric acid and hydrofluoric acid.

The EPA projects that MATS could prevent up to 11,000 premature deaths each year, while generating up to $90 billion in annual health benefits by requiring power plants to realize “emission reductions achieved by the average of the top 12 percent best controlled sources.” In other words, the EPA has said “clean up your emissions to levels that are currently being achieved by the best in class.”

A number of industry groups argued that it would require expensive compliance and potentially force them to close down some coal-fired power plants. (EPA estimates the total national annual cost of this rule at $9.6 billion). But despite court challenges and some favorable rulings for these industry groups, MATS should come into effect over the next two years. Thus, some coal-fired power plants that have marginal economics or were nearing the end of their useful life have opted to shut down rather than come into compliance.

A year ago, the EIA estimated that nearly 40 gigawatts (GW) would be retired by 2016 as a result, with a few more GW retired by 2020. In the new reference case, the EIA has increased the expected capacity of power that will be retired by nearly 50 percent:

The location of the plants to be retired is of significant interest: 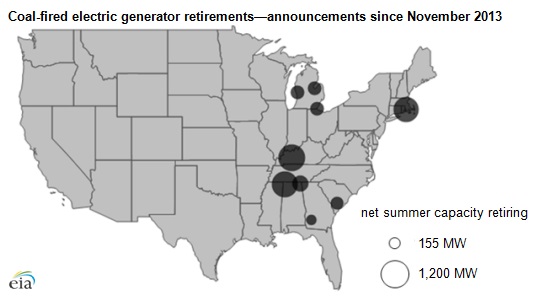 Note the proximity of these plants to the Marcellus Shale, which is now the most prolific natural gas producing region of the country: 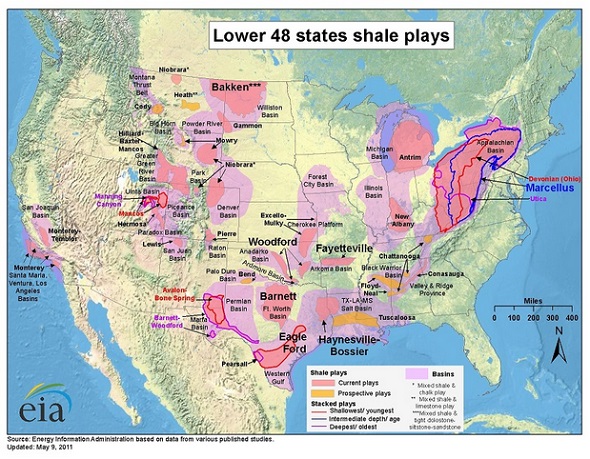 Thus, natural gas is well-positioned to replace the electricity capacity of these soon-to-be-mothballed coal-fired plants. Renewables will help pick up some of the slack, but most of the firm power that coal now provides will be replaced with natural gas. The EIA projects steady growth in natural gas demand through 2035, at the expense of coal and nuclear power. 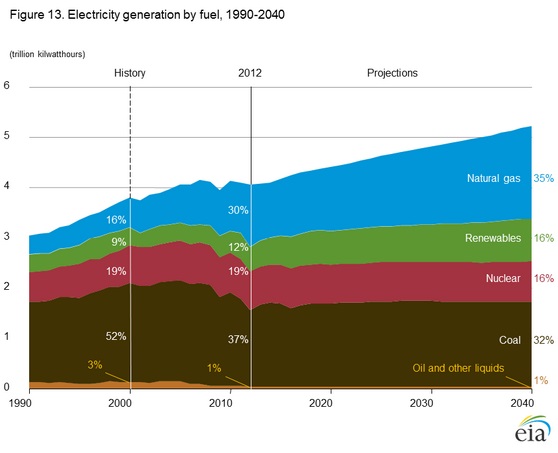 The new mercury regulations from the EPA are forcing the early closure of certain coal-fired power plants, and that stands to benefit the natural gas industry as well as the renewable power industry. This is but a single driver of natural gas prices. Others, which I have covered in previous articles, are additional EPA regulations on carbon dioxide emissions and pending LNG export terminals in the long run, while in the short term the depleted natural gas inventory picture that developed this winter should provide strong support for natural gas prices.