In recent weeks we have discussed the impending IPOs of Black Stone Minerals (NYSE: BSM) and Enviva Partners (NYSE: EVA). Our advice was to avoid BSM, which generates revenues primarily via mineral royalties.

Enviva, on the other hand, is the first publicly traded MLP based on the production and sale of wood pellets, and looked more interesting. It is in a fast-growing business, and one that is likely to become increasingly important in the future. I noted last week that “MLP investors who would like to make more investments in renewable energy will find a lot to like here.”

There is now one more IPO in the works. On April 20 GPM Petroleum (GPMP) filed paperwork with the SEC to raise up to $100 million. GPM Investments (GPM) is the sponsor of this wholesale distributor of motor fuels, which sells them at a fixed fee per gallon to convenience stores and third parties.

As of April 15, GPM controlled over 500 convenience stores selling motor fuel, snacks and other merchandise to motorists in the Mid-Atlantic, Southeastern, Midwestern and Northeastern United States. GPMP is one of the largest independent motor fuel distributors in the United States based on the number of its stores and the largest distributor of Valero-branded motor fuel on the East Coast. 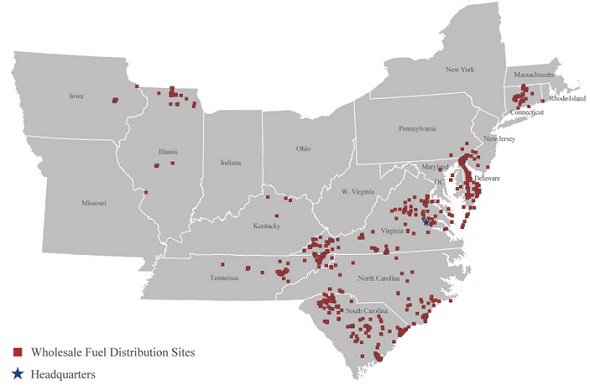 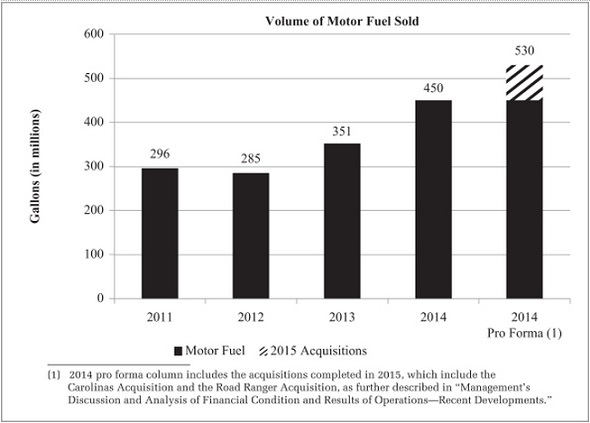 Adjusted EBITDA of the partnership’s predecessor increased from $15.3 million in 2013 to $31.6 million in 2014, primarily as a result of acquisitions. Cash available for distribution last year would have totaled approximately $20.8 million.

The initial filing did not specify the projected minimum quarterly distribution, nor projected revenue, profits, or cash available for distribution for the next 12 months. Until these blanks are filled in, it’s impossible to determine the value of this partnership relative to its peers.