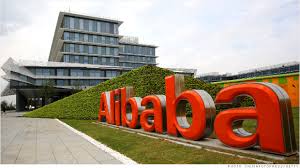 Last Friday’s Initial Public Offering (“IPO”) of stock in Chinese internet conglomerate Alibaba (NYSE: BABA) took the market by storm, jumping more than a third in value from its offering price of $68 a share when it finally started trading. This transaction raised almost $22 billion for the consortium of sellers, making it the largest IPO ever in the United States and formally detaches the company from former owner Yahoo (NSDQ: YHOO).

Interestingly, Yahoo’s stock price dropped more than 2% at the same time, suggesting that investors believe that Yahoo will be a weaker business without Alibaba as one of its operating divisions. However, Yahoo still retains a 16% ownership stake in Alibaba so it will continue to derive substantial economic benefit from it.

Although Friday’s activity provided a lot of excitement on what otherwise would have been an uneventful day, the much more important issue from a long term perspective is whether or not investors are getting this one right. Alibaba has been referred to as the Chinese equivalent of Google, eBay, and Amazon all wrapped into one, which certainly suggests an almost limitless future.

And while it’s hard to imagine Alibaba not dominating Asian eCommerce in the coming years, it is not so hard to imagine that investors might be a bit too enthusiastic about its worth as a business. It wasn’t that long ago (actually, less than a year) that Amazon.com (NSDQ: AMZN) was considered a “can’t miss” tech stock that was on the verge of dominating eCommerce in the U.S. Company Founder and CEO Jeff Bezos was featured on “60 Minutes” extolling the virtues of fully robotic warehouses delivering packages by computer operated drones.

But a funny thing happened on the way to the victory parade; it didn’t happen. Instead, investors began to shy away from a company with diminishing margins and rapidly expanding expenses. Over the course of a few short months the stock price dropped from a peak of $408 to a low of $284, and is now trading in the $330 range. Even still it is still trading at over 500 times trailing-twelve-month earnings, suggesting that investors are reluctant to acknowledge that the company may still be overvalued.

If history is any guide, Alibaba stock will steadily climb towards the $100 mark before anyone begins to evaluate it as an actual business. For now it is the latest “shiny metal” to excite the tech world that will distract investors from the reality of discerning consistently profitable businesses from those that are priced based on the expectation of profits at some unknown point in time.

A Big Deal in Cloud Software

A large acquisition announced last week in the cloud-software segment could spark a new round of deal making. SAP (SAP), a major provider of legacy (on premise) enterprise software solutions, is buying Concur Technologies (CNQR), a provider of cloud-based enterprise travel and expense management solutions, for $129 a share in a deal worth $7.36 billion in cash ($8.3 billion including debt).

This transaction is taking place at a very high valuation, which could now move the bar up in terms of what cloud-software companies are able to fetch in buyouts, especially when the acquirer is a legacy vendor looking to buy growth.

Using the deal’s enterprise value (including Concur’s convertible notes on its balance sheet), the forward multiples are 11.9 and 9.6, respectively.

Granted, Concur is an established player, with more than 23,000 customers and 25 million users in the cloud. Top-line growth next year is expected to come in at more than 24% (SAP’s 2015 revenue growth is projected to be around 7%) and the company is on a clear path to $1 billion in annual revenue. But the deal valuation metrics are above recent M&A valuations in cloud software.

There was speculation last week that SAP’s latest move to the cloud (the company has now spent $16 billion on cloud-related software M&A since December 2011) could spark more deals, as other large software vendors look to grab market share and future growth via acquisitions.

While there is no guarantee that a new wave of deals is on the horizon, there is a group of potential takeover candidates putting up strong growth numbers in their individual software niches. In the Next Wave Portfolio, Marketo (MKTO) stands out as the last major publicly traded cloud-software play in marketing automation. Splunk (SPLK), which I wrote about in the September 2014 issue of Smart-Tech Investor, is a significant asset in big data analytics.

In next-generation business intelligence (BI)/analytics, Tableau Software (DATA) and Qlik Technologies (QLIK) are both taking data visualization to the next level, winning customers over from legacy BI vendors, including Business Objects (bought by SAP in October 2007) and Cognos (bought by IBM in November 2007). With Salesforce.com (CRM) widely expected to soon add an Analytics Cloud to its portfolio of offerings, BI/analytics could be the next hot area for deals.

Demandware (DWRE), a provider of cloud-based e-commerce solutions used by retailers and brands, could be a target for vendors looking to expand their presence in digital commerce, a segment where Oracle (ORCL), SAP (SAP), IBM (IBM) and cloud-based ERP software maker NetSuite (N) are all fighting it out for share.

With Demandware’s solutions, business customers are able to easily design, quickly implement and fully manage their own customized e-commerce sites—including websites, mobile applications and digital storefronts. With a recent market cap of $1.93 billion, Demandware trades at 9.1 times the 2015 consensus revenue estimate of $212 million. Top-line growth at Demandware for this year and next is expected to average 43%.

Marketo remains a Buy up to $30 in the Next Wave Portfolio.

Oracle Update: A Shift at the Top

Last week, Larry Ellison stepped aside as CEO of Oracle (ORCL), the company he founded in 1977. But he really isn’t going anywhere. Ellison will now be chairman of the board and chief technology officer. With all software and hardware engineering functions continuing to report to him, Ellison’s title at the company may have shifted, but his role certainly hasn’t been diminished.

Mark Hurd and Safra Catz, who have been Oracle’s co-presidents since 2010, will now share the CEO title. Some have wondered if the position elevation was simply a way to keep these two from being poached; there have been rumors in the past that both Hurd and Catz have been actively recruited to fill CEO spots at various tech companies.

Ellison, now 70, moving out of the CEO spot actually looks like a long-term positive for Oracle in terms of succession planning. The co-CEO arrangement may work, or maybe over time one of the two will leave. Oracle would be in very capable hands under either Hurd or Catz on a standalone basis. Hurd is the quintessential salesman, while Catz focuses more on the back office and deal making.

Oracle last week also announced its fiscal first quarter (April) earnings: EPS of 62 cents missed the consensus estimate by two cents and revenue rose 3% to $8.6 billion, below the consensus of $8.85 billion. Oracle’s FQ1 is always a seasonally weaker one.

While top-line growth isn’t all that inspiring (dragged down in the latest quarter by hardware systems revenue falling 8% to $1.2 billion), Oracle continues to build out its cloud presence. In fiscal Q1, cloud services revenue rose 30% to $475 million, driven by 32% growth in Software-as-a-Service (SaaS) and Platform-as-a-Service (PaaS) revenue.

At roughly 6% of total revenue, the cloud business at this point barely moves the needle at Oracle, but the management team is laser-focused on transitioning the company into a major cloud-software player. This simply has to be the strategy because enterprise software in general is headed to the cloud, and that’s where the growth is these days.

If Oracle stays the course in terms of its aggressive M&A strategy, expect the company to remain active on the buyout front to help boost its growth in the cloud. For fiscal Q2, a seasonally stronger quarter, Oracle expects the cloud unit to show revenue growth of at least 40%.

Oracle remains a Buy up to $39 in the Investments Portfolio.