Taking Off the Mask

Halloween has come and gone, marking the end of October and the irrational fear of a major stock market correction that always comes with it. In fact, even with the “mini correction” that occurred during the second week of October, the month as a whole was positive for all of the major market indexes.

As far as anyone can tell at the moment, the best explanation for why the market chose to nose dive more than 5% over the course of a week is attributable to fears over the Ebola outbreak escalating into a full-scale pandemic. I’m still not convinced that is really the case, as most investors do not usually react that quickly and severely to something that is not perceived as directly affecting the financial markets.

Yes, a full-scale pandemic would interrupt global commerce to some degree and probably result in less consumer activity as people avoid public places such as shopping malls and grocery stores. But an equally strong argument can be made that much of that commerce would be conducted online, in which case the net impact on overall spending could be minimal.

In fact, it’s interesting to note that both Amazon.com and eBay experienced a noticeable uptick in stock price during the third week of October, immediately after the panic reached its apex during the second week. Although we still don’t think much of Amazon’s revenue model, clearly they would be one the primary beneficiaries from a surge in online commerce. 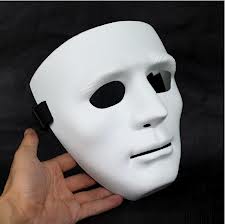 And while most people were donning masks and costumes to celebrate Halloween, Apple CEO Tim Cook publicly revealed he is gay in an essay published in Bloomberg Businessweek on October 30th. While that announcement took no one by surprise in the tech community, it was still considered somewhat daring since many countries in which Apple does business still enforce laws that condemn homosexuality.

The good news is the stock market got this one right: Apple stock has climbed to $110 on the strength of its financial performance, while Amazon stock receded back towards $300 where it rightfully belongs.  In short, after seeing past the façade of irrational fear investors correctly determined that a sound business model is worth much more than unsustainable appearances.

Also getting it right is Silicon Motion Technology Corp. (NSDQ: SIMO), which we added to our Next Wave Portfolio six months ago when it was trading below $17. Now priced near $24, the company continues to exceed expectations as Rob DeFrancesco outlines below.

Per-share earnings of 52 cents topped the consensus estimate by two cents. Gross margin of 52.9%, up 70 basis points sequentially, came in above the guidance range of 50% to 52%.

Sales of Silicon Motion’s eMMC controllers, representing the largest piece of the company’s embedded storage products unit, continue to grow faster than the market, leading to share gains. For 2014, Silicon Motion expects its eMMC controller sales to expand at more than twice the 20% to 25% growth rate of the overall market, taking the company’s share up to 25%. For 2015, the market-share goal remains 40%.

On the SSD side, the company’s client controllers continue to gain traction in the retail aftermarket, while sales into the PC OEM SSD market should begin to really kick in starting early next year. Silicon Motion’s storage OEM customer is already shipping limited quantities of cache SSDs to three global PC OEMs, and is on track to begin volume shipments in the first quarter of 2015.

Based on the buildup of the existing pipeline with module-maker customers, the storage OEM and three NAND Flash partners, Silicon Motion remains on target to scale its client SSD sales next year by three to four times 2014 sales, which are expected to come in toward the high end of the $15 million to $20 million range, putting 2015 revenue at anywhere between $45 million and $80 million.

Silicon Motion is experiencing a rebound in its LTE transceiver business. In Q3, sales of mobile communications products (primarily LTE transceivers and mobile TV IC solutions) increased 48% sequentially to $12.6 million. Samsung is now shipping a number of devices into the Korean market (including the Galaxy Alpha, Galaxy Note 4 and Galaxy Note 4 Edge) using the company’s LTE-Advanced transceiver. Silicon Motion is working with Samsung to secure new projects for 2015.

For Q4, Silicon Motion expects normal seasonality, with revenue down 5% to 10% sequentially, but up 52.5% year over year at the midpoint of guidance. Gross margin is expected to come in between 50% and 52%.

Silicon Motion Technology remains a ‘Buy’ up to $25 in the Next Wave Portfolio.