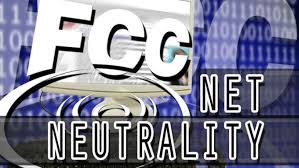 Net Neutrality is getting a lot of press these days. So much so that the President has now weighed in with an official position. In theory net neutrality is pretty straightforward; Internet carriers can’t set different prices for different vendor’s products which could enable them to shape the market.

Like a campaign slogan, that is all well and good until the individual products are examined. The courts and everyone agreed that a company (Napster) which was selling pirated software could be limited and ultimately shut down. However, what to do when all content becomes digital and sent through the Internet carrier’s infrastructure?

AT&T and Verizon responded by saying that they could not be forced to make investments in order to scale up their infrastructure which would bring no additional revenue to offset the requisite large investments. And earlier this year Comcast reached an agreement with Netflix to charge them more for the bandwidth their customers were using to stream movies down their cable lines.

Now this isn’t theory that was a precedent from anyone’s perspective. The FCC has also said they do not want to pick winners and losers, but without a doubt they will have to. When Netflix was mailing DVDs they had to pay for the mail service they consumed to move all of those movies to their customers homes. The same is true for all the bandwidth they are using to now stream these movies to their customers.

Seems simple enough, but once Internet companies can charge for content types and volumes we immediately begin the ascent up the proverbial slippery slope. Here’s why: in reality, Amazon, Google and Netflix are in competition with the major Internet providers including Verizon, AT&T and Comcast. The content is what generates the revenue, so some regulation will be required.

Whether it is that the Internet providers should have to provide the bandwidth at the same price they charge one of their customers to surf the web – or if they can charge for bandwidth by application – the wide open days of the web are numbered. If we look back to the last technology long wave, autos and highways were certainly regulated. Further, the telephone industry was also regulated. It had to be, as AT&T essentially came to own 100% marketshare.

Whether the FCC likes it or not they will have to pick winners and losers. They did it before and they can do it again. My money is on the least intrusive type of ruling, but in the long run it won’t matter. From an investor’s perspective the concern is likely years away before rulings are handed down and then the obligatory appeals to delay the process several more years.

When I factor the BiQ scores for our coverage universe – “The Smart Tech 50” – I have always thought about how the net would be changing. From looking back in the past, what we saw was that regulators tend to choose the deepest pockets for protection. That’s how AT&T came to be the behemoth it had become by the 1970s. I suspect that the FCC will remain conservative and rule for the companies which are providing the Internet. This means that Verizon and AT&T will likely get favorable rulings as the initial rulings are made. As proof, when the largest cell company from Japan wanted to buy one of the US cellular companies the FCC would not allow it.

Japan had a major cellular price war and the old Telco was bested by the upstart cell company. This is why the government would not allow a price-based competitor into the cellular market. Not only was this a foreign takeover of an American industry, but it was also replete with the possibility that many jobs could be lost – impacting an already wounded economy.

I suspect when the dust begins to settle this will be the same logic the FCC will employ. However, unlike AT&T in the 20th century, these Internet providers will be on both sides of the competitive fence, Content as well as Internet providers. Just looking at the past decade, we have witnessed Verizon and others become content providers. Verizon is simply practicing innogration.

We saw all the firewalls which had been regulated into place be removed by the end of the 20th century. The most famous was the removal of the Glass-Steagall Act under the Clinton administration. Prior to then (and as a result of one of the causes of the Great Depression), banks had been prohibited from being savings bank and selling securities at the same time. The nine-page Glass-Steagall Act was replaced by a 40,000 page watered down piece of legislation. The upshot is the banks can be on both sides of the fence. The telecommunication companies will fare no differently.

The steeper side of this slope to be scaled by Google, Amazon, Netflix, and Cinemax etc (the list would be quite long) is that they will have to pay for all the bandwidth they consume PLUS whatever Verizon, AT&T and the cable companies can squeeze into the cost equation.

The STI 50 has some tech companies in the list which are far from momentum go-go names like Amazon and Google. The reason is because we factor in who has the capital and is putting it to use to improve their products. Those are the companies which will continue to grow their earnings and repay their investors with the greatest returns over the long haul.

Like any competition – the only way a company can continue to win is to constantly innograte within their product sets. No one can catch up if you don’t slow down. This is why technology companies tend to utterly dominate their categories instead of having four or five companies jockeying for position. It is only when we see the Blackberrys of the world lean back and think they have the market all sown up that we see them trumped by someone like Apple, a company which had the cash and vision to move into an adjacent sector and take the leadership in the cellular industry.

Technology also features a constant process of not only innovation but also of convergence. We see tech companies constantly moving into new markets and sub industries in order to grow their strength and marketshare. Microsoft became famous first for DOS and then Windows but today what they are really making money on is their office product. Their future is their new lineup of Cloud, smartphones and tablets.

Verizon and AT&T have the BiQ scores they have today because we have always believed that the regulations would come but in the way of a much more conservative approach. The reason why we have not scored Google, Amazon and Netflix as high in our strategy scores is because they are not yet bearing the full weight of what their products cost to take to market. But they will…

When the Amazons and the Googles will be required to pay more for the bandwidth that their customers require, what will their profit look like? Costs will go up, but with a market price that has already been set. Amazon generates billions in sales, but essentially no profit. And all the while they have not been paying the true costs of bringing their products to market.

Once they will have to bear the full cost, we suspect you will see two dynamics occur: First, they will begin to divest the products they can’t make money with today. Second, you will see that the better run Internet providers will be providing services which can displace their competitors’ product even if the quality is not equal.

If the FCC doesn’t regulate in this conservative way, then what is the alternative; free Internet from the government? I doubt it; the Post Office is the poster child for this kind of an approach. Stick with the innogration model from STI, as it is looking at these and more factors to generate the best possible returns for you.