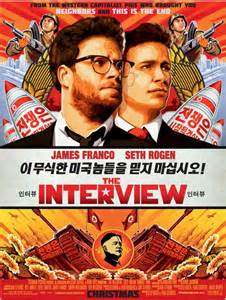 Sony has gotten a tremendous amount of press recently for arguably one of the stupidest films ever made, “The Interview”, starring Seth Rogen and James Franco. The premise is that two journalists are recruited by the CIA to assassinate North Korean leader Kim Jogn-un while doing an interview with him. Purportedly he took offense at the message and authorized a hack into Sony’s server, capturing an enormous amount of internal data including private email messages and employee’s personnel records.

In the long run Sony will make more money from all of the hoopla than had the picture been released without a petty dictator making a big fuss over it. What the movie is really about beyond the farce of the premise, I have no idea and I also don’t care. But here is why you should care about Sony’s lack of innogration and its future as a stock.

A decade-plus ago Sony was producing the best music player in their Sony Walkman product. It really was one of the first truly mobile music players and it dominated that category. Further, Sony made the investment in owning music content through by acquiring rights to future albums that singers such as Michael Jackson would release. They also manufactured TVs, stereos and every other facet of music and movie play-back types of machines.

So with this huge lead in technology, what did Sony do? They paid absolutely no attention to trends in technology like the tidal wave of digital technologies landing on all of their market spaces. They tried to make MP3 players as if that were the only substantive changes occurring within the music industry. They viewed the digitization of technology as nothing different than simply another form of VCR.

Instead, Sony, which owned every facet of the music content, distribution and playback technologies opted to do – wait for it – absolutely nothing. Apple, which had no music content licensing or music playback technologies, took a radically different approach to the development of these technologies. Apple completely redesigned a new MP3 player and made it easier to legally download music and play it back when they introduced the iPod.

Apple did so because they didn’t simply look at the iPod as another type of VCR. Instead, Apple – the sheer definition of a music industry outsider – decided to leverage the emergence of the digitization of music and remake the consumer’s experience in listening to the music.

First, Apple produced a simple to use iPod. Second, they created software (iTunes) to manage your music as they realized that the digitization of music was indeed a paradigm shift. A paradigm shift is a change which the market will never move away from. Therefore they produced software to manage large collections of music. When I first used iTunes, I thought wow – total overkill! But then as I converted all of my music CDs to MP3s I realized that this software could manage my music for as long as I could see.

Of course, Apple went and also created an online feature to iTunes where consumers could purchase and download music quickly and the music would be inserted seamlessly into the customer’s iTunes library. What Apple saw, which Sony did not, was that the days of customers walking to music stores were dead. Further, the real money was not in trying to replicate the old movie studio model such as Paramount Pictures owning the development of movies, or to be the old music label, but rather to take a small cut of the transaction and simply offer a completely seamless music or movie purchasing experience.

In other words Apple saw themselves as a technology company whereas Sony only saw their company as the King of the 1950s version of the music and movie media industry. Apple practiced both inventing as well as integrating the new technologies that were invented elsewhere. We all know how the story ended up for Apple.

The story for Sony is far from over. Though the executives at Sony are popping champagne corks as their campy little film moves into the black – the rest of us are looking at Sony and wondering what on earth are they thinking? Companies like Netflix, HBO, Apple, etc. have created widgets for every TV to download movies. Some of these companies, like Netflix, are even cutting deals for original content. And Sony has of course taken notice and done – nothing?

The story for Sony gets even worse. Although they have had some success in gaming like their PlayStation product, it continues to go offline from hacks and system failures. It did so again after Christmas when all the kiddies were trying to play their new PlayStation gaming rigs. So the hack by North Korea was nothing new for Sony. Sony has demonstrated for years that it invests in neither security nor the customer’s experience, and even a country which barely uses electricity knew this!

North Korea did hack Sony and bailed Sony out of what would have been another film which was a dud except for the pot smoker segment. The underlying reality for investors is that Sony is effectively yelling at the top of their lungs that they don’t understand innogration, and don’t understand why Apple is the most valuable company in the world or even that Sony’s legacy model is in tatters.

Sony, in its effort to increase profits, chose to cut costs as revenue walked out the door to Amazon, Apple, and Netflix. It chose not to invest and certainly not to innovate. Sony as an enterprise would be better off to break the company up into smaller pieces and then see if the new management teams understand that the world has in fact changed and they need an entirely new model to go to market with.

Sony had, and still has, enough resources to produce products which make us here at STI sit up and take notice of them as a technology company because Sony does, in fact, create electronic products. The reason why we don’t list them as tech company is because they are whistling past the proverbial graveyard and are doing absolutely nothing to compete in the media world of the twenty-first century.

Sony got very lucky by Kim Jong-un’s having taken notice of the campy little farce about to be released. From an investor’s point of view we recommend asking the question – how many petty dictators are there in the world for Sony to continue producing insipid movies about in an effort to demonstrate that Sony has some long term value for investors? Four years ago their stock was almost two times greater than it is today. Maybe Sony should have made the movie about ousting its own CEO instead?

Now, a movie showing how Sony blew its lead in the marketplace while continuing to not understand the discontinuous change in the marketplace is a film I would have shelled out $15 bucks to go laugh my head off at in the movie theaters.

Do not be tempted by Sony’s historically low price; it is a long term loser in the innogration battle and is a very risky investment.