Born in the USA: 3 Red, White and Blue Chip Stocks for Growth

If you think all old-line companies in America’s industrial heartland are basket cases, think again. That’s a false narrative.

Many industrial firms based in the United States don’t need red caps emblazoned with slogans; they’re already great. Below, we pinpoint three industrial sector stocks that are future bonanzas for investors,  but they tend to get ignored by Wall Street.

Sure, the world has shifted to an information-based economy, creating winners and losers. But in recent years, a quiet revolution has unfolded in the U.S. economy: many domestic industrial companies are in the ascendancy. They’re streamlining operations, spawning innovation and adding jobs. As flashier technology and consumer stocks hog the media spotlight, these unsung heroes of the so-called Rust Belt are belittled.

Let’s look at three of the best.

This railroad operator combines new technology with roll-up-your-sleeves industrial activity. The stock may lack glamor, but Union Pacific continually upgrades its infrastructure and embraces the latest advances in transportation.

Based in Omaha, Nebraska, Union Pacific is the largest freight-hauling railroad in North America. UNP operates 8,500 locomotives over 32,100 route-miles throughout 23 states in the U.S. Union Pacific’s operations in the central and western half of the U.S. are valuable territory, giving the company enormous price elasticity.

Founded in 1862, UNP was a barometer for overall economic growth in the 19th century and it still is today. And yet, it never gets attention on CNBC.

But Union Pacific got Jim Pearce’s attention, who added it to the PF Growth Portfolio.

Many readers were perplexed when he picked UNP. The emails were blunt, like this one:

“Huh? A railroad? Surely, in the digital age, there are better investments than 19th century technology!”

But the numbers say it all. Jim added Union Pacific to the Growth Portfolio on December 14, 2011. He sold it last month, for a total return of 110.9%.

Founded in 1898 and headquartered in Benton Harbor, Michigan, WHR is benefiting from the economic recovery in North America and further leveraging growth by cutting costs, modernizing its supply chain and targeting emerging markets.

The company also is embedding its appliances with sensors and integrating them into the Internet of Things. As consumers scoop up increasingly popular “smart appliances” this holiday season, Whirlpool stock should soar.

Founded in 1919 and headquartered in Columbus, Ind., Cummins makes, sells and services natural-gas engines and components for a wide variety of vehicles in a host of industries — notably automotive, agricultural, construction, and mining.

CMI caters to both the private and public sectors and has established a reputation as a premier maker of compact, efficient engines that still pack plenty of heft. The company is now in the vanguard of a game-changer in engine technology: the switch to natural gas.

The trucking sector is enjoying the benefits of economic recovery, boosting demand for engines. Cummins has introduced a new, low-emissions natural gas engine for the transportation industry that’s in great demand and will drive company sales in 2017 and beyond. 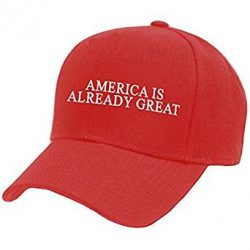 Got a story about an old-line industrial company based in the U.S. that you think is a great investment? Shoot me an email and let me know about it: mailbag@investingdaily.com. — John Persinos

In the meantime, Jim Fink, chief investment strategist of Options for Income and Velocity Trader, makes this great promise:

Jim has already followed through with incredible results. And he’s releasing another special trade alert this Tuesday, December 13.

In it, he’ll share a way to multiply a single-digit stock movement into a triple-digit winner. But that’s just the beginning, because following his simple two-sentence set of instructions each week could double your money up to 24 times or more over the next year.

The only catch? You need to act before midnight tonight. Click here to find out how.