It’s been a volatile year for investors, capped by a “black swan” event in the form of Donald Trump’s surprising victory in the presidential race. On January 20, the mercurial billionaire will become the most powerful person on the planet (with access to the nuclear codes).

Underlying the market’s post-election rally is growing anxiety, with many analysts now calling for a market correction and recession in 2017.

Meanwhile, our nation’s Tweeter-in-Chief has displayed the ability to instantly crush stock prices simply by firing off an angry tweet.

In a few weeks, you’ll be able to stop guessing about the New Year and start to deal with the reality.

As 2016 draws to a close, you can protect yourself now by learning the most common investment traps. Make it your New Year’s resolution to avoid these “seven deadly sins” of investing:

Deadly Sin #1:  Jumping into bull markets at their peak and bailing out during downturns.

There’s a natural allure to “up” markets, but the intoxicating effects of a bull market aren’t related to an investor’s need to have money rationally invested and allocated according to specific goals. Keep this truism in mind, as giddy traders bid up prices in anticipation of business-friendly Trump taking the oath of office next month.

A bull market gets the animal spirits racing, clouding investors’ judgment. By the same token, a down market gets investors depressed, causing them to run away from undervalued bargains or to precipitously sell their investments at a loss.

The herd mentality is hard to resist; most investors behave like lemmings and march right off a cliff. They succumb to the “group think” of the media, friends, the Internet, colleagues, family — everyone telling them what stock or investment to buy, everyone ready with brilliant advice.

But here’s a general rule of thumb:

Once your shoe shine guy starts giving you hot stock tips, it usually means the market has hit a peak. 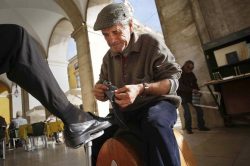 Remember: Everybody does well in a bull market. But don’t mistake a bull market for brains. Be a contrarian investor. If the herd points in one direction, move in the other.

And the LAST thing you want to do is bail out of a down market, thereby locking in your losses. You’re usually better off waiting out a downturn, instead of panicking.

Deadly Sin #2: Believing that the fundamental, time-tested rules to investing have changed.

The  legendary investor Sir John Templeton put it best: “The four most dangerous words in investing are, it’s different this time.”

The coming year is bound to be turbulent, with plenty of surprises in store. But the tendency of markets to correct and consolidate, and the economic cycle of expansion-contraction, won’t be revoked.

The investment adage — past returns are no guarantee of future performance — is all too often forgotten. Don’t dwell on past glories or defeats; remain forward-looking.

Whether you’re an entrepreneur forging a business or an athlete preparing for an event, persistent dedication of money, time and attention is needed to reach success. Those who infrequently review their investment strategy will get blindsided by constantly changing events. You can’t put your investments on automatic pilot.

Review your investments at least twice a year. By the same token, it’s foolish to obsess over your portfolio every day, which leads us to the next sin to avoid…

Focus on the trends that will exert a significant impact on your investments; don’t lose sight of the forest by staring at the trees. Monitor economic and financial trends — the broader context of your investments — instead of getting caught up in day-to-day movements of the markets.

A big move in a stock, up or down, on a single day might seem at the time like a lot of money, but don’t lose perspective. 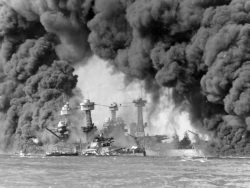 Even during the market crash and financial crisis of 2008, a period that Warren Buffett called a “Financial Pearl Harbor,” the Oracle of Omaha steadfastly hung onto most of his portfolio. His patience was richly rewarded. As super-investor Buffett once said: “Our favorite holding period is forever.”

Don’t churn your accounts with a lot of unnecessary buying and selling; you’ll rack up fees and lose your sense of balance. Invest your money — not your emotions.

Re-balancing entails returning your portfolio to its target asset allocation as outlined in your original investment strategy. Re-balancing takes discipline because it compels you to sell asset classes that are performing well and buy more of the worst performing asset classes.

“Of course, if you knew in advance which asset class would perform the best, there would be no need for asset allocation; you would simply put all your money in the asset class primed to perform best. But in real life, nobody knows the best-performing asset class in advance. The ability to market time successfully over a long period of time is impossible.”

Got a question about positioning your portfolio for 2017? Drop me a line: mailbag@investingdaily.com. — John Persinos