In the cold morning light of November 9, the assumption on Wall Street was that Donald Trump’s fossil-fuel friendly policies would decimate the solar industry. Trump’s appointment of oil company executives to key government positions underscored that impression.

However, this notion is a caricature of the truth and misses the fundamentals in place that will reward solar investors for years to come. Below, we examine an attractive and undervalued solar stock now.

Solar’s future is so bright… 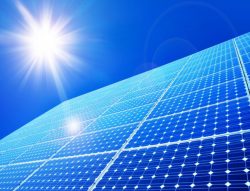 Robert Rapier, chief investment strategist of The Energy Strategist, has forgotten more about the energy markets than many of the talking heads on CNBC ever knew in the first place. Robert acknowledges that the industry has its risks, but he insists that solar is on a long-term upward trajectory, regardless of who occupies the White House. He explains:

“Solar energy has a starry future, but picking the long-term winners can be a shot in the dark… The solar sector isn’t for the fainthearted. It can be extremely volatile, but also extremely rewarding.

The solar sector has sold off since Donald Trump won the presidency, but we still think the sector has promise.”

Even if Trump aggressively assists the oil and gas industry, renewable energy enjoys powerful tailwinds that will continue to unfold because of economic and technological realities that are largely immune to politics.

The solar industry has not seen its fortunes diminish in the face of cheaper fossil fuels, because solar now moves along its own supply-and-demand dynamics. Solar power today boasts a well-developed infrastructure, greater efficiencies, moneymaking companies and a growing customer base.

Solar’s customers are increasingly dependent on cheap, reliable power from the sun. The direction of oil prices no longer matters. Nor does solar depend on special tax incentives and subsidies for survival; it’s a huge and growing international industry in its own right. Meanwhile, the cost of creating solar photovoltaic (PV) cells and systems keeps dropping at a rapid rate and the ability to store solar energy is becoming greater and more innovative.

Not your father’s solar panels…

Solar energy’s fledgling days as the purview of micro-bus driving hippies are long behind it. Not even the anti-green Mr. Trump can alter solar’s entrenched promise.

Most of Canadian Solar’s manufacturing facilities are based in China, but the company is officially headquartered in Ontario, Canada, a dual presence that facilitates low-cost manufacturing but also prevents some of the hassles of investing in a China-based company.

Canadian Solar is focusing on growth opportunities in emerging markets such as Japan. In the slowly recovering euro zone, Germany is a particularly promising source of future demand for the company.

In the traumatic aftermath of the Fukushima nuclear disaster in Japan, German Chancellor Angela Merkel announced a plan to shut down all of the country’s nuclear power plants by 2022 and convert almost completely to solar and wind power by 2050. Germany is the world’s largest solar market and a major Canadian Solar client.

Canadian Solar is a small-cap stock with room for outsized appreciation but it’s also the second-largest solar manufacturer in the world, comprising 5.8 gigawatts of module capacity. In a volatile industry in which many smaller players fall by the wayside, Canadian Solar has a huge amount of cash on the balance sheet and sufficient financial wherewithal to withstand the solar industry’s ups and downs.

The average analyst expectation is that Canadian Solar’s earnings will grow next year by 16.4% on a year-over-year basis. Year to date, the stock has jumped 26.1%.

But shares still trade at a bargain. With a trailing 12-month price-to-earnings ratio (P/E) of 6.4, the stock is cheap compared to the whopping P/E of 75.2 for its industry.

In late January, two China-based banks announced they would lend Canadian Solar $210 million for its new manufacturing facility in Thailand. The stock has been on the move in recent days, jumping 8.78% on Tuesday alone.

Changes in energy policy from the Trump administration won’t stop or even slow the burgeoning growth of solar power.

The Earth Policy Institute finds that more countries are embracing solar power as costs come down and installations expand. More than 30 countries now boast capacity of more than 100 megawatts, a figure that the institute projects will double by 2018.

As Robert Rapier points out:

“The adoption of solar PV has been explosive. It’s a $40 billion market that has grown by an order of magnitude since 2009.”

“There has never been a better time for the solar industry to bask in the glow of its accomplishments. Solar power is more plentiful than ever and more competitive than ever with fossil fuels.”

Solar’s undimmed prospects should warm up investors this winter and beyond.

Got any questions or feedback? Drop me a line: mailbag@investingdaily.com — John Persinos

From the sun to the moon… 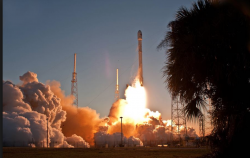 From solar energy to the Internet to biotechnology to aerospace and beyond, betting on the “disruptors” is one of the surest ways to create wealth. That’s why companies such as Alphabet’s Google (NSDQ: GOOGL) invest billions in so-called “moonshots.”

When disruptive technology goes mainstream, as solar power has done, the early investors make a fortune.

Imagine if you had invested early in solar energy or smartphones or in social media. Your retirement worries would be over. Think it’s too late to find ground floor opportunities in breakthrough technology? Think again.

Jim Pearce, chief investment strategist of Breakthrough Tech Profits, is focusing like a laser beam right now on an emerging technology that will soon mint the world’s newest millionaires.

Silicon Valley’s top companies are preparing to battle it out in a new, billion-dollar space. Behind the scenes, one company has created a proprietary technology being used by all of them.

The time to get into the action is now, before the rest of the investment herd catches on and these opportunities become too expensive. Jim explains everything here.