I was attending the cocktail party last Thursday night at Investing Daily’s annual Wealth Summit, held this year in Alexandria, Virginia, when an attendee with a wine glass in his hand said something memorable to me:

“I come to your Wealth Summit every year because I benefit from the cross pollination of ideas. I like to surround myself with people who are smarter than me and learn from them. It makes me an investor who’s not only wealthier, but also wiser.”

At our Wealth Summit this year, our team of investment experts broke down all of the latest political and economic changes to provide attendees dozens of specific investment opportunities and strategies. For me, the comment of the aforementioned attendee (who preferred not to be quoted by name) also describes the value of my weekly “mailbag” issue.

The questions and comments that I receive via email help stimulate a human conversation from which all readers benefit. The Buddhists call it “the open mind,” meaning that no matter how smart you may think you are, there’s always an opportunity to learn more.

For today’s cross pollination, let’s dive into our digital hive. 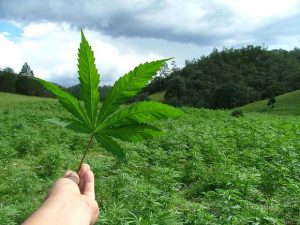 “I would like to buy marijuana stocks that are really cheap now but set to go up in a year or two and easily quadruple in price. I know there are marijuana stocks out there to be bought that will grow that fast because more and more states are legalizing the sale of marijuana. I want to get in on this before it is too late to do so.” — Rich S.

I also received this considerably more concise email on the same topic:

Rich and Mary, it’s true: pot has evolved from an illicit activity into a multi-billion-dollar industry. In previous issues, I’ve shown you how to profit from this unstoppable trend.

Let’s just put aside the predictable journalistic puns about marijuana — e.g., smokin’ gains! high returns! — and get right to the point: the long-sought normalization of marijuana laws is becoming a reality among an increasing number of states, spawning a huge industry that’s attracting entrepreneurs, venture capitalists and individual investors.

As to Rich’s fear about getting in too late, he’s absolutely right. The time to invest in this nascent and fast-growing industry is now, before it matures and the barriers to entry for companies and investors get pricier.

The decades-long propaganda war on the cannabis plant produced generations of Americans who grew up convinced that marijuana was the “devil’s weed” only used by society’s misfits and criminals. That’s all changing, as marijuana legal reform sweeps the country.

To be sure, Attorney General Jeff Sessions is an avowed foe of marijuana legalization, but here’s my informed prediction: When it comes to marijuana, the former senator from Alabama will prove to be all talk and little action. There’s simply too much money at stake and at the end of the day the Trump administration is pro-business.

As marijuana evolves from shady practice to mainstream capitalism, a plethora of entrepreneurs are cashing in, not only by growing and selling pot but by creating branded edibles, “marijuana tourism,” vaping parlors, paraphernalia, shops, seeds, fertilizers, trade shows — you name it.

Here’s the rub: most of these companies are small, under-capitalized and extremely risky. But after scrutinizing a host of marijuana stocks, I’ve found the best of the bunch: GW Pharmaceuticals (NSDQ: GWPH).

Based in the United Kingdom, this pharmaceutical company discovers, develops, and markets cannabinoid prescription medicines. The company’s primary product is Sativex, an oromucosal spray for the treatment of multiple sclerosis and cancer pain.

With a market cap of $2.94 billion, GW Pharmaceuticals is one of the very few weed companies that isn’t a micro-cap stock. It’s a well-funded biotechnology innovator set to take off in 2017.

As for marijuana penny stocks: avoid them! Most are over-hyped and they’re destined to go bust. 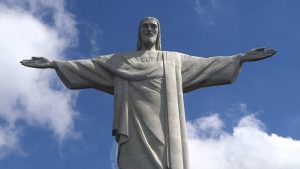 Jon is referring to my recommendation to buy shares of the iShares Latin America 40 ETF (NYSE: ILF), conveyed in my April 4 issue: Latin American Stocks: Dancing to a Faster Beat.

After five years of struggling in the wilderness, emerging markets are gaining traction again. In the vanguard is Latin America, as commodity and oil prices rise, manufacturing gets off its feet, and newly affluent consumers seek the good life that they see in developed nations.

Consumers in Latin countries are increasingly computer-literate, fostering growth in e-commerce and other technology-related industries.

Latin America encompasses a wide swath of resource-rich land that extends from the northern border of Mexico to the southern tip of South America. With a population of more than 630 million, this region compels investor attention. And speaking of fast-rising emerging markets… 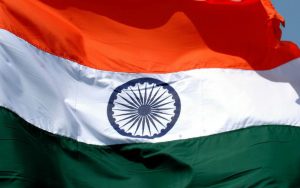 “I read your recent piece on India with interest. You recommended EPI for this exposure. When I compare the various funds for India, using Morningstar numbers, I find MINDX to be a winner. The three-year and five-year performances of MINDX are superior to EPI’s.” — Larry H.

In my March 22 issue entitled Last BRIC Standing: Why It’s Time to Invest in India, I recommended WisdomTree India Earnings ETF (NYSE: EPI) as a play on India’s growth.

Matthews India Investor ETF (NSDQ: MINDX) is a suitable alternative, but I prefer EPI because one of its top holdings is outsourcing giant Infosys (NYSE: INFY), which serves as a bellwether for India’s crucial technology sector. MINDX doesn’t hold Infosys. As for MINDX’s better three- and five-year performances, keep in mind the oft-cited mantra: past performance is no guarantee of future results.

What’s more, MINDX is burdened with an expense ratio of 1.18%, which is high compared to EPI’s expense ratio of 0.84%. Those expense fees can add up over time and eat into your total returns.

Have a question or comment? I’d love to hear from you: mailbag@investingdaily.com — John Persinos

Put this “paycheck” on your calendar…

There’s considerable uncertainty in today’s investment climate. But what if you could receive a reliable once-a-week gain, just like a paycheck?

It’s not a fantasy; it’s already happening for the followers of Jim Fink, chief investment strategist of Options For Income.

Jim has developed a “profit calendar” trading system that allows you to collect payments every Thursday, similar to a paycheck. By adapting the time-tested methods of Chicago pit traders, Jim has created a system that cranks out gains like clockwork.