More Precious Than Gold: Why You Should Invest in Water Now

As you know from reading this newsletter, our investment experts advise you to prepare for the looming market downturn by gaining exposure to precious assets such as gold. Want to invest in a natural commodity that’s becoming even more precious than gold? Consider water.

According to a study released in March by the scientific journal Nature, the world’s stores of groundwater, which accumulate over millennia in aquifers, are vanishing at an alarming rate. The result is persistent demand for reliable sources of clean, potable water.

Human beings will continue to need water, regardless of the cyclical gyrations of the stock market and economy. Below are two exceptional water plays now. They’re recession-resistant and should weather the correction in equities that most analysts predict for 2017. 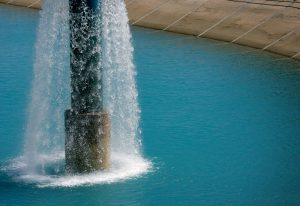 The desert kingdom last year launched a sweeping strategy to modernize and diversify its economy. By 2030, the Saudis expect non-oil government revenue to increase six fold. Among these initiatives is a huge investment in water purification, production, storage, and distribution.

Climate change is exacerbating pollution and extreme weather, which in turn threatens natural water supplies. Whether you think rising global temperatures are human caused or not makes no difference: the overwhelming scientific consensus is that it’s real and getting worse. When God told Noah to prepare for a flood, Noah didn’t ask what would cause the rising waters. He simply got to work building an ark.

Here’s your investment ark and it’s a sturdy one: First Trust ISE Water ETF (NYSE: FIW). This exchange-traded fund is poised for multi-year growth, with no discernible headwinds along the way.

First Trust ISE Water tracks the ISE Water Index, a benchmark of companies that generate a major portion of their revenues from the potable and wastewater industries.

With holdings of 34 water-themed stocks, FIW boasts an asset base of $224.95 million. Industrial companies with healthy balance sheets make up about three-fourths of the fund, with stable water utilities accounting for most of the rest.

The most essential of services… 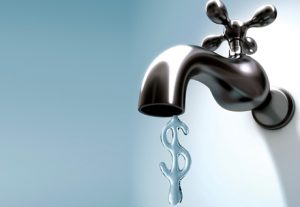 As underscored by the lingering contamination crisis that afflicts the drinking water supply in Flint, Michigan, America’s water infrastructure badly needs upgrading to bring it up to standards.

“Since they arguably provide the most essential of the essential services, water utilities are well known for grinding out steady dividend growth, making them an especially favored subset of the utility sector.”

Ari Charney is adept at spotting mega-trends ahead of time, which is why he already has added several water utility stocks to the Utility Forecaster Growth Portfolio.

Ari added FIW holding American Water Works to the Growth Portfolio as far back as December 5, 2008. Since then, the stock has generated a total return of 374.12% and now sports a dividend yield of 1.93%. You should consider AWK as an alternative water investment if an ETF isn’t for you.

Have a question or comment? Send me an email: mailbag@investingdaily.com — John Persinos 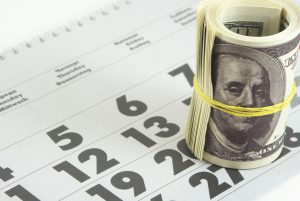 Are you thirsty for steady profits in this uncertain investment landscape? Jim Fink, chief investment strategist of Options For Income, has devised a trading system that generates a big gain once a week, like clockwork.

It’s like getting an extra paycheck, week in and week out. In fact, the gain is so reliable that you can schedule it on your calendar.

Jim made himself a millionaire from this system. He gets his kicks by helping other people get rich, so now he wants to share his proprietary (but astonishingly simple) trading system with you. As Jim explains:

“My goal in developing this approach was to produce consistent income on a weekly basis, unlike the quarterly dividends most investors are used to. I’ve found that those longer time periods aren’t a frequent enough source of cash for a lot of investors.

I schedule each trade ahead of time and the exact amount I make will be determined by each trading situation. I’m obviously always trying to make as much as I can, as long as it doesn’t compromise safety.

I’ve produced winners 85% of the time, so this has been a very reliable strategy over the years.”

Want to know more? Click here for all the details.