Pick ‘Em Up: How to Profit From The Light Truck Resurgence

Will Donald Trump govern like Ronald Reagan, ushering in an era of prosperity fueled by tax cuts, deregulation, a strong defense, and free-market oriented policies? Or will he turn out to be another Richard Nixon?

You don’t have to wait to find out. Despite today’s multiple political and economic dangers, you can still find safe growth opportunities that are positioned to thrive even in the anxious months ahead.

Below, I highlight a superb “defensive growth” play that stands out now. You’ve probably never heard of this company. However, it allows you to leverage rising consumer and business spending, as well as a structural change in the economy.

Divergence down the road…

Jim Pearce, chief investment strategist of our flagship publication Personal Finance, explains that this structural economic change is heralded by the resurgence of the light truck market. But first, he acknowledges that equities as a whole are dangerously overvalued, which is why you should seek those elusive stocks that combine safety, growth and value:

“Lately, I’ve written about the many troubling data points that suggest stocks are fully valued and primed for a correction. Traditional valuation metrics such as price to earnings ratios are relatively high, while corporate earnings have stagnated.”

Jim also serves as chief of portfolio strategy for Investing Daily. In his capacity as a master “trend spotter,” Jim points to one bellwether metric that has been given short shrift by investors: soaring sales of light trucks. He explains that sales of light trucks are enjoying greater momentum than those for automobiles, which to Jim constitutes a major but under-reported story:

“As someone who has been following stock market indicators for more than thirty years, I learned a long time ago that a divergence of that magnitude usually means that a profound shift has occurred in the economy, even if it isn’t clear what it means at the moment.

What is particularly compelling about this data set is that light trucks are the vehicles of choice for small businesses, which use them for everything from delivering flowers to transporting construction materials.

That being the case, an argument can be made that the surge in light truck sales is indicative of greater optimism by small business owners… Investors who guess correctly on this one could wind up in the driver’s seat.”

If the uptick in light truck sales turns out to be a long-term trend, as Jim suspects, undervalued stocks in the vehicle sector should be poised for a breakout. 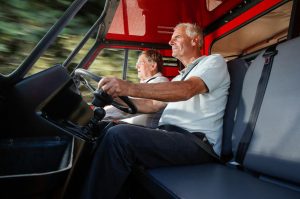 Here’s a superb play on this confluence of factors that you’ll rarely hear about on CNBC: Delphi Automotive (NYSE: DLPH). With a market cap of $19.9 billion, UK-based Delphi manufactures vehicle components and electrical, electronic, powertrain, and safety systems, for automotive and commercial vehicle OEMs worldwide. The company also serves the booming aftermarket.

Delphi specializes in light trucks and should see a disproportionate bump from that segment’s prosperity. In recent years, Delphi has secured significant, long-term OEM contracts in several light truck classes, especially for diagnostics and brake systems.

Delphi is strategically vital to the vast global automobile and truck manufacturing industry, but it gets mostly ignored by Wall Street. And that’s a good thing, because the company is unlikely to get its stock crushed by angry Trump tweets about outsourcing, as happened earlier in the year to General Motors (NYSE: GM), Ford (NYSE: F) and BMW (OTC: BAMXF).

This wealth effect applies to small business owners — America’s “mom and pops” — who tend to purchase the light trucks that Jim Pearce is talking about. As we face a nervous year rife with risks for investors, America’s small fry are positioned to outperform their larger brethren and provide much-needed adrenaline to an economy that’s probably on course for a downturn.

Small businesses represent more than 99.7% of all U.S. employers, employ half of all private sector workers, and account for 60% to 80% of the new jobs created annually in the country.

Delphi is a safer play on the auto and truck sector’s prosperity than the individual major OEMs, because its diverse client base encompasses a wide range of vehicle makers around the world. In addition, light trucks contain a greater number of value-added (and high margin) components than automobiles, another plus for Delphi.

The average analyst expectation is that Delphi’s year-over-year earnings growth will reach 6.6% in the current quarter, 6.3% in the next quarter, 4% in the current fiscal year, 10% next year, and 12.2% over the next five years (on an annualized basis).

The stock’s trailing 12-month price-to-earnings (P/E) ratio is only about 16, compared to the trailing P/E of about 20 for the auto parts industry. Delphi’s shares represent a rare bargain in an overvalued market; pick ’em up while they’re still cheap. 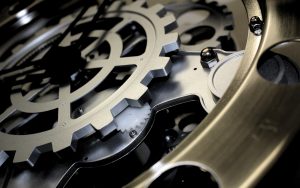 How would you like to schedule weekly gains on your calendar, as if they were a “paycheck” you could count on, week in and week out? Would you find that boring?

As far as Jim Fink is concerned, there’s never anything boring about money.

Jim is chief investment strategist of Options For Income, so he knows a thing or two about creating income. Jim has put together a brilliant yet simple trading system that cranks out steady payouts on a weekly basis, just like clockwork.

The exact amount of your payment changes from week to week, but overall it averages out to $1,692.50. At last check, Jim’s success rate using this technique was over 85%.