As Congress Tilts at Windmills, This Obamacare Play Prospers

Congress this week is aggressively pursuing futile heroics, like Don Quixote attacking windmills. The GOP-led national legislature is desperate to show constituents back home that during President Trump’s first 100 days, it did… something.

Below, I spotlight a company that’s positioned to actually benefit from the political gridlock. This stock is a shrewd way to leverage overlapping trends in two robust sectors, health care and technology. Among the tailwinds propelling this stock is the persistent need to curtail health care prices.

Now back from their two-week Easter recess, lawmakers are deliberating on “Trumpcare 2.0,” a hastily thrown together hodgepodge that’s more flawed than the original version and even more doomed to fail.

Trump this week also is threatening to force a government shutdown and withhold essential funding for Obamacare, unless Congress agrees to come up with the money to pay for a border wall — the same wall that he previously insisted Mexico pay for.

Democrats have remained adamant in their opposition to funding a wall of dubious efficacy that’s projected to cost about $22 billion. They also intend to place full responsibility for any shutdown on Trump and the Republicans. Even GOP leaders acknowledge that they have no incentive to shutdown a government under their own unified control.

Unless Congress and the president agree to a budget deal, the federal government’s funding is set to expire at 12:01 a.m. on Saturday, April 29. Investors aren’t happy.

How this mess plays out is anybody’s guess. However, when the dust clears, at least one thing will be clear: Obamacare will stand as the law of the land.

There is an inevitable retrenchment coming after decades of soaring medical costs, which now threaten to strangle the economy in the name of $1,000 toenail fungus treatments.”

Which brings us to the political fungus in Washington, DC. It’s irrelevant whether you think Obamacare is far-sighted public policy or a Bolshevik plot to destroy American capitalism. Love it or hate it, Obama’s landmark domestic achievement is here to stay.

Ironically, even though red-state Republicans control the whole enchilada — both chambers of Congress and the White House — you should continue to look for investment plays on the health care reform bill that was passed by Trump’s Democratic predecessor.

As I’ve counseled my readers many times, savvy investors deal with the world the way it is, not the way they want it to be. Investing Daily is neither red nor blue; the only color we care about is green. 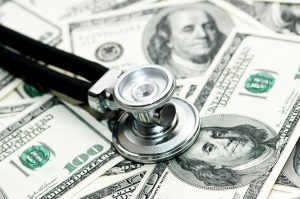 I’ve found one of the surest ways to make some green from core provisions of Obamacare: Chicago-based Allscripts Healthcare Solutions (NSDQ: MDRX), a provider of health care information technology.

With a market cap of $2.16 billion, this company belongs to a group of little-known technology stocks flying under the radar that are set to soar in coming months.

One of the hottest trends in the health sector is federally mandated electronic recordkeeping. As the use of Electronic Medical Records (EMR) proliferates and the technology behind it becomes more advanced, the health care industry and federal regulators realize that it’s an inevitable trend of great benefit to society and individual patients.

The Health Information Technology for Economic and Clinical Health Act (HITECH) was passed by Congress in 2009, and mandated that all medical providers digitize medical records. The company that’s best positioned to benefit from this regulatory landscape is Allscripts.

Advocates of EMR argue that the technology will not only reduce costs and eliminate administrative waste, but also enhance the quality of care. It’s a persuasive rationale, now backed by HITECH and strengthened by various mandates, incentives and penalties within Obamacare.

Allscripts saw the writing on the wall sooner than its competitors. It lined up clients during the nascent stage of the EMR transition and lobbied hard on Capitol Hill for HITECH’s passage. Now, the company’s prescience is paying off.

The company enjoys an entrenched position in the field, with plenty of room for future expansion. Despite significant gains since 2009, many doctors, hospitals and clinics in the U.S. are still struggling to adopt EMRs and avoid Obamacare’s financial penalties.

MDRX shares are up more than 16% year to date, with further upside in the cards. The average analyst expectation is that Allscripts’ year-over-year earnings growth will reach 7.1% in the next quarter, 12.7% in the current year, 16.1% next year, and 16.5% over the next five years on an annualized basis.

Allscripts also benefits from being a mid-cap stock in a year when small- to mid-cap stocks are expected to outperform their large-cap brethren.

A tech firm reaches out… 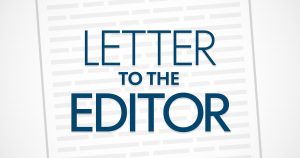 This week, I received the following email in my inbox. I’d like to share this letter with you in its entirety; the author gave me permission to use his full name and title:

“Hi, John — I very much enjoyed reading your article “Next Stop For Growth: The Tech Mecca of Route 128” (April 21 issue) and I couldn’t agree more with you about the explosive growth and promise of Route 128.

Here at 128 Technology, we are deeply invested in the region — and so much so that we named our company after it. (In fact, the photo of the 128 sign included in your article is from our office here in Burlington!) And, as you mentioned, what makes this technology hub so great is the mix of large companies and the vibrant start-up community.

We are proud to be a start-up company in this area, and one that is looking to disrupt companies like Cisco with new, innovative network technology approaches.

Thanks again for this insightful article. I enjoy your perspective and look forward to getting your Investing Daily e-newsletter in my inbox each day.” — Mike O’Malley, VP of Marketing, 128 Technology

Good luck and thanks, Mike. Any reader can reach me at: mailbag@investingdaily.com — John Persinos

This tiny tech start-up is about to soar… 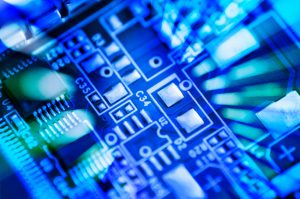 O’Malley’s firm isn’t alone as a tech start-up on the cusp of success. We’ve found a tiny, little-known tech company that trades at only $4 per share, but it’s about to make a big splash.

The company isn’t well known like the Silicon Valley darlings covered on CNBC. The firm’s product isn’t flashy, either. But it’s on the verge of an announcement that will stun Wall Street.

This company has designed a device that allows its end users to multiply every $1.21 they collect into $1.60. Every time one of its devices is used, the company gets a cut. The time to invest in this obscure company is on the ground floor, before the crowd catches on.