3 Plays to Survive the “Smackdown” to Come

Congress increasingly resembles a wrestling match, not the world’s greatest legislative body. During this week’s federal budget deliberations, President Trump is fuming that he must negotiate with Democrats to fund the government until September.

Turning to his favorite mode of communication, the American president angrily tweeted on May 2: “Our country needs a good ‘shutdown’ in September to fix mess!”

Um, great. The last time the government shut down was in 2013 and it cost the U.S. economy an estimated $24 billion. As of this writing, a tentative budget deal has been reached and a shutdown has been averted (for now), but the rancor hasn’t abated.

Even if you’re a Trump supporter, his confrontational administration hangs over your investments like “Stone Cold” Steve Austin. Nosebleed valuations and a looming correction only heighten the concern. Republicans, Democrats, Libertarians and independents should all unite in at least one thing: the need for portfolio protection that simultaneously taps into growth. Below I examine three such stocks. 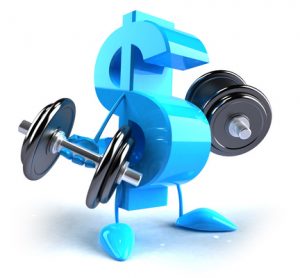 “As any personal trainer will tell you, the key to staying in shape is keeping your core muscles strong so that you can build on that foundation. That’s also good investment advice, because having too much money in weak, flabby assets often leads to bigger losses than you expect in a stock market correction…

The stock market has been on a nice run lately, and we hope it continues. But it wouldn’t take much to send stocks reeling…”

To be sure, the housing and construction rebound, declining unemployment, an increasingly confident consumer, and a still-bullish stock market paint a bright picture. However, sky-high valuations leave a shrinking margin of safety.

More than ever, you should stick to top-quality stocks that are in growth mode but boast inherent strengths that should hold them in good stead when the market inevitably corrects.

Let’s get ready to rumble…

I highlight three solid stocks that look particularly attractive as well as safe right now. I also chose them to reflect a diverse variety of sectors.

Altogether, these three equities span financial services, consumer goods, retail, construction, housing, aerospace, industrial goods, and technology. They all share the twin virtues of long-term earnings growth momentum and reasonable valuations, which is a powerful one-two punch in a year when projected corporate earnings growth for the S&P 500 is insufficient to sustain today’s excessive equity valuations.

With a market cap of $69.2 billion, this Canadian bank enjoys a global diversification that gives it an advantage over many of its peers. The large scope of Bank of Nova Scotia’s international operations provides it with exposure to some of the strongest emerging markets in Latin America, particularly Peru and Colombia.

Canadian banks are an under-appreciated investment overall, even though they’re among the world’s strongest and safest. They’re also protected: Ottawa’s regulators restrict foreign-based banks from domestic competition. At the same time, Canadian banks must contend with tougher government oversight than do banks in the U.S.

To be sure, these tight parameters restrict Canadian banks’ room for growth, but they also curb the potentially disastrous consequences of excess, as experienced in the U.S. leading up to the Great Recession and financial meltdown. As Trump prepares to gut many regulatory safeguards in the banking industry, we could see a repeat in the U.S. of 2008.

In addition to its growth prospects, Bank of Nova Scotia’s dividend yield is a robust 4.03%, making it an appealing total return package.

Home Depot is a pure play on housing’s recovery and the increasingly confident consumer. The company has a strong 2016 under its tool belt, with an even stronger 2017 likely ahead.

The housing and construction rebound, wage growth, and falling joblessness are major tailwinds for Home Depot. Instrumental in generating a “wealth effect” among Americans is the steady rise in home prices since their collapse during the Great Recession.

Homeowners are fixing up their domiciles because they see them as worthy investments, not just places to live. New housing starts also are on the upswing and spring home buyers are hitting the pavement in droves, which makes Home Depot a seasonal spring/summer play as well.

However, the tenuous nature of the economic recovery makes caution a watchword. Do-it-yourself powerhouse Home Depot provides the defensive growth you should seek.

The average analyst expectation is that Home Depot’s year-over-year earnings growth will reach 11.1% in the current quarter, 12.7% next quarter, 11.5% this year, 12.8% next year, and 11.7% over the next five years on an annualized basis. The trailing P/E is 24, roughly equal to its peers. With a current dividend yield of 2.28%, Home Depot belongs in any portfolio.

Honeywell is an industrial conglomerate that provides aerospace/defense electronics and engineering systems for consumers and governments.

As the aerospace/defense industry booms under the Trump administration, this entrenched player will reap a large share of the spoils. The $1.1 trillion federal budget deal hammered out in Congress this week provides a huge boost for defense, which is manna for Honeywell. The expensive combat jet fighters that are loaded with Honeywell electronics are big winners in the new budget.

This sophisticated avionics gear boasts value-added engineering for which Honeywell can charge deep-pocketed defense firms a premium, which lends the company a measure of recession resistance.

HON’s growth strategy includes a plan to spend $10 billion on acquisitions over the next five years. Through increased acquisitions in high growth areas, the company expects to bring its annual revenue to over $50 billion by 2018, up from $39.3 billion in 2016. The company also is on track for strong multi-year earnings growth.

The average analyst expectation is that Honeywell’s year-over-year earnings growth will reach 4.7% in the current quarter, 8.7% next quarter, 7.4% this year, 8.6% next year, and 7.4% over the next five years on an annualized basis.

The stock’s trailing P/E is 20, compared to 25.7 for its peers. A respectable dividend yield of 2.03% only sweetens the deal. Honeywell is a long-time denizen of the Personal Finance Growth Portfolio.

Got any questions or comments? Drop me a line: mailbag@investingdaily.com — John Persinos 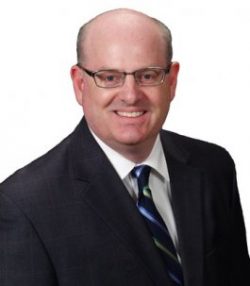 When Jim Fink first launched his top-tier trading service Velocity Trader, he was confident enough to issue this challenge to readers:

Sound crazy? Well, Jim is a man of his word and he has already followed through. In less than a year, Jim racked up twenty-four triple-digit winners, along with more than thirty double-digit winners.

By closely observing traders in the rough-and-tumble Chicago futures pits, Jim developed a proprietary trading methodology that multiplies the gains of regular stocks. He can take regular stock movements of 8%, 17%, or 34% and exponentially leverage them to generate market-thumping profits of 100%, 300%, or even 800%.

Jim made himself a multi-millionaire from his system. Now he wants to make you rich.