The Missiles of August: Will The Markets Go Boom?

When the president of the United States threatens nuclear-armed North Korea with “fire and fury,” all other investment factors take a back seat. Traders lose sight of operating results and economic indicators; they instead see Slim Pickens riding the bomb in Dr. Strangelove.

The world is beset by nuclear jitters, as the war of words between President Donald Trump and North Korean leader Kim Jong-un escalates. Trump on Friday doubled-down on his bellicose rhetoric, saying the U.S. military is “locked and loaded” in case Kim Jong-un decides to “act unwisely.”

The North Korean despot with the Moe Howard haircut has been defiant, vowing to launch a strike against the American territory of Guam if the U.S. continues to pressure his totalitarian country over its nuclear program.

The upshot of this brinkmanship: The stock market bubble finally seems to have found its pin. To be sure, after Thursday’s nosedive, tame inflation data on Friday buoyed stocks. However, any market momentum remains muted by the lingering North Korean missile crisis.

In this fraught environment, how should you manage your investments? By maintaining a portfolio protection strategy, as outlined below.

It’s no surprise that traders in recent days have been fleeing equities for safe havens such as gold. In another sign that fear has replaced greed, the CBOE Volatility Index, or VIX, has spiked to its highest level since America’s tense election day on November 8.

Keep in mind, the VIX — aka, “fear gauge” — is reflective, not predictive, of stock market behavior. But Wall Street’s confidence seems rattled. Traders are human beings, after all, and the headlines are unnerving. Political rancor in Washington, DC isn’t helping investor dispositions, either.

Trumpcare collapsed in July in a fiery spectacle reminiscent of the Hindenburg, signaling that the rest of Trump’s pro-business agenda is endangered. When the squabbling Congress returns from its August recess, lawmakers in the fall must contend with another issue that’s sure to give traders fits — the debt ceiling.

Playing chicken over the debt ceiling has been a perennial rite on Capitol Hill, but this time around, chances of a default are greater than ever. Fiscal hawks in the conservative House Freedom Caucus are spoiling for a fight and they’re gearing up to make draconian budgetary demands of Speaker Paul Ryan (R-WI) that Democrats and moderate Republicans are unlikely to swallow.

Meanwhile, angered that Trumpcare failed in the Senate, President Trump has launched a Twitter fusillade against Senate Majority Leader Mitch McConnell (R-KY), alienating a man that the president needs to pass initiatives beloved of investors, such as tax reform. This political gridlock has deeply disappointed Wall Street, which had been hoping for tax cuts and fiscal stimulus. 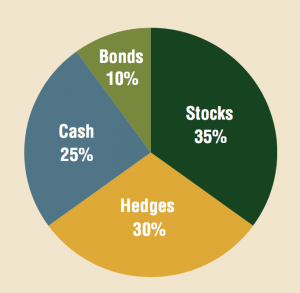 If you haven’t already, it’s time to take defensive measures. It’s still not too late.

Another prudent tactic is to increase your weighting toward dividend-paying stocks with strong cash flows; these income producers tend to hold up well during market downturns.

To raise cash levels, consider booking profits on your gainers. At least 5%-10% of your hedges should be in precious metals, notably gold. The Midas Metal historically outperforms during times of crisis.

Not surprisingly, gold prices have been on an upward trajectory in 2017 and they’re likely to move higher for the rest of the year and beyond. During the past week, gold prices have edged up more than 2%. It’s highly improbable that America’s confrontational commander-in-chief will ever “pivot” into a calmer mode, providing a tailwind for the yellow metal for as long as he occupies the gold-curtained Oval Office.

The saber rattling between Trump and Kim Jong-un robbed the spotlight from Snap’s and Blue Apron’s operating results on Thursday. Nonetheless, the lousy performances of their quarterly numbers and stock prices remain instructive.

Snap posted disappointed operating results on Thursday, sending shares into free-fall. The mobile app provider reported a loss of 16 cents per share, compared to a loss of 14 cents per share expected by analysts. Revenue came in at $181.7 million versus the expected $186.2 million. User growth in the quarter was anemic.

Blue Apron shared a similar fate. Shares of Blue Apron plunged Thursday after it reported a loss of 47 cents per share. The consensus estimate was for a loss of 30 cents per share. Blue Apron’s management now expects the company’s net loss will range between $121 million and $128 million in the second half of 2017.

IPO activity is undeniably hot. During the past 12 months the IPO market, as measured by the bellwether Renaissance IPO ETF (IPO), returned almost 30%, roughly twice the return of the S&P 500. In the second quarter of 2017, 52 companies completed their IPOs to raise an aggregate total of nearly $11 billion. The strong pace of public offerings in the second quarter represents the most active quarter in two years and surpasses the 25 IPOs in the first quarter, as well as the 34 IPOs in the second quarter a year ago.

However, if you’re not a big investment firm or insider, it’s difficult to receive shares at the IPO price. And as Snap and Blue Apron showed on Thursday, all of the IPO ballyhoo that you hear on CNBC can end in tears.

Aside from possible Armageddon, traders face another (albeit less existential) risk: Over the past 20 years, August has been the worst month for the performance of the Dow Jones Industrial Average, generating an average decline of 1.4%. The dog days of the Dow are likely to bite down hard on investors.

You can add “bad breadth” and excessive valuations to the mix. Let’s start with breadth.

The broader stock indices this year have been reaching new highs on the strength of six large-cap technology stocks: the famed “FANG” quartet of Facebook (NSDQ: FB), Apple (NSDQ: AAPL), Netflix (NSDQ: NFLX), and Alphabet’s (NSDQ: GOOGL) Google, plus Amazon (NSDQ: AMZN) and Microsoft (NSDQ: MSFT). This concentration sets up the aging and overvalued bull market for a tumble. Indeed, these overbought Silicon Valley darlings have been among the worst hit by the North Korean predicament. 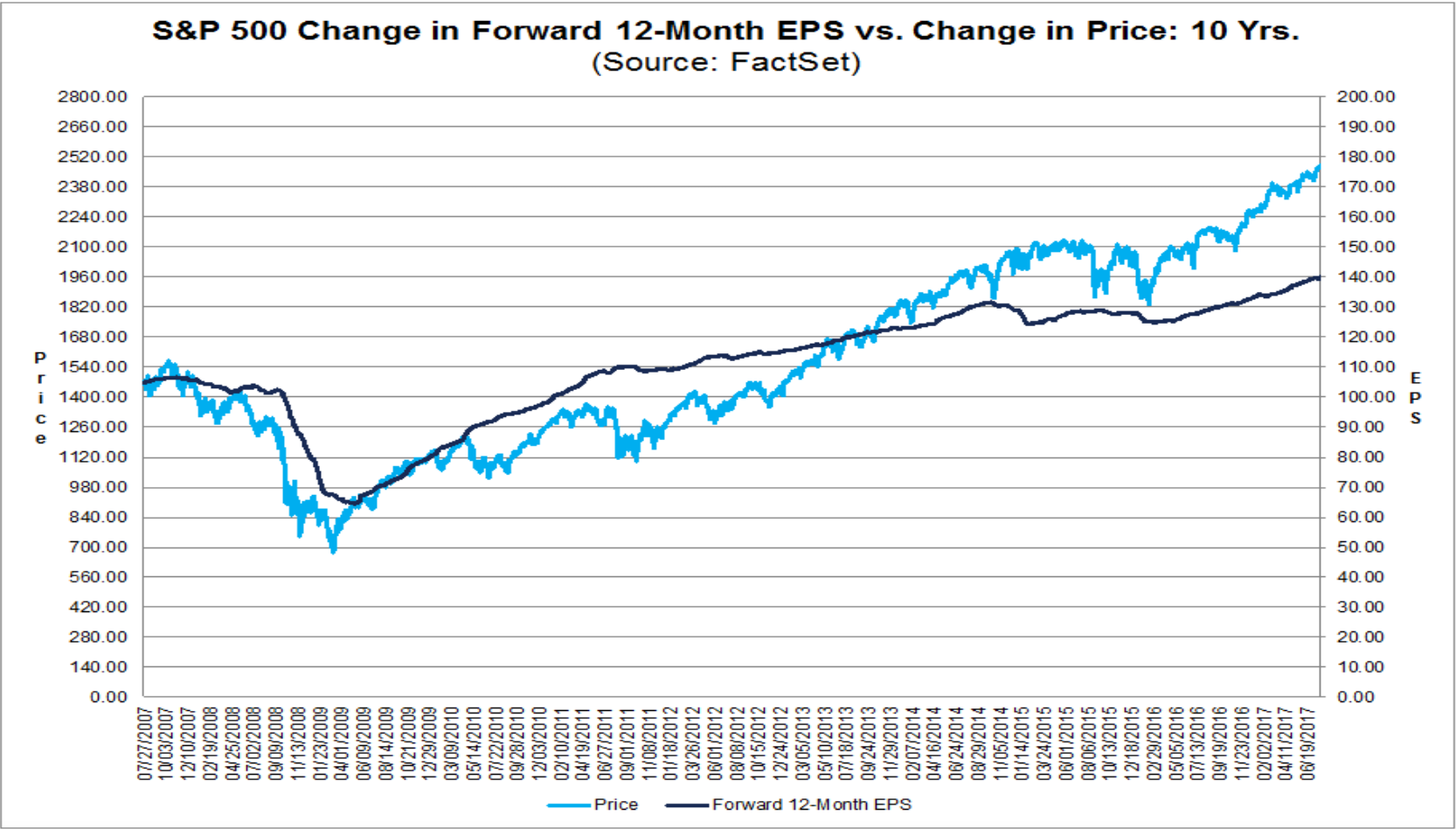 How worried should you be? When asked whether his love of cigars had some deeper sexual connotation, Dr. Sigmund Freud famously replied: “Sometimes a cigar is just a cigar.” I usually counsel investors to tune out the dire headlines, but to borrow Freud’s phrase, sometimes bad news is just… bad news.