Little mentioned this week by the mainstream media’s breathless storm coverage are the ramifications of hurricanes Harvey and Irma on the agriculture and energy sectors. Rising prices at the gas pump get some attention, because the dynamic is easy for average consumers to understand. But as they play hero on television, the sodden on-the-scene reporters in their Gore-Tex parkas have largely ignored crop damage.

As usual, the herd mentality is missing the big story, which spells investment opportunity for you.

After surveying the events of the past weekend, traders began the week downright giddy that Hurricane Irma’s damage to Florida hadn’t lived up to the apocalyptic warnings of weather forecasters. North Korea’s failure to launch a nuclear missile also cheered investors.

The major stock market indices moved sharply higher on Monday, with the Dow Jones Industrial Average retaking its 22,000 level. Wall Street tends to get wildly excited one day and deeply pessimistic the next. The prevailing mood now is: Crisis? What crisis?

But make no mistake: Irma packed a tremendous wallop and the storm’s destruction is far from over. At its peak as a Category 5 storm, Irma was the most powerful Atlantic hurricane in recorded history, leaving more than 6 million Floridians without power and widespread damage in its wake that will take several months to sort out.

After pummeling the Sunshine State on Sunday and Monday, Irma was downgraded to a tropical storm and by Tuesday was cutting a devastating swath into Georgia, Alabama and the Carolinas, displacing thousands of people, knocking out electricity for millions and causing record-setting floods. All of this mayhem is occurring after Hurricane Harvey’s battering in late August of Texas and the Gulf Coast.

Another easy and efficient way to gain exposure to commodities is through actively managed mutual funds that invest in commodity-related businesses. In addition to capital appreciation potential, several funds in the energy sector offer high yields suitable for income investors. 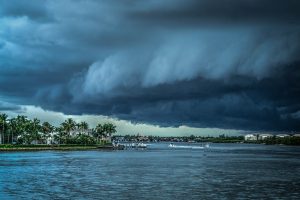 Of course, the humanitarian implications of these events are heart wrenching and no sane person wishes to profit off the misfortunes of others. But wise investors take the world as they find it and right now, our planet is buffeted by increasing incidents of harsh weather beyond anyone’s control.

The headline crops affected by Irma are oranges and cotton, but other crops are directly affected by the storm as well. Irma has packed extremely high winds that pose a far greater danger to crops than rain.

Irma is the first storm on record that maintained top winds of 185 miles per hour for 37 straight hours. Although weakening, Irma continues to punish the south and it’s now targeting vital agricultural regions. Irma has been blowing oranges off trees and appears on the verge of annihilating southeastern cotton fields, as previously occurred under Hurricane Harvey to cotton fields in Texas.

Cotton markets are jittery because Harvey already exerted an incalculable amount of damage to fields in Texas, the nation’s number one grower of cotton. Irma is now marching through Georgia, the country’s number three producer of cotton. These immensely damaging blows to the U.S. cotton industry are likely to jack up cotton prices.

Irma also has orange juice markets justifiably anxious because about 60% of all U.S. orange production is in Florida (see chart).

Total Orange Production in the U.S.* 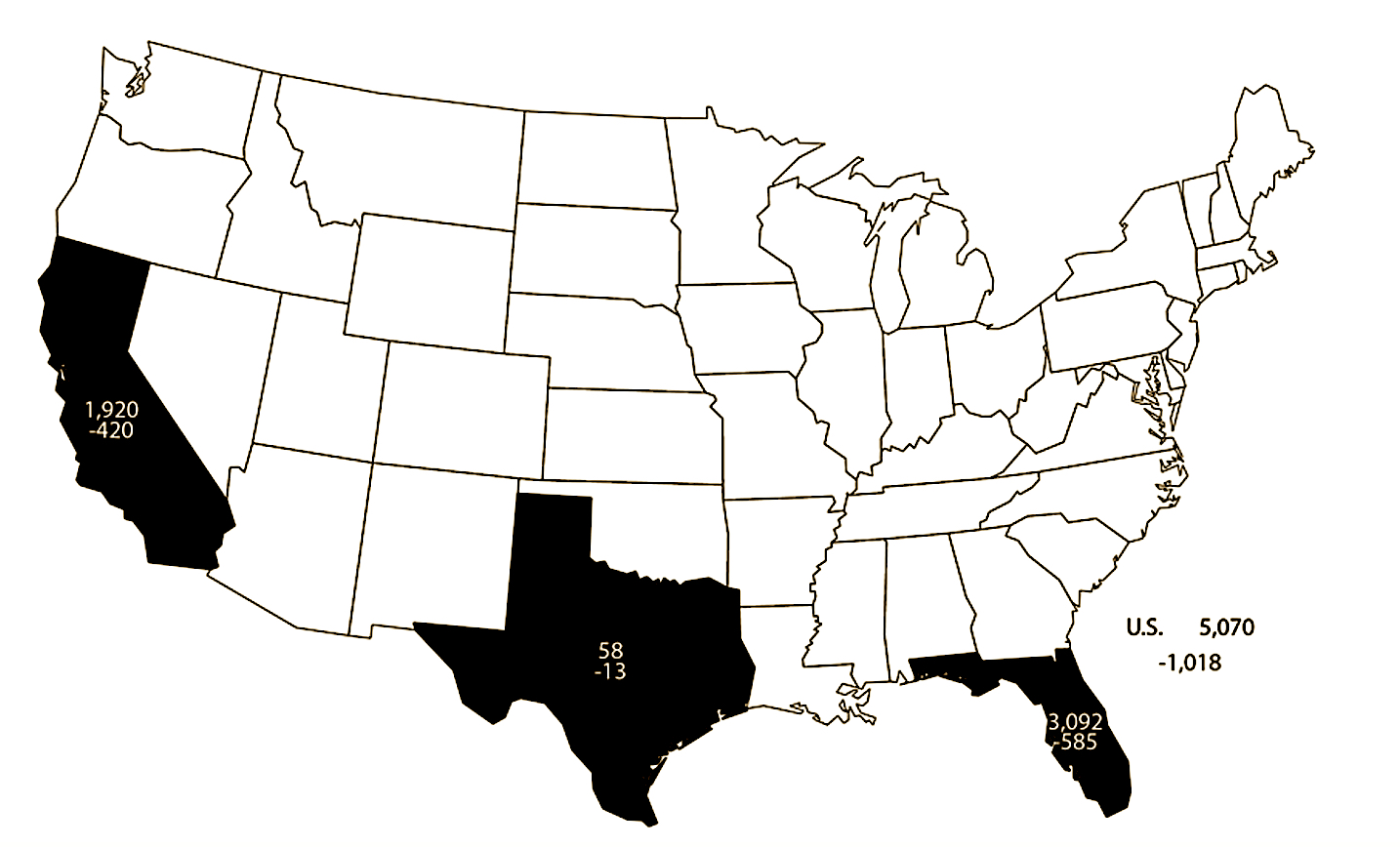 *As of July 2017; thousands of tons and change from previous year

Florida may be a subtropical playground for tourists, but it’s also a major producer of specialty crops such as broccoli, potatoes, beans, peanuts, pecans and cabbages, all of which are at risk by Irma. Keep in mind, Florida had not experienced a major hurricane in 17 years until Irma struck. Farmers had grown complacent and were generally unprepared. In addition, as Irma moves north through the Carolinas, at risk will be 50 million bushels of unharvested corn and 75 million bushels of unharvested soybeans.

All of this agricultural disruption will directly hurt consumers by hiking prices at the grocery store, much the way that Harvey pushed up prices at the gas pump by moving Gulf Coast energy production offline.

Harvey and to a larger extent Irma will cause agricultural scarcity and increase prices consumers pay for farm products for the rest of this year’s growing season and beyond. Crops such as oranges, cotton, corn and soybeans only have one growing season per year and we’re approaching the annual harvesting of those crops.

If this year’s crops are lost right before harvest, the country will have to pass through winter and next year’s entire growing season again before farmers in the affected areas can produce additional crops for harvest. This prolonged cycle would likely provide protracted supportive pricing effects for those commodities.

Irma and Harvey: The crude facts…

Analysts estimate that about 2.2 million barrels per day of refining capacity were initially moved offline because of Harvey. Although much of this capacity has since been restored, the cost of repairing the Texas energy hub alone is estimated to run into the tens of billions of dollars. The result will be upward pressure on energy prices, especially in the wake of additional storms such as Irma and perhaps the approaching Hurricane Jose.

It’s tricky trying to gauge a hurricane’s consequences on the energy patch because every storm is different and many industry facets are involved. Nonetheless, hurricanes that hit the Gulf of Mexico historically have been bullish for energy prices because they typically knock out a major portion of oil and natural gas production.

Crude prices have oscillated in recent days but are likely to embark on an upward trajectory. The U.S. benchmark West Texas Intermediate currently hovers at $48 per barrel; Brent North Sea crude on which international oils are priced hovers at $53/bbl.

Any storm’s effects extend beyond crude oil and ripple through the entire petrochemical value chain. The good news for the midstream sector is that despite supply disruptions, there hasn’t been lasting physical damage to pipelines, transportation networks and storage facilities.

The confluence of these trends makes energy and agricultural funds especially attractive. Income investors should also consider high-yielding energy master limited partnerships, which took a beating as energy prices fell earlier this year and which now trade at bargain valuations.

The time for these hurricane plays is now, before higher commodity prices become starkly apparent and investors pile in. What’s more, Harvey and Irma aren’t the only tailwinds (so to speak) for energy and agricultural prices. A weaker dollar, strong global economic growth, renewed Chinese buying, rising middle classes in emerging markets, and concerns about extreme weather in other regions are bullish factors as well. After a prolonged slump, commodities are coming back. With a vengeance.