Political Risk Takes a Back Seat to “Animal Spirits”

U.S. consumer confidence rose in October to the highest level in nearly 17 years. A key factor was the healthy job market.

The Conference Board on Tuesday said its U.S. consumer confidence index rose to 125.9 in October, up from a revised 120.6 in September. This reading marks the highest level since December 2000, when it was 128.6.

The Federal Reserve started its two-day meeting in Washington on Tuesday. Interest rates are expected to stay the same. Investors are waiting for President Trump to announce the next Fed chair, with Fed Governor Jerome Powell the probable successor to Janet Yellen. The markets like the fact that Powell is a dove on interest rates.

The upshot is that animal spirits returned to the markets, as fundamentals superseded political worry. Let’s do the numbers.

Smartphone supplier plunged on reports that Apple (NSDQ: AAPL) may drop its chips.

Drug firm in the midst of major layoffs to cut costs. 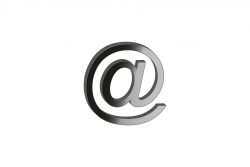 It’s crucial for us to display intellectual honesty with our subscribers. That’s why I’m running an excerpt of the following reader comment, regarding my Oct. 30 “Mind Over Markets” (Now, It’s Mueller Time: Indictments Weigh on the Markets). I’ve edited the comment for the sake of concision and clarity. My response and that of a colleague are posted below.

“I think if one reads Mr. Persinos’ article you will find it’s quite clear which direction he leans. I also have noticed some more veiled opinions from Jim Pearce in several cover stories throughout this year that had a slightly negative tone about the president. Yes, I am a Trump supporter, let me just get that out there right now. But we should be cheering Mr. Trump taking the handcuffs off industry. I do enjoy winning; I hope you do as well.” — J.C.

Jim Pearce, chief investment strategist of our flagship publication Personal Finance, has this to say:

“For the record, I am in favor (to varying degrees) of some of Trump’s agenda items (but not all), to the degree I feel they would help the average American. I hope he is successful in accomplishing that, but I have to call ’em like I see ’em and so far, at least, it isn’t happening.”

“The strategists at Investing Daily strive for objectivity and non-partisanship. Our view is neither Republican nor Democratic. We are neither liberal nor conservative.

We put aside considerations as to whether something is on the ‘blue’ side or the ‘red’ side. The only color that we care about is green. That said, as my colleague Jim Pearce puts it, we feel compelled to call ’em like we see ’em. And we take a skeptical view of all politicians.

As for special counsel Mueller’s indictments, as reported in yesterday’s “Mind Over Markets,” the point I was making is that these federal charges dampened the markets because the controversy makes compromise on tax cuts in a divided Congress all the harder.

I would have made the same point if these events had occurred under Barack Obama or Hillary Clinton’s watch. Regardless, it’s reader feedback that keeps us in tune with our real constituency, which is YOU.”

Care to weigh in? Drop me a line: mailbag@investingdaily.com — John Persinos 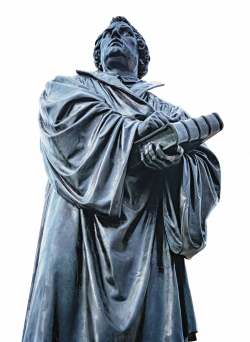 October 31, 1517: Martin Luther posts 95 theses on the door of the Wittenberg church in Germany. His act of defiance launched the Protestant Reformation.

Martin Luther’s theses took aim at the Catholic Church of his era, arguing that it was corrupt.

Luther at the time was an obscure cleric, but his views shook society. They laid the foundation for the development of modern concepts we now take for granted, such as free expression, equality before the law, and separation of church and state.

The lesson: free-thinkers make history. In your investment decisions, be a contrarian. Challenge existing orthodoxies and you’ll achieve greatness.

According to a recent survey conducted by the Annenberg Public Policy Center at the University of Pennsylvania, 37% of Americans can’t name any of the specific rights guaranteed in the First Amendment to the U.S. Constitution. That’s disturbing.

Free speech and a free press are integral to the function of free markets. Societies that are free tend to be more prosperous. That’s why with “Mind Over Markets,” I take pains to air all relevant views, provided they are expressed in a civil tone.

At Investing Daily, our number one job is making you money. We can’t do that without the free exchange of information and ideas.

“Were it left to me to decide whether we should have a government without newspapers or newspapers without a government, I should not hesitate a moment to prefer the latter.” — Thomas Jefferson