Investors are discarding their misgivings. Greed is good again.

Markets edged higher on Wednesday, in the wake of strong earnings and economic data. Investors are shrugging off political uncertainty and seem resigned to the stalemate on tax cuts.

Investors emerged from the much-feared month of October unscathed, which puts pressure on ordinarily cautious investors to pile into stocks.

In terms of market sentiment, the difference between bulls and bears hasn’t been this high since, well, 1987. That’s a sign of excessive optimism.

Fear of missing out represents lemming-like behavior at its worst. But for now, Wall Street is casting aside high valuations, bad breadth and the dysfunction in Washington.

The Dow Jones Industrial Average and the S&P 500 both closed higher. The Nasdaq took a breather, after racking up its 62nd record close for 2017 on Tuesday. Let’s do the numbers. 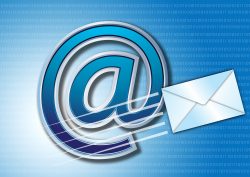 “If we get a tax decrease, which companies would gain the most?” — Richard J.

It’s not a foregone conclusion that a tax overhaul will happen. Trump’s proposed tax bill is encountering opposition in Congress, even from within his own party. Much remains up in the air.

Meanwhile, the federal indictments handed down this week by the office of special counsel Robert Mueller don’t do much to foster togetherness on Capitol Hill.

Democrats condemn the Republican tax proposals as regressive. They oppose a lower limit on 401(k) contributions and a roll-back of the state and local income tax deduction. They also oppose elimination of the estate levy, which the GOP refers to as the “death tax.”

The assault on 401(k) plans has elicited the loudest howls of protest. Republicans propose capping tax-free contributions to 401(k) plans to $2,400 per year, down from $18,000 this year.

One aspect is clear: Among the biggest winners would be technology companies.

Trump wants to make it easier for tech firms to bring home cash that’s parked overseas. Tech companies are likely to use this cash to fund organic growth.

If this tax break comes to pass, it would be a shot in the arm for cash-rich tech titans.

I remain a big believer in solar energy as an investment. The cost of solar continues to drop, while at the same time the industry’s infrastructure becomes more efficient and pervasive. End users are increasingly accustomed to affordable and reliable solar energy, a reality that has de-coupled solar from the price of oil.

For years, the dynamic was simple: as energy prices rose, solar became more attractive (and vice versa). That’s no longer the case. Solar marches to its own tune, regardless of oil price fluctuations or government policy.

Got any feedback? Drop me a line: mailbag@investingdaily.com — John Persinos 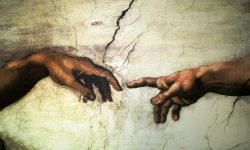 November 1, 1512: The ceiling of the Sistine Chapel in Rome is exhibited to the public for the first time. Painted by Italian artist Michelangelo between 1508 and 1512, the epic ceiling fresco is one of the finest works of art in the world.

The Sistine Chapel is the chief consecrated space in the Vatican. The Pope believed that only Michelangelo, the greatest Italian Renaissance artist, was worthy to paint it.

Michelangelo rejected the original demands of the Vatican, insisting that he paint the ceiling his way. When the ceiling was finally opened to the public, the crowd was stunned into silence.

I’ve seen the Sistine Chapel ceiling in person. The word “awesome” is so overused these days, it has become meaningless. But in the ceiling’s case, awesome is the only word that will suffice.

Michelangelo gave his images three-dimensional depth. The most famous panel in the fresco is The Creation of Adam, a painting in which the arms of God and Adam are stretching toward each other’s fingertips. These 3D images were revolutionary at the time and remain impressive even by today’s standards.

To accomplish his masterpiece, Michelangelo created a unique system of scaffolds and pulleys. He made the Vatican impatient because he took four years to complete his masterwork. But he refused to be rushed.

After the ceiling was officially opened to the public on this day in history, competing artists began to copy Michelangelo’s style. His groundbreaking use of 3D imagery became the norm.

The lesson: In your own financial goals, raise the bar. Invest in companies that go beyond the conventional. Tune out external pressures and follow your vision. Making money is more than a financial science; it’s an art.

Under this form of grassroots democracy, citizens draft a proposed law and it goes on the ballot. But these initiatives are often hard to read. Voters sometimes get confused and skip voting on them. Or they cast a ballot that contradicts their beliefs.

A recent survey by Georgia State University found that most states write ballot measures using language that only a person with a graduate degree can understand.

This includes 16 states whose measures use obscure language that’s appropriate for those with a Ph.D.

For another 12 states, the average ballot measure is written for someone with a master’s degree.

Only one in 10 American adults has a graduate degree. Just 33% hold a college degree.

My point: This daily market-wrap is written for the intelligent investor. But you don’t need a Ph.D. to read it.

“Money frees you from doing things you dislike. Since I dislike doing nearly everything, money is handy.” — Groucho Marx