3 Retailers that Will Survive Amazon

One by one, just about every big name retailer you can think of has taken a hit this year. Macy’s (NYSE: M), Sears (NSDQ: SHLD), and J.C. Penney (NYSE: JCP) have lost more than a third of their value in 2017.

In each case, the reason is the growing belief that e-tailing giant Amazon.com (NSDQ: AMZN) will one day put most of them out of business. 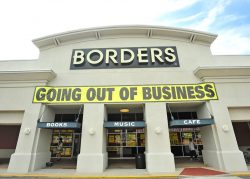 To a certain extent that fear is valid.  When Amazon decides to go after a business it doesn’t mess around. Remember the corner bookstore? Probably not if you’re under the age of 30.

You can thank Amazon for that.

Amazon also deserves a lot of credit for building a better mousetrap when it comes to buying items that can be easily digitized, like books and records. But I believe it is a mistake to assume that it will be equally successful in attacking all other product categories.

To its credit, Amazon has done everything possible to make shopping online as easy as stopping by your local shopping center. It offers same-day delivery in most cities, and next day delivery just about everywhere else.

But there are some things it just can’t replace. And for that reason, here are three retail stocks that are worth buying now while they are beaten down on the false notion that one day Amazon will put them out of business.

Target Corp. (NYSE: TGT) just took a big hit after it said it expects this holiday season to be weaker than normal due to heavy discounting. That’s bad news for Target, but good news for you if don’t already own it since the company has plenty of staying power. 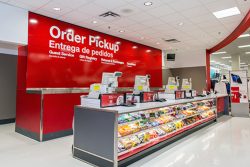 Target is in the process of converting its stores to meet the needs of shoppers who just want to “grab it and go.” You can order something that morning and pick it up the same day without waiting in line, and if you don’t like it you can return it to the same store and get an immediate credit or exchange.

No matter how efficient Amazon makes the online buy and return process, it knows there will always be a need for store locations. That’s why it bought Whole Food Markets earlier this year and is rumored to be looking to buy other national retail chains.

Target already has an array of store locations throughout the United States that Amazon can only hope to emulate. But that will take years to accomplish, and by the time it is over there may be nothing unique about the Amazon shopping experience.

Another retail stock that has recently taken a dive is Walgreens Boots Alliance (NasdaqGS: WBA), the British-based pharmacy. Its share price swooned after a rumor surfaced that Amazon may soon enter the online prescription drug business.

Unlike most of the other items Amazon sells, the prescription drug business is heavily regulated. The current alarm over the growing opioid crisis in this country will only make it worse. That adds a layer of costs that could wipe out Amazon’s razor-thin profit margins. 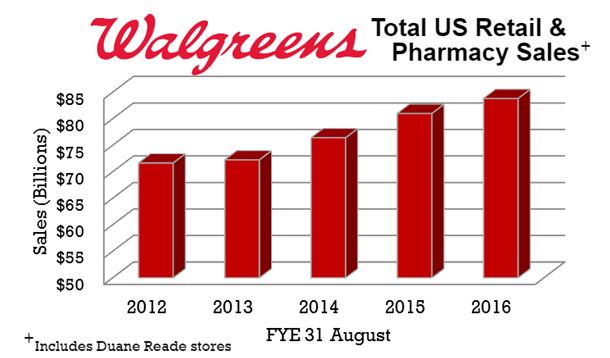 Walgreens already has all of the licenses and vendor agreements required to sell prescription drugs. And unlike Amazon, it also has a massive chain of store locations in the United States and the United Kingdom to distribute them.

That’s why I wasn’t surprised when a report surfaced last week that Amazon has recently told a number of states that it does not intend to start selling drugs online. That’s good news for Walgreens, but its share price has only recovered a third of what it lost when everyone thought Amazon was coming after them.

Amazon may have helped put The Sports Authority out its misery, but that left Dick’s Sporting Goods (NYSE: DKS) as the only game in town. Yet, its share price is down 50% this year and has flat-lined recently despite posting solid third-quarter results this week.

That’s because the company’s CEO said he expects next year’s earnings to decline by as much as 20% on a per share basis. That may a case of setting expectations levels low so he can exceed them, but even if that turns out to be the case the stock still appears cheap.

DKS is now priced at only ten times forward earnings, or about half of what the average stock is going for these days. That suggests that Dick’s would need to suffer the same sized decline in sales for the next four years for it to be priced fairly.

In truth, nobody really knows how much of an impact Amazon will have on Dick’s sales next year, or in the years after that. What we do know is that Dick’s revenue actually grew by 7.4% during the most recent quarter, in large part due to the extinction of The Sports Authority.

Amazon is a great company that deserves its reputation as an industry disruptor, but it is not going to put every retailer in the world out of business. The problem is that it isn’t yet clear which ones will die and which will survive, so all of them are viewed as potential victims.

That creates an opportunity for investors that can correctly identify the long-term survivors. To do that, you need to look for companies that already possess the type of in-store experience that Amazon hopes to create.

I don’t pretend to have perfect foresight, but I believe these three retailers have firmly carved out a very strong niche in their respective product categories that Amazon will not be able to dislodge.