How China Is Winning by Acting Crazy

The West used to love to poke fun at China’s “ghost cities.” Zhengzhou was a prime example. It had streets, apartment towers, everything a city needs – everything except people.

But today, the laugh is on us. Zhengzhou is a bustling metropolis linked by newly built roads and rails to Beijing, Shanghai, and other major economic hubs. Cargo traffic at its world-class airport is growing by more than 30 percent a year. And most important, it is a key way station in China’s One Belt, One Road initiative, which links China to Central Asia, Russia, and Europe.

It offers one more example of how China is flourishing – and beating us – by pursuing a long-term vision of where it wants to go. And this ability to follow a vision is no accident. Deep cultural differences separate China and the West, and in today’s world these differences give China a big edge.

We’ve referred before to the work of social psychologist Richard Nisbett. His book The Geography of Thought describes the differing mindsets of West and East, cultural differences that have evolved over the centuries. But his thoughts are worth repeating here.

Westerners as far back as the ancient Greeks have typically focused on individual objects and on their measurement. While this approach has spawned many great scientific accomplishments, it has limits. The Chinese, by contrast, are more prone to notice relationships among objects and to see individual objects as part of a bigger picture. To put it differently, the West thinks analytically, the East thinks holistically. It has nothing to do with intelligence or genes and everything to do with culture.

I believe that for the U.S. to thrive as the century continues, it will need to adapt its cultural habits of thought. It will need to see itself as part of a larger whole – not as the whole unto itself.

Why Investors Should Care

All this may sound somewhat abstract, but it has very concrete implications, including for investors. Among other things, it shines a light on China’s plans for a new reserve currency that will ultimately replace the dollar.

I’ve argued for more than a year that the first step will come when China launches an Eastern oil benchmark. The oil will be denominated in yuan that is exchangeable for gold. Beyond marking the start of a momentous transition to a new monetary reserve system, the benchmark also will likely be the start of a huge bull market in gold.

But ultimately, I don’t think China wants the yuan to stay the world’s new reserve currency. It has another goal in mind, which it is approaching in a typically zig zag but highly purposeful manner. Recently China has taken some actions that – much like its ghost cities – seem senseless if viewed in isolation. But they make good sense as part of a bigger picture. You just have to connect the dots.

China’s Crazy – or Not – Bitcoin Mining

What’s puzzling on the surface is that China recently banned cryptocurrency trading, including the trading of bitcoin. Yet the government continues to encourage highly skilled computer professionals to “mine” bitcoin (which are still traded in other countries). China, with its large pool of skilled programmers and its abundance of cheap energy, carries out 70 to 80 percent of the world’s bitcoin mining.

Why would China say “yes” to bitcoin mining and “no” to bitcoin trading? Especially since tremendous amounts of energy get consumed in the process? At the current rate, by the end of the decade China will likely be using the equivalent of close to half a million barrels of oil a day simply for bitcoin- and blockchain transactions. That’s a lot of energy for something you don’t approve of. 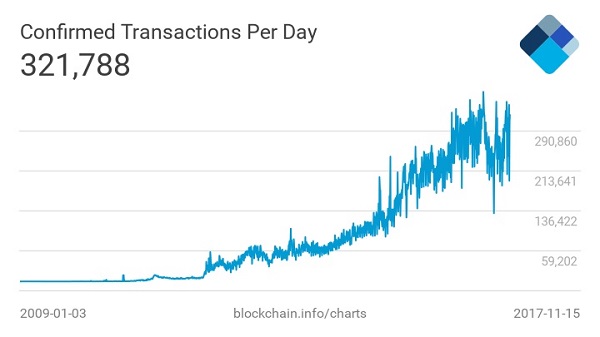 But China, as always, is looking ahead and seeing the big picture. In encouraging cryptocurrency mining, I believe it’s laying the groundwork to create a blockchain to manage a new digital currency – one that ultimately will take over from the gold-backed yuan.

Zhou Xiaochuan is the longtime head of China’s central bank. In 2009, in the wake of the global financial crisis, he wrote a paper arguing against the use of any fiat currency – not just the dollar – as a reserve currency.

The supply of a reserve currency, he wrote, “should be disconnected from economic conditions and sovereign interests of any single country.” He referred to the IMF’s Special Drawing Right units – SDRs – as “the light in the tunnel for the reform of the international monetary system.”

In that paper Zhou also referred to the “Triffin dilemma.” Robert Triffin was an American economist who, in a 1960 book, argued that the demands on an international reserve currency would inevitably undermine its value. Translation: if your currency is the world’s reserve currency, expect to run big trade deficits. China doesn’t want the yuan to bear that burden.

The U.S. Could Benefit, Too

But as Zhou suggested, there’s an alternative, and it’s one that would work out extremely well for China. That alternative: a basket of currencies similar to the SDR but with gold as an additional component. Keeping track of the constant fluctuations among these currencies and gold, though, would be incredibly complicated. That’s where blockchains come in. These exceptionally complex digital entities almost certainly would be essential to keep the system working. Gold, meanwhile, because of its special role in the basket of currencies, would soar.

And China, with its large stores of gold and its blockchain skills, would end up first among equals.

For the U.S., a new monetary system doesn’t have to be bad news. We might see inflation rise, but our trade deficit would ease. However, to embrace it, we need to be willing to broaden our worldview. We need to see that U.S. interests could be better served if we’re part of an exquisitely integrated network that allows everyone to thrive. We need to buck some of our cultural heritage and look East.