What A Gambler Taught Me About Understanding Risk

Years ago, I worked for a man who liked to gamble on NFL football games. He put down thousands of dollars on games every week, but I watched him make logical errors that are often made by stock market investors.

Most notably was his failure to appropriately recognize risk and reward — a common issue with gamblers. He would rationalize that he almost went the other way on the bet, which tended to downplay his risks.

He would bet more than he could afford to lose, which sometimes worked out. But in the long run, it didn’t. Eventually, if you take those kinds of risks, you lose.

How Random Chance Can Fool You

My boss would pay for hot picks from “experts.” At one point, I recognized that he was probably falling prey to scams that work something like this.

A “guru” with a “system” sends out letters to 1,000 known gamblers. He gives his “Lock of the Week” on a particular NFL game. The heart of the scam is that he picks one team to win in 500 of the letters, and the opposite team in the other 500.

The next week, he repeats the process only with the 500 people who received the correct pick the week before. At the conclusion of the second week, 250 people have received an accurate pick.

The third week, the guru begins to heavily promote a paid service, while giving a final “Lock.” After the third week, 125 gamblers have seen the service accurately pick three straight football games.

A gambler may reason that the odds of accurately picking three straight games are low (12.5%), so perhaps this guru indeed has an edge. The appearance of success makes it far more likely that the gambler will cough up money to get next week’s pick.

What is the fallacy here? Gamblers have been presented a selective picture, which leads them to believe the odds of success are higher than they are. They were conned into believing blind luck was a result of skill.

This is a common mistake made by investors as well. We invest based on what we believe is a clear picture of the data. Then there is a profit warning or product recall — and we realize that our picture was incomplete.

Then there is the fallacy that I call the “bingo fallacy.” In the game of bingo, you fill out a card based on a combination of numbers and letters. You win when you spell out “B-I-N-G-O.” 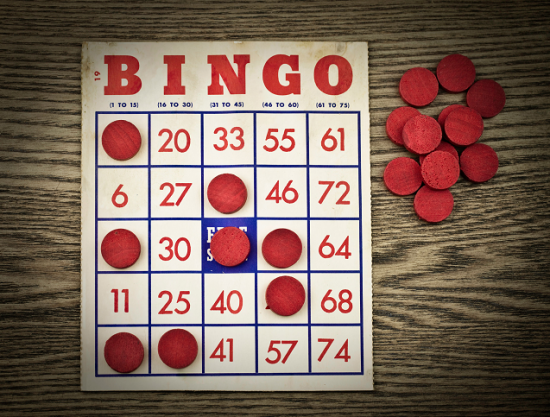 In this case, it’s easy to overestimate your chances of winning. It looks close, but there were probably others in the room even closer to winning than you. Had the game continued, there could have been 20 other winners before your number was called — even though it looked like you were on the cusp.

Investors fool themselves all the time with these sorts of fallacies. They may overestimate their chance of winning in risky situations.

Lately, I have seen many do just that with the bitcoin phenomenon. Many people are kicking themselves, asking why they didn’t just allocate a few dollars to bitcoin. After all, the potential reward from a token investment could have been enormous.

If you are questioning yourself for missing out on this investment return of a lifetime, you may be committing the bingo fallacy. It may seem your odds of success were higher than they were.

Consider that when bitcoin was first introduced, there may have been a million highly speculative investment opportunities vying for your dollars. Most of these would have been merely money down the drain. It is only with the perfect vision of hindsight that it seems like you were “this close” to cashing in, “if only” you had allocated a few dollars.

And many who are now buying bitcoin are like my former boss who liked to gamble. They don’t necessarily understand the investment risks, and they may not have enough information to make an informed investment decision.

People see stories about investors getting rich with bitcoin and believe this is more common than it is. They see the “guru” on a win streak and assume it is indicative of future performance.

My intent here is not to convince you that bitcoin is a bad idea. I do think it is a speculative bubble that is bound to burst, but I can’t say that I understand it well enough to provide informed advice.

Instead, I want to convey to investors that the risks are high, and you should understand them. Recognize if you are falling victim to one of the logical fallacies I have described today, and only invest if you are sure you understand the risks and can afford to lose your investment.