That was the equation Wednesday, as the Dow hit a new record. The Nasdaq also rose, while the S&P 500 inched down. Health services was the top performing sector for the second day in a row.

The Federal Reserve met expectations by announcing a 0.25% rate hike at the end of its policy meeting Wednesday. The Fed left its outlook for 2018 unchanged. National politics may be messy, but monetary policy is steady.

The U.S. Labor Department on Wednesday reported that the Consumer Price Index (excluding the volatile food and energy components) increased 0.1% in November. This so-called core CPI rose 0.2% in October. That means the annual increase in the core CPI slowed to 1.7% in November from 1.8% in October.

The government reported that the Personal Consumption Expenditures price index (excluding food and energy) has fallen below the Fed’s 2% target for 5-1/2 years.

Joblessness has remained below 5% for over a year. That’s close to full employment. The jobless rate stayed at 4.1% in November. At the end of the recession in June 2009, unemployment was as high as 9.5%.

Economic growth is strong, but not overheated. The Fed decided Wednesday that growth could handle a modest rate hike. This balancing act is a tonic for markets.

The Fed plans to continue winding down its $4 trillion balance sheet. These assets were accumulated as part of the Fed’s response to the financial crisis. The Fed plans three more rate hikes in 2018.

Meanwhile, President Donald Trump on Wednesday met with lawmakers to give tax overhaul a final push. The GOP wants the bill signed before Christmas. The party is in a hurry to get its agenda through while it can. The Senate is expected to vote on the bill next week. 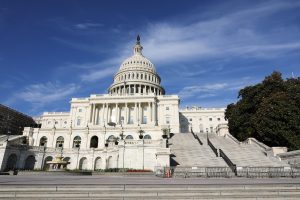 The election shrunk the GOP’s majority in the Senate to 51-49. Republicans were rocked by a Democratic win in a deep red state.

The shift in this one seat dramatically alters the makeup of the Senate. Jones won in a state that went overwhelmingly for Trump in 2016. This repudiation will haunt GOP members of Congress running for re-election in 2018. The president’s agenda is imperiled.

But tax overhaul has enough momentum to pass. Democrats say the bill will hurt the middle class. Republicans say it will spur the economy. One thing is sure: corporations are about to reap a windfall.

The U.S. economy already boasts the strongest growth of any developed nation. The table is set for a robust 2018. The bull is ready to gallop into January.

Wait a sec, the bears say. What about high valuations? Surely, the laws of finance haven’t been repealed. To which the bulls scoff and say: Let the good times roll.

Later this week, more clues will emerge about the strength of the economy. Jobless claims, retail sales, the consumer comfort index, and business inventories are due Thursday. Industrial production and the Baker-Hughes Rig Count are due Friday. Analysts expect healthy data.

Markets are on the verge of ending December in positive territory. If that happens, it would mark the first time that every month of a year has closed in the green. The rise in stocks on Wednesday brought that landmark closer. 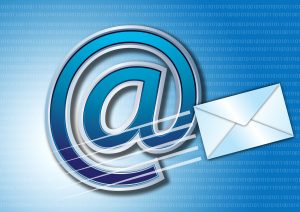 401k plans are loaded with fees. These fees include front and back load fees, 12b1 fees, and management expenses.

Hey, you can’t expect the “big boys” to manage billions of dollars in 401k money out of the goodness of their hearts.

Some 401k fees are so high, they hurt performance. Studies indicate that in 16% of 401k plans, fees consumed the tax benefit of a plan. In addition, 52% of 401k plans offered mutual funds that were more expensive than comparable funds.

Most plan participants don’t even know they’re paying 401k fees. But many mutual funds charge more than 1% of assets in management fees. If you have a 401k plan valued at $250,000, you’re paying $2,500 or more for the privilege of having your money managed by a mutual fund company. That takes a big bite out of your nest egg.

Review your 401k packet. Talk to your HR manager. Make sure you’re not getting ripped off.

Got questions about your 401k plan? Send me an email: mailbag@investingdaily.com