But on Thursday, investors suddenly started to fret about the tax bill. Two Republican senators, Mike Lee of Utah and Marco Rubio of Florida, expressed concerns that the bill would raise taxes on average families.

No worries about holiday shopping, though. This season, consumers are in the mood to loosen purse strings. Unemployment is falling. Wages are growing. Household net worth is rising.

The Labor Department said Thursday that first-time claims for state unemployment benefits rose less than expected. They declined from the previous week.

The Commerce Department said Thursday that retail sales rose 0.8% in November. The increase was twice as large as expected. Online sales jumped 2.5%.

Consumers also got troubling news Thursday. The Federal Communications Commission voted to repeal net-neutrality rules. Media giants are pleased. Tech firms, consumer groups, and even some Republicans are dismayed. Fast Internet speed could become the privilege of the affluent.

Speaking of media giants, Walt Disney (NYSE: DIS) on Thursday agreed to buy assets from 21st Century Fox (NSDQ: FOXA). Disney will pay $52.4 billion in stock for Fox’s TV channels and movie studio. The deal is a shot of steroids for Disney’s streaming muscle. That poses a threat to Netflix (NSDQ: NFLX).

Deal-making is heating up. That signals a frothy market.

The bull market has defied the bears all year. The expected correction hasn’t happened. But much could still go wrong. Stocks are defying both gravity and logic.

You see, the world is divided into two camps. There’s the “reality based” community. These people deal in facts. They make decisions based on verifiable data. The analysts at Investing Daily belong to this camp. We avoid wishful thinking.

The opposing camp? For them, reality is whatever they say it is. They’re now saying the bull market can keep going and going. Like the bunny in the commercial.

Sure, the stock market has been on a tear. But red flags abound.

Valuations are off the charts. The stock market is more expensive now than in 1929 and more expensive than in 2007. IPOs that border on scams are attracting the “dumb money.” Investment fads are spreading. 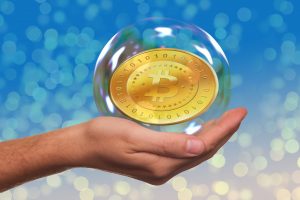 Take Bitcoin. This cryptocurrency (a fancy word for “imaginary Internet money”) is soaring to insane levels. Bitcoin on Thursday closed at $16,769.01 per coin. In mid-October, Bitcoin was at $5,000. Charles Ponzi would be proud.

Amid this backdrop of speculation, Congress is trying to pass a tax bill that would add $1.4 trillion to the deficit. All that previous talk about deficits being bad? As the character Emily Litella used to say on Saturday Night Live: “Never mind.”

President Trump’s priority is to get tax cuts through Congress next week. The bill is a gift for some, a lump of coal for others.

Wall Street loves the tax bill because it slashes corporate rates. But middle-class Americans who made financial decisions based on longstanding tax law will be in for a shock. Many of the deductions that they’ve taken for granted will be eliminated. On Thursday, some lawmakers voiced second thoughts.

Meanwhile, years of low interest rates that spawned today’s asset bubbles are coming to an end. The Federal Reserve is tightening. On Wednesday, the central bank hiked the benchmark rate by a quarter of a percentage point.

The Fed also is on course to shrink the vast amount of government securities it holds. The European Central Bank and the Bank of Japan are following the Fed’s lead.

Senate and House negotiators on Thursday were putting the finishing touches on their tax bill. The legislation could overheat markets even more. At the same time, financial regulations are getting gutted. When the bubbles burst (and they always do), government will lack the tools to step in.

Should you get out of the market altogether? Dump your stocks? Absolutely not. There’s still money to be made. Play it too safe and you incur an “opportunity cost.” But you need to be cautious.

Raise cash levels to at least 25%. Put another 30% into hedges. Pare back your exposure to overbought growth stocks, especially in technology. Roughly 5%-10% of the hedges allocation should be in precious metals, such as gold and silver. Don’t hide under the bed. Instead, put your portfolio into defensive growth mode.

Those are the realities. Or as Jack Webb used to say on Dragnet: “Just the facts.” 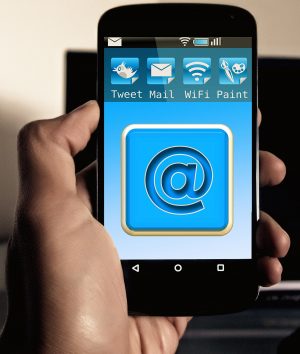 “Your articles are very helpful in establishing my future portfolio. Would $500 per stock be a good way to go or should I build up and buy 100 units in one particular stock at a time? I’m interested in long-term investment strategies. I really want to make extra income as soon as possible. Thanks for all the information.” — Susan P.

Susan, I’m glad that you find my articles helpful. To answer your question: Securities law prevents us from giving specific advice tailored to an individual. But I can offer commonsense advice that applies to any investor.

Investing 100% of your capital in a specific investment is usually unwise. Any stock, no matter how inherently strong, can encounter headwinds along the way and sharply decline. Diversification always is important. Spreading your money among at least a handful of stocks will limit your downside.

We all try to invest rationally, but investors also are human. If you invest all or most of your money in one stock (or one stock at a time) a large drop could prompt an impulsive decision. Out of fear, you might dump an otherwise sound long-term investment.

Before determining the amount of shares you buy in a company, first ask yourself how much loss you’re willing to tolerate. Always keep cash on the sidelines for emergencies and buying opportunities.

Even veteran investors commit errors. Have you made a money mistake that sticks in your mind? Let’s learn from each other. Share your experience: mailbag@investingdaily.com