Historians will look back on 2017 with amazement. Maybe befuddlement is more accurate. The past year has defied expectations.

The bull market continued its stampede. Most analysts predicted a correction. They were wrong. Economists said the recovery would lapse into recession. Wrong again.

The list goes on. The newspaper brings a fresh shock every morning.

Factors are in place for another wild ride in 2018. So… buckle up! In a few days, you’ll be able to stop guessing about the New Year and start to deal with the reality.

As 2017 draws to a close, you can protect yourself now by learning the most common investment traps. Make it your New Year’s resolution to avoid these “seven deadly sins” of investing:

1) Jumping into bull markets and bailing out during downturns.

There’s an allure to “up” markets, but the intoxicating effects of a bull market are not related to an investor’s need to have money rationally invested and allocated according to specific goals.

A bull market gets the animal spirits racing. It clouds judgment. A bear market gets investors depressed. They run away from undervalued bargains. They impulsively sell investments at a loss. Or they hang onto the dogs, hoping against the evidence that they’ll recover. Their portfolio becomes a kennel. 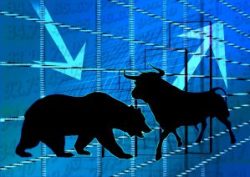 The herd mentality is hard to resist. Investors behave like lemmings in search of a cliff. They succumb to “group think.”

Here’s a rule of thumb: Once your barber, cabbie or shoe shine guy starts giving you hot stock tips, it means the market has peaked.

Everybody does well in a bull market. But don’t mistake a bull market for brains. Be a contrarian. If the herd points in one direction, move in the other. And the last thing you want to do is bail out of a down market, thereby locking in your losses. You’re better off waiting out a downturn, instead of panicking.

There’s a difference between long-term net worth generated as a consequence of a methodical investment approach, and a greedy investor who just wants to grab the quick buck. The former has accumulated wealth over a sustained period of disciplined investing. The latter tends to benefit from random occurrence, as if playing in a casino. 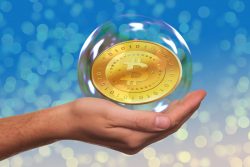 Bitcoin is commonly referred to as cryptocurrency. I think of it as imaginary Internet money. A digital Dutch tulip.

Don’t take my word for it. Jamie Dimon, CEO of JPMorgan Chase (NYSE: JPM), called Bitcoin a “fraud” and said people who invested in it are “stupid.” Follow Mr. Dimon’s advice. Don’t get distracted by fads.

3) Dwelling on the most recent experiences.

Past returns are no guarantee of future performance. It’s an adage you would do well to remember. Don’t dwell on past glories or defeats. Stay forward-looking.

We remember our triumphs. We forget our failures. Ever talk to someone in a casino? They’ll bend your ear about the times they won. Not the trips when they lost. Investors are the same way. They need to protect their egos.

Selective memory is insidious. It’s made worse by the fact that many investors don’t keep good records. Makes it easier to lie to themselves. They overrate their abilities. They underestimate risk.

Whether you’re an entrepreneur forging a business or an athlete preparing for an event, persistent dedication of money, time and attention is needed to reach success. Those who infrequently review their investment strategy will get blindsided by events. You can’t put your investments on automatic pilot. Review your investments at least twice a year.

Good investors keep good records. Calculate and monitor your rate of returns. Measure investment performance over the current year and over the many years that you invest. By the same token, it’s foolish to check your portfolio every day, which leads me to the next sin…

Focus on the trends that will exert a significant impact on your investments. Don’t lose sight of the forest by staring at the trees. Monitor economic and financial trends — the broader context of your investments — instead of getting caught up in day-to-day movements of the markets.

A big move in a stock on a single day might seem at the time like a lot of money, but don’t lose perspective. Don’t blow out of proportion the seemingly big developments that really are minor in the context of your long-term plans. Don’t churn your accounts with a lot of unnecessary buying and selling. You’ll rack up fees and lose your sense of balance. Invest your money — not your emotions.

Stay committed to your strategy. Sure, any strategy needs to be calibrated. Market conditions change. You should remain flexible.

That said, don’t lose your head over a sudden, short-term opportunity that contradicts your long-range plans. Create a strategy that’s right for you — and, despite the gyrations of the market, stick to it.

Investing 100% of your capital in a specific investment is unwise. Any stock, no matter how inherently strong, can encounter headwinds along the way and sharply decline. Diversification is important. Spreading your money among at least a handful of stocks will limit your downside.

We all try to invest rationally, but investors also are human. If you invest all or most of your money in one hot opportunity, a large drop could prompt an impulsive decision. Out of fear, you might dump an otherwise sound long-term investment.

Before determining the amount of shares you buy in a company, first ask yourself how much loss you’re willing to tolerate. Always keep cash on the sidelines for emergencies and buying opportunities.

7) Making decisions based on the commentary of celebrity pundits. 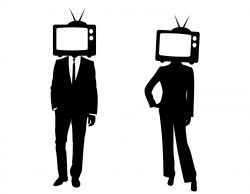 Ideologues tend to occupy an echo chamber with those who share their beliefs. Through various media, these self-anointed “experts” wield undue influence. If you allow their cranial flatulence to sway your investment decisions, you’ll lose money.

Be forewarned, the preening pundits on what passes for “news” on cable television often disguise their ties to a political party or interest group. They rely on cherry-picked or distorted data that further an agenda.

These operatives are so enamored of their preconceived notions, they refuse to acknowledge any evidence to the contrary. Absent on their list of priorities is the well-being of your portfolio.

The insatiable need of 24-hour TV for content virtually assures that anyone who can communicate at least a semblance of competence can get on the air. Unfortunately, there is no follow-up on advice conveyed. These shows are more about marketing, entertainment and presentation than they are about finance.

Got a question about positioning your portfolio for 2018? Drop me a line: mailbag@investingdaily.com.