Peering Ahead: Forecasts for The New Year

Jim Pearce is chief investment strategist of our flagship publication Personal Finance. He’s also director of research for Investing Daily. He’s been in the investing game for more than 30 years.

Jim is one of the smartest analysts I know. So when he asked to interview me about my forecasts for 2018, I was eager to oblige. Today marks the last workday of 2017; New Year’s Day is around the corner. Now’s the right time to publish our Q&A.

1) What major geopolitical event/circumstance do you expect to affect your coverage area the most in 2018, and how/why?

2) Which sectors/geographies do you believe will perform the best in 2018, and why?

3) What would it take for the current bull market to finally come to an end in 2018, and what might cause that to happen?

Below are the highlights of my answers. 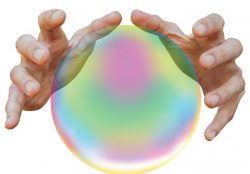 1) Aerospace/defense and technology are intertwined. They’re both susceptible to geopolitical risk.

The most likely source of risk is Asia. The rogue state of North Korea is rattling its saber. Worsening the danger is the angry response of the United States to North Korea’s provocations. The White House’s hawkish foreign policy will prove a wild card around the globe in 2018.

China is growing more assertive. Trump’s “America First” policy is causing the U.S. to retreat from international agreements. China is rushing into the leadership vacuum. This makes China’s neighbors in Asia nervous. Some of these neighbors are age-old antagonists. They never trusted China to begin with.

The upshot: 2018 will witness greater demand for aerospace/defense. High-margin jet fighters are popular export products. U.S. aerospace firms will sell more of them in coming months.

Tensions in Asia could weigh on the technology firms that are based in fast-rising emerging markets such as Taiwan and South Korea.

Japan will get caught in the cross-hairs. “Abenomics” finally got Japan off the ropes. But the country is militarily vulnerable. The outbreak of war in Asia would tank global markets.

2) I addition to aerospace/defense, banking and health services are positioned to outperform in 2018.

Financial stocks have racked up huge gains since Trump’s election, a rally driven by robust economic data and the expectation that the administration will deregulate Wall Street. This momentum should continue.

GOP-led efforts to cut the corporate tax rate constitute a windfall for banks, because they tend to take fewer deductions.

Banks also are happy about the prospect of a laissez-faire businessman in the White House who’s intent on deregulating financial services. High on the list: eliminating the Dodd–Frank act. Advocates of Dodd-Frank say it will prevent another 2008 crash. Bankers say it ties their hands.

The Federal Reserve is tightening the monetary spigot, with three more rate hikes planned for 2018. The widening rate spread makes it easier for banks to make money on loans.

Health care will continue to benefit from unstoppable trends that are resilient to economic and financial cycles. People need medical care, especially as they get older and sicker. This trend is unstoppable. Doesn’t matter whether the economy is growing or not. Around the world, populations are aging and middle classes are rising. That spells long-term demand for doctors, hospitals and drugs.

3) Triggers for a correction in 2018 will abound. Valuations are off the charts. The stock market is pricier now than in 1929 and in 2007. Those years heralded protracted bear markets. Around the world, there are bubbles in stocks, bonds and housing.

Years of low interest rates that spawned these asset bubbles are coming to an end. The Fed is on course for shrinking the vast amount of government securities it holds. The European Central Bank and the Bank of Japan are following the Fed’s lead. Say goodbye to the punch bowl.

The Fed tries to strike a balance with monetary policy. The central bank rarely gets it just right. There’s a danger that rising rates will choke off the economic expansion. At the same time, the Trump administration is gutting the regulations put in place to prevent another 2008. If trouble comes, Uncle Sam won’t have many tools at its disposal.

Want to know more about my forecasts for 2018? Shoot me an email: mailbag@investingdaily.com