Lessons from 4 Stocks that Crashed and Burned

Wall Street history is rife with examples of overpriced stocks that blew up and crashed in flames to the ground. Sort of like the Hindenburg at Lakehurst, New Jersey. Investors quickly lost their shirts, before they could cry out: “Oh, the humanity!”

These stocks were fiery catastrophes. They’re also instructional. Below is a look at four incidents that were particularly painful.

Stocks posted a dismal 2018, but the S&P 500 year to date is up about 16%. As equities close in on new highs, you should worry about excessive valuations.

I’ve ranked our four stock disasters in order of magnitude. The first was the most damaging for not only investors but also the economy. The following stories are cautionary tales. Never think that any stock is immune from collapse. 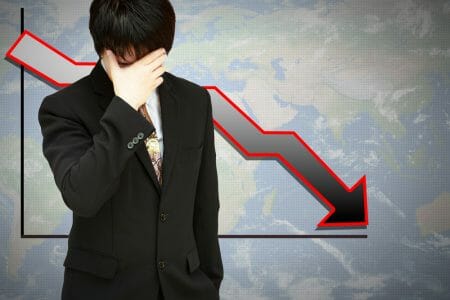 In terms of equity bust-ups, Bear Stearns is the mother of them all. Most of us are familiar with the tragedy of Bear Stearns. It’s the investment house that became overexposed in the market for securitized sub-prime mortgages.

In March 2008, Bear Stearns’ stock fell from its 52-week high of $133.20 per share, traded before the financial crisis, to a low of $2.00, on a $236.2 million buy-out offer from JPMorgan Chase (NYSE: JPM). In January 2010, new owner JPMorgan discontinued using the Bear Stearns name. Bear Stearns had become synonymous with reckless greed.

The collapse of this once-respected Wall Street brand triggered the great financial meltdown of 2008-2009.

We’re still paying the price. Rich nations began amassing bonds in the wake of the crisis. The goal: prevent the collapse of global capitalism. It worked.

But now, that money is getting pulled out of the system. Central banks are tightening. The Fed is unwinding its balance sheet. What happens to stocks without ultra-low interest rates? Investors are in uncharted waters. The ghost of Bear Stearns still haunts the markets.

And by the way: the “pundits” on CNBC were advising investors to hang onto Bear Stearns stock, even as the company circled the drain. Let that be a warning about the financial press.

This energy company was number seven on the Fortune 500. Enron was touted as an exemplar of American enterprise. It was one of those companies that seemed too big to fail. How could it ever run out of money? But it did — and fast. Enron’s inflated stock was a ticking time bomb that exploded.

Enron’s stock price hit a high of $90 per share in mid-2000. By the end of November 2001, the stock price had plummeted to less than $1 a share. Shareholders lost nearly $11 billion, wiping out the nest eggs of thousands of employees.

The company went bankrupt in December 2001. A web of accounting irregularities and financial abuses came to light. The company’s top executives went to prison. The name “Enron” has become synonymous with corruption.

During the technology boom of the early 1980s, this maker of children’s plastic swimming pools came out with bargain-priced computer video games. It launched a home computer dubbed “Adam.”

It also produced Cabbage Patch dolls. Remember the Cabbage Patch craze of the 1980s? Not since the Dutch Tulip Mania of the 17th century had the crowd been so manic over a fad.

Then it fell off a cliff. First, shares plunged more than 50% from June to August 1983, as sales of its products dramatically slowed. By March 1984, Coleco stock had plummeted to $10 a share. In 1988, the company filed for bankruptcy.

In February 2000, a month before the tech bubble went bust, Pets.com launched an $82.5 million IPO. By November of that year, the company had gone bankrupt and closed its doors. The stock had fallen from over $11 per share in February to $0.19 the day of its bankruptcy announcement.

During its hey-day, the company was backed by e-commerce giant Amazon (NSDQ: AMZN). See? Amazon CEO Jeff Bezos is not infallible.

Got personal examples of stock disasters? Share your tales: mailbag@investingdaily.com