Analysts were expecting 2018 to start off with at least some modest profit-taking. Holding stock winners until January is a well-worn strategy to defer taxes for 12 months.

Instead of profit-taking, more profit-making occurred.

Historians, take note: stocks continued to climb in 1987 for eight more months by double-digits whereas they quickly turned tail in 2003 and dropped into a March bottom.

On Tuesday, January 16th, the tenth trading day of the year and the first after the Martin Luther King market holiday, something strange happened after a normal start. Stocks, as was their 2018 custom, shot out of the gate at the market open, gapping up from the prior Friday’s close on stellar earnings from Citigroup (NYSE: C) and UnitedHealth Group (NYSE: UNH). Seven days after Wall Street pulled out the “Dow 25,000 hats,” new hats need to be ordered as the Dow Jones Industrial Average surpassed 26,000.

What happened to cause such a dramatic intra-day reversal? Did Icarus’s wax wings finally melt in the sun of overvaluation or was it increasing fear that the Democrats and Republicans in Congress would fail to reach a spending agreement by Friday January 19th and cause a government shutdown?

For stock-market technicians, the answer doesn’t matter because causation cannot be proved. The real issue is not why, but what? And once “the what” has been identified precisely, the next question is how has the market historically behaved after similar incidents?

There are two Japanese candlestick patterns that could describe the reversal that occurred on Tuesday: 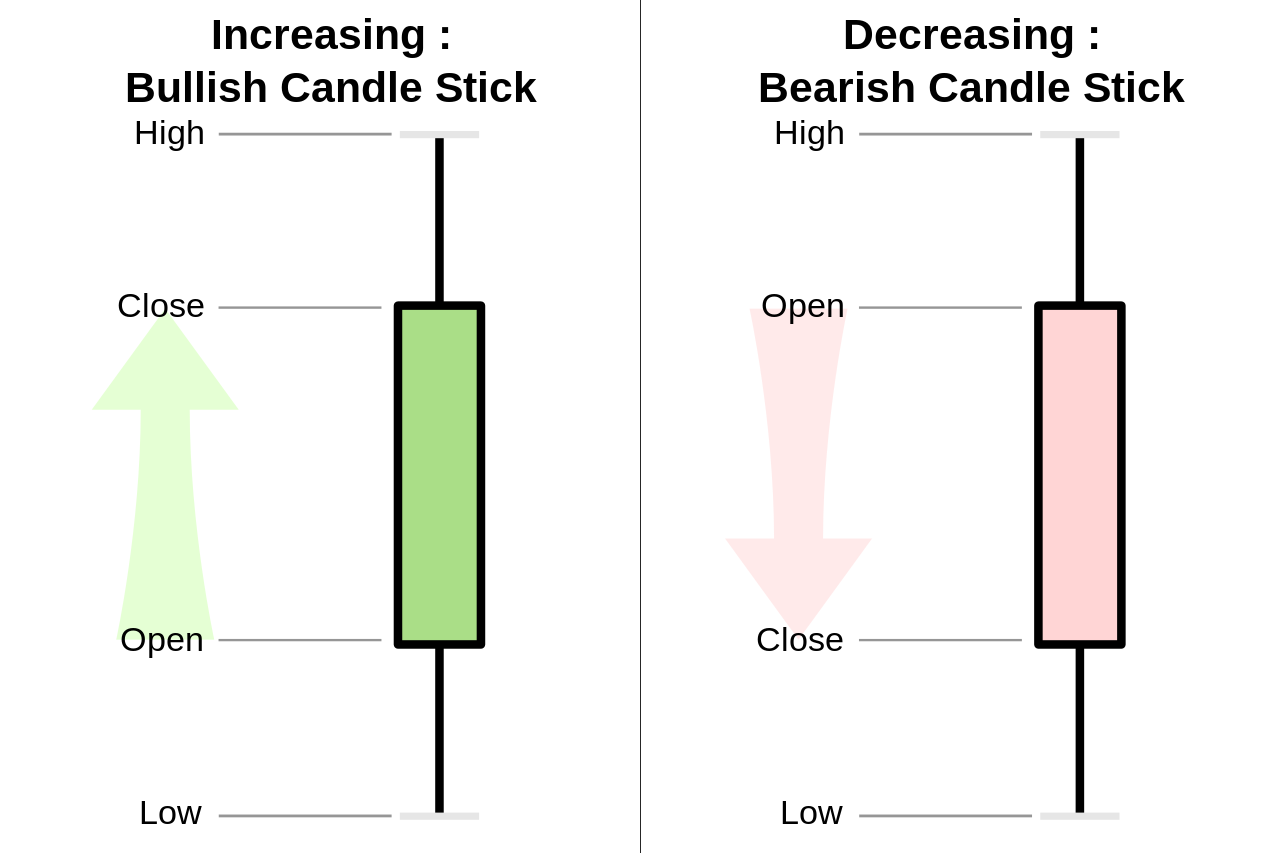 Based on these numbers, it is clear that a reversal has taken place. The second candlestick has both a higher intraday high and open, as well as a lower intraday low and close. The only critical thing missing is a second-day close below the first-day open. Oh well, Tuesday’s reversal does NOT qualify as bearish engulfing.

Because the criteria for a dark cloud cover is less strict than a bearish engulfing, it has a less bearish prognosis and requires additional bearish follow-through to be confirmed. As of this writing on Wednesday, stocks are up big so bearish confirmation has not occurred yet.

Okay, now that we know that Tuesday’s reversal was a dark cloud cover, the question remains . . . so what?

Predicting a Bearish Future Based on the Past

Thanks to Twitter contributor Steve Deppe, we have some historical context. He performed two studies on S&P 500 reversals with the following criteria:

There are only six prior instances, which may not be statistically significant, but looking out four trading days, forward returns are poor and uniformly negative on average. In each case, at least one close over the next three days is negative and four of the six instances experience a decline of -1.02% or more.

The second study looks only at reversals during the month of January:

Only five prior instances, but four of the five instances close lower at least three times in the next four days with one instance continuing to rise higher with no let-up. With the S&P 500 up bid as of this writing on Wednesday, the current situation may mirror the one bullish outlier in this study, but only time will tell for sure.

Although analyzing past data provides an edge that increases the probability of future performance, nobody knows the future with certainty because it hasn’t occurred yet and is based on events that haven’t occurred yet.

All we can say is that an analysis of prior stock-market situations similar to the current one argue for caution through next Monday January 22nd.

The Bull Market Will Return

What to expect after the cautionary bearish period ends at the close on January 22nd? The bull market should return with a vengeance: 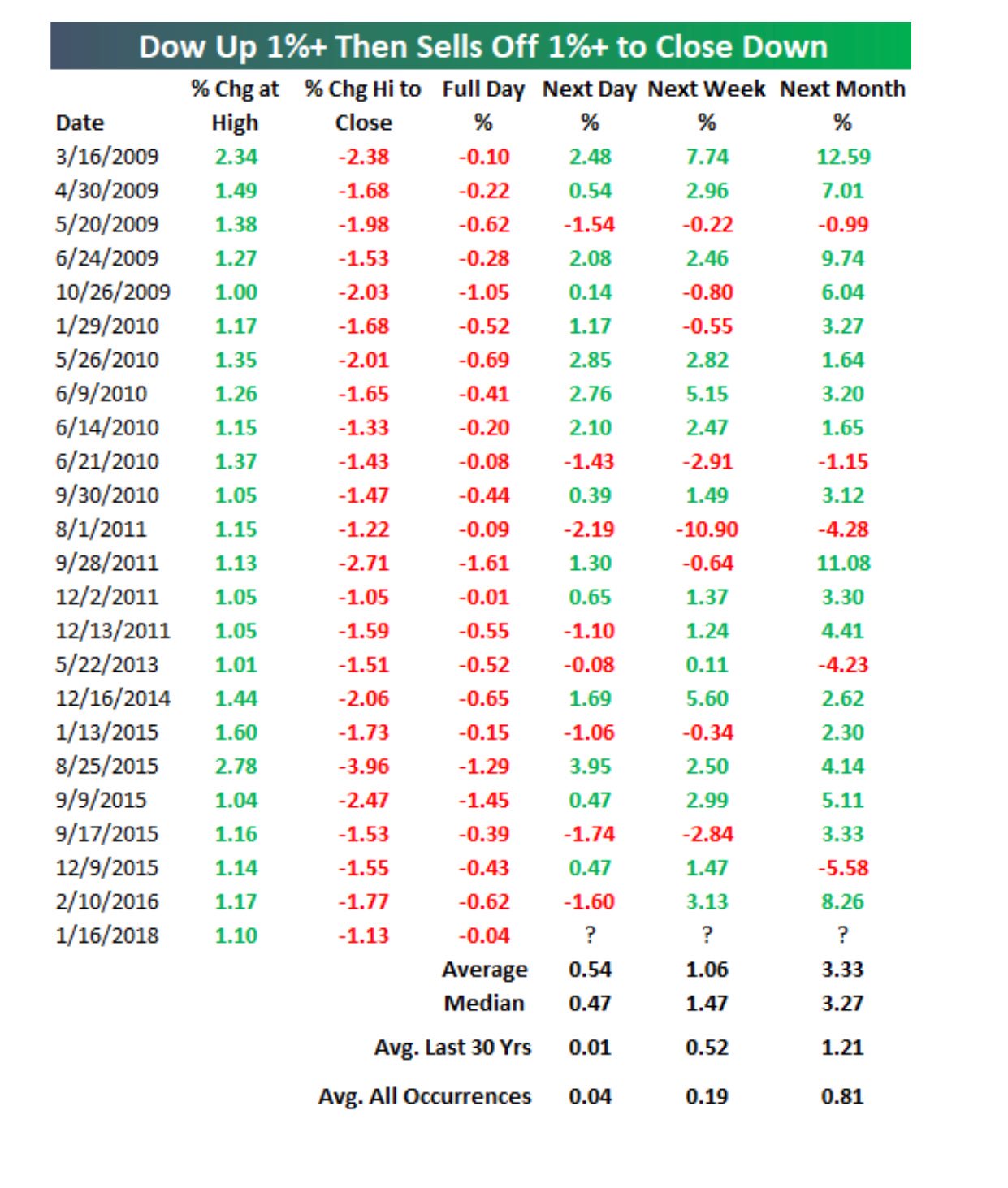