My Favorite MLP Soars Above The Crowd

The drop in oil prices that began in the second half of 2014 created a bear market across the energy sector. Refiners were spared as they benefited from the drop in oil prices, but oil and gas producers, oilfield service companies, and midstream companies generally saw huge drops in their share prices.

Much of the energy sector began to recover last August, and now many of my favorite oil companies have registered double- or even triple-digit gains going back to the beginning of 2014.

Master Limited Partnerships (MLP), on the other hand, continue to struggle. Many of President Trump’s policies should benefit midstream companies — as should the increase in oil prices — but that hasn’t translated into higher unit prices for most MLPs.

To illustrate, the Alerian MLP Index (AMZ), a benchmark that reflects most of the midstream sector’s market capitalization, is down 41% since the beginning of 2014.

Meanwhile, leading oil producer EOG Resources (NYSE: EOG) is now up 27% over that time frame — despite suffering a double-digit decline in 2015. If you had the foresight to buy EOG Resources last August, your shares rallied by 40% before recently giving up some gains as oil prices weakened.

But my favorite MLP has outgained nearly all energy companies since 2014 while paying a 9% dividend. More on that below. But first, a quick review on MLPs.

What is an MLP?

To be clear, the terms MLP and midstream (i.e., the business of moving and storing oil and gas) are not synonymous, but most midstream companies have organized themselves into MLPs.

The big advantage of MLPs is they aren’t taxed at the corporate level. MLPs pass profits directly to unitholders in the form of quarterly distributions.

This arrangement avoids the double taxation of corporate income and dividends affecting traditional corporations and their shareholders and, all things being equal, should deliver more money to unitholders.

But the distributions aren’t fully taxed either. Because of the depreciation allowance, 80% to 90% of the distribution is considered a “return of capital” and thus not taxable when received. Instead, returns of capital reduce the cost basis of an investment in the MLP.

The rest of the distribution—typically 10% to 20% —is taxed at the recipient’s income tax rate. Being able to defer the rest of the tax until the investment is sold is an advantage since the income can be reinvested to generate compound returns that could more than pay for the eventual tax bill.

One downside for some is that MLPs issue Schedule K-1 forms instead of the 1099 forms you may receive from a corporation. This involves a bit more record-keeping. Most K-1s are issued between late February and early April, which could delay your tax return.

I first wrote about Enviva Partners (NYSE: EVA) in 2015 as they were preparing to go public. Before the IPO, I wrote:

Enviva is the first publicly traded MLP based on the production and sale of wood pellets, and it looks quite interesting. It is in a fast-growing business, and one that is likely to become increasingly important in the future. MLP investors who would like to make more investments in renewable energy will find a lot to like here.

We subsequently made an official Buy recommendation on Enviva, and I wrote a number of follow-up articles praising the company.

Enviva is an unconventional MLP. Its business primarily involves the sale of wood pellets that are increasingly replacing coal in European power plants. Enviva Partners entered into the wood pellet business in 2010 and is now the world’s largest supplier of utility-grade wood pellets to major power generators. 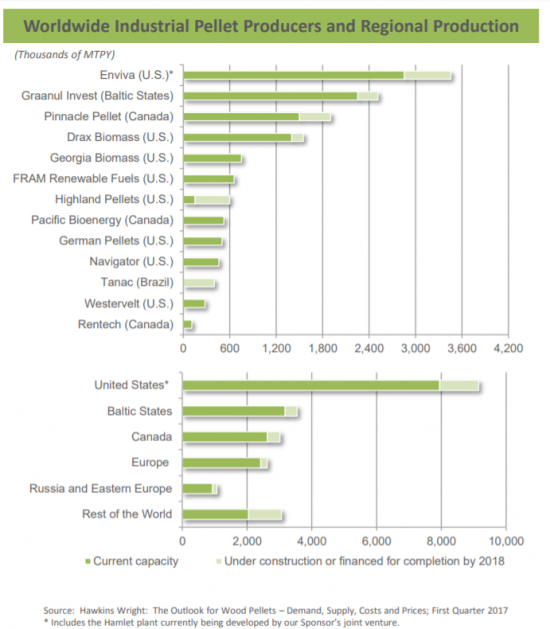 Enviva has executed multiple long-term, take-or-pay contracts and has built and acquired the production and terminal capacity necessary to fulfill them.

At the time of the IPO, Enviva projected that demand for utility-grade wood pellets would rise at a compound annual growth rate (“CAGR”) of approximately 21% from 2014 to 2020. This growth was expected to be driven by the conversion of coal-fired power generation and combined heat and power plants to co-fired or dedicated biomass-fired plants, primarily in northern Europe but increasingly in South Korea and Japan. 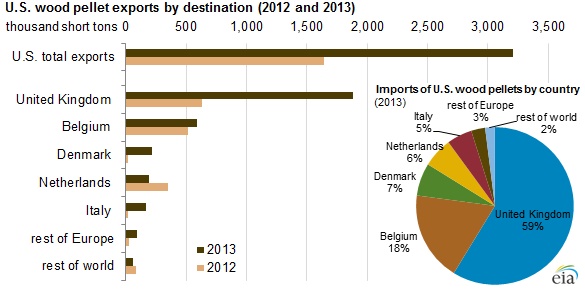 So even though the current U.S. administration is weakening laws that limit the growth of greenhouse gas emissions, that isn’t the case in most of the rest of the world. As a result, Enviva operates in a niche that should continue to see strong growth for years to come.

The results since the IPO have been outstanding. During a time when the broader MLP indices declined by 40%, Enviva units have a total return of 63% (including distributions). The company has consistently yielded 8-10% since its IPO (currently 9.0%). It has also increased its payout in every quarter since the IPO (nine straight quarters).

This wasn’t intended to be a deep dive on Enviva, but rather to highlight an MLP that is performing well despite the overall weak sentiment of MLPs over the past three years. If you like the idea of having an MLP in your portfolio, but don’t like the cyclicality of the oil and gas business — you might consider Enviva Partners as an option.

Bear in mind that MLPs aren’t for everyone. They are best-suited for income investors who plan to hold the investment for an extended period.