Get a Grip: How to Cope With Extreme Volatility

The on-again, off-again trade war is sowing anxiety in the stock market, as the U.S. and China alternate between angry and conciliatory rhetoric. After a new round of tariffs this week triggered extreme volatility in global markets, both countries now seek to soothe investors by insisting that negotiations remain on track.

Below, I’ll show you a trading method that’s especially valuable amid the unnerving conditions we’re facing today. But first, a quick look at the irrationality of trade war. For instruction, let’s turn to the movies.

Richard Nixon speechwriter Ben Stein, who also happens to be an economist, made a now classic cameo appearance as a high school teacher in the 1986 movie comedy Ferris Bueller’s Day Off. In his bland monotone, Stein tried to teach his comatose class of youngsters a lesson in basic economics:

In 1930, the Republican-controlled House of Representatives, in an effort to alleviate the effects of the… Anyone? Anyone?… the Great Depression, passed the… Anyone? Anyone? The tariff bill? The Hawley-Smoot Tariff Act? Which, anyone? Raised or lowered?… raised tariffs, in an effort to collect more revenue for the federal government. Did it work? Anyone? Anyone know the effects? It did not work, and the United States sank deeper into the Great Depression. Today we have a similar debate over this. 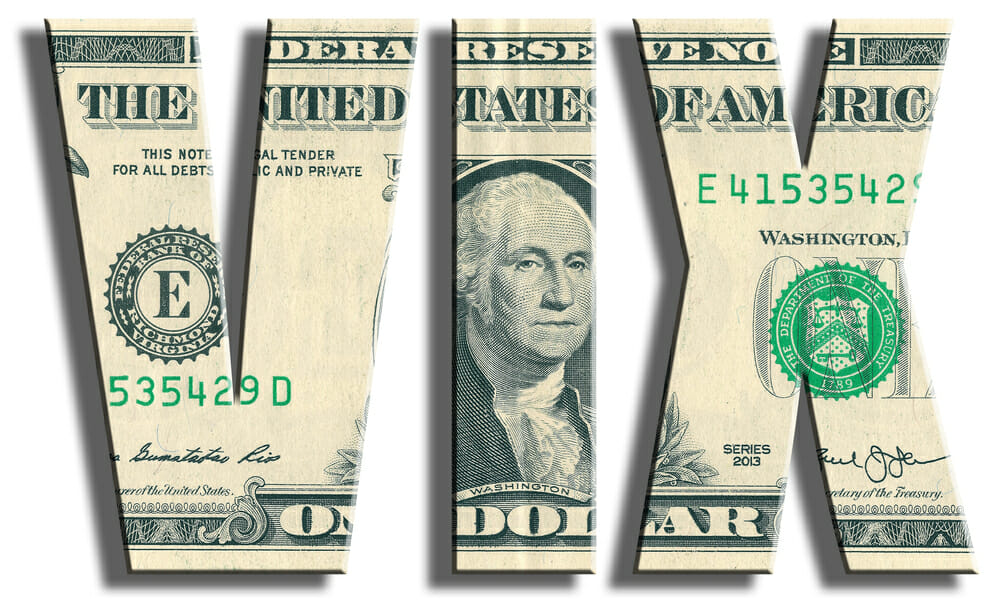 The trade policy whims of Washington and Beijing are whipsawing investors, putting stocks on wild roller-coaster rides. Over the past month, the CBOE Volatility Index (VIX), aka “fear gauge,” has risen more than 50%.

By tracking a basket of options based on the S&P 500 index, the VIX measures the implied volatility of the S&P 500 over the subsequent 30-day period. VIX readings are suggestive of the percentage range of returns the S&P 500 probably experienced over the short term.

Traders watch the VIX for signs of complacency during the market’s bullish periods and signs of extreme anxiety during bearish periods.

When the market acts increasingly fearful, how can you find calm? Let’s turn to the secrets of the super investors.

A key strategy in their trading toolbox is called “asymmetric investing.” You’ve probably never heard of it, but it’s a proven way to get rich. If you want to make serious money over the long haul, you should understand how it works.

You don’t have to be a billionaire. You can leverage this system for your own gains. It’s an apt approach for the turbulence we currently face.

Asymmetric investing is a strategy whereby the outcome of a trade probably has more profit than loss or risk taken. The upside potential may be greater than the downside loss. Or the downside is limited but the upside is unlimited.

Asymmetry. As applied to investing, it means the risks versus the rewards are imbalanced. An asymmetric portfolio entails fewer scenarios where the investment has the potential to lose money. If it does lose money, the amount lost is limited.

This method preserves capital. You also get downside protection. There are more scenarios where the investment has the potential to profit, and when it does the profits are significant. 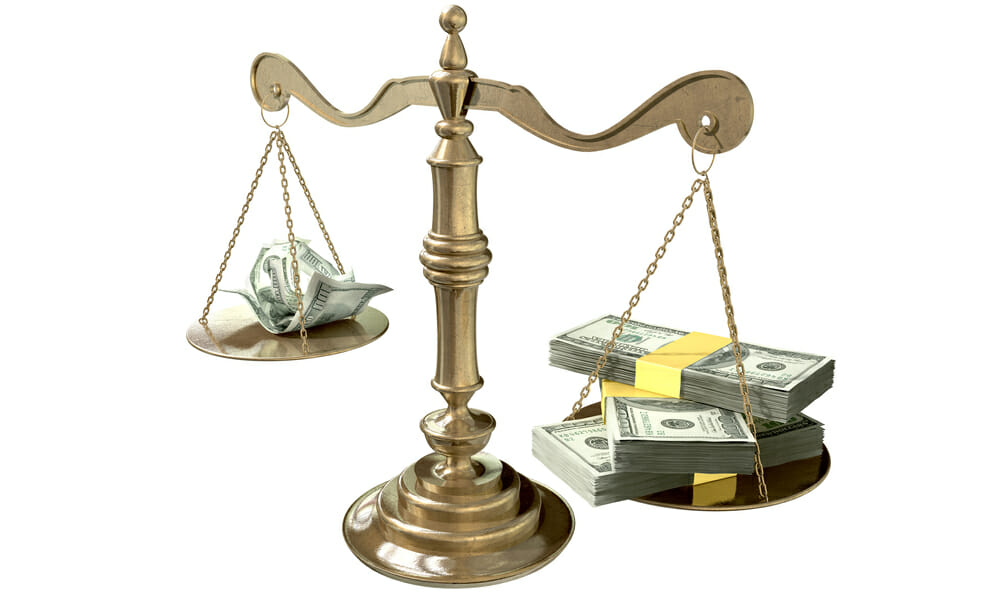 How does this method differ from conventional investing? Like most investors, you probably weigh risks and returns in a way that’s directly correlated.

For example, you already know that a small biotechnology stock has more risk than, say, a large-cap biotech, but the upside potential is great.

It’s the old familiar weighing scale. That’s fine for investors who are content with modest gains over the long haul. But it’s no way to become wealthy.

Consider the math of asymmetric investing. Stocks can only go down 100%, but their upside is unlimited.

Sounds simple. The problem is, most investors either don’t use the asymmetric method or they’re unaware of it. They invest their money with tunnel vision. They’re only concerned with avoiding risk and trying to bet on “sure things.”

But the top money managers embrace asymmetric investing. They usually don’t use the term, but it’s how they became billionaires. Sure, sometimes they make a losing bet, but over time an asymmetric approach will trounce the market. You can apply the same technique to your portfolio. You can make big money like the big boys.

Biotechnology illustrates the effectiveness of this technique.

By scrutinizing their fundamentals (balance sheets, expected operating results, historical earnings “surprises”), we can determine that each of these stocks entail a 25% chance of losing half of your investment and a 25% chance of doubling it. Your investment range would be a 50% loss to 100% return.

Over the past five years, the S&P 500 has gained 49.1%. The upshot: You could have done better by putting your money into an index fund. (Pardon me while I stifle a yawn.)

Okay, let’s say you’re a more adventurous soul. You embrace the asymmetrical method, by putting your money into a small-cap biotech. This fledgling company is deemed risky, but it boasts a proprietary technology that’s targeted toward a growing medical need.

By vetting this company’s stability and growth potential (cash on hand, projected revenue, potential market share, etc.) and applying an asymmetric approach, you can never lose more than 1X your investment, but your return could be 10X, 100X, 300X… the sky’s the limit. In future columns, I’ll further discuss this method, with real-world applications.

Questions about how asymmetrical investing works? Drop me a line: mailbag@investingdaily.com