How to Join The World’s “Super-Rich Club”

Donald Trump, Warren Buffett, George Soros, Peter Lynch, Carl Icahn, Bill Gates, Jeff Bezos, and even Vladimir Putin all have one thing in common: they’re super-rich. Most of them are billionaires.

Well, no one’s completely certain about President Trump’s real net worth. Only his tax accountant knows for sure. But if it seems to you that the uber-wealthy are running the world, you’re not wrong.

According to a recent report from the non-profit relief services charity Oxfam, the world’s top 26 billionaires own $1.4 trillion, as much as 3.8 billion other people. Billionaire fortunes increased by 12% in 2018, or $2.5 billion a day, while the 3.8 billion people who make up the poorest half of humanity saw their wealth decline by 11%. Puts your own net worth into perspective, doesn’t it?

If you’re not among the super-rich, here’s the good news: anyone can use their investment methods to make money.

The Super-Rich Club appears impregnable. But as you build your net worth, you don’t have to feel locked out of the big leagues. As an individual investor, you can tap into the world’s riches by following the time-proven techniques of the super-investors.

I’ve chosen three Masters of the Universe whose ingenious moneymaking methods are particularly worth emulating: Warren Buffett, George Soros, and Peter Lynch. Let’s see how these investment wizards became rich and what they can teach you today. 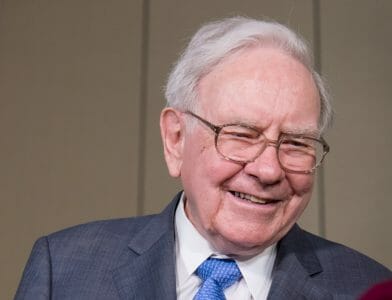 Buffett currently possesses an estimated net worth of roughly $81 billion. How did Buffett amass his vast fortune?

Buffett didn’t inherit a real estate empire from his father, as did Donald Trump. Nor did Buffett line his pockets by creating a kleptocratic petro-state, as did Vladimir Putin. The Oracle of Omaha isn’t a technology brainiac like Bill Gates, and he isn’t a Gordon Gekko-type corporate raider like Carl Icahn.

As chairman, CEO and largest shareholder of Berkshire Hathaway (NYSE: BRK.A, NYSE: BRK.B), Buffett follows the principles of “value investing” pioneered by Benjamin Graham, whereby he finds equities with prices that are unjustifiably low according to their intrinsic worth.

By investing in value stocks, Buffett essentially buys a built-in gain and/or a safety net. The smallest bit of good news can propel the stock up to a fair price. Even significant bad news doesn’t necessarily bring the price down. In many cases, the stock is undervalued because such bad news was already anticipated.

Overvalued stocks, or even some fairly valued stocks, are highly susceptible to bad news and don’t always respond as expected to good news. Surely, you’ve held a stock that released quarterly earnings that “met expectations” and proceeded to get hammered. In the subjective expectations game of Wall Street analysts, sometimes good isn’t good enough.

However, Buffett takes value investing to a deeper level. He once said: “In the short term the market is a popularity contest; in the long term it is a weighing machine.” He doesn’t necessarily wait for the market to eventually reward the merits of underappreciated stocks; he chooses stocks according to their latent growth potential.

Buffett looks for strong balance sheets, positive free cash flow, market domination, and high-quality management. He emphasizes long-term ownership of a company, not just the chance for capital appreciation based on temporary market dynamics. He wants the company to provide products and services that people will need far into the future… and Buffett must actually understand these products and services. Esoteric Internet companies are not for him.

For Warren Buffett to buy a stock, it’s especially important that the company has demonstrated consistent earning power. Unprofitable companies with rosy future projections, or “turnaround” situations, hold no appeal for him. 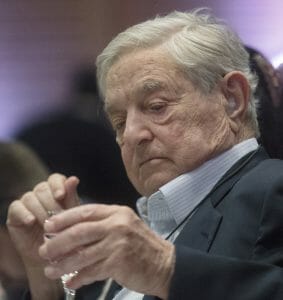 In addition to being an investment genius, Hungarian-born George Soros (net worth: $8.3 billion) also is a survivor of the Holocaust. His financial support of liberal causes around the world has earned him the enmity of many conservatives, but if you’re an investor, you shouldn’t care about any of that. You simply can’t argue with his astonishing track record.

Notably, Soros is known as “The Man Who Broke the Bank of England” because of his short sale of US$10 billion worth of British pounds, reaping him a profit of $1 billion during the 1992 “Black Wednesday” currency crisis in the U.K. He also made almost $1 billion shorting Japanese yen in 2012 and 2013.

Soros once said: “I put forward a pretty general theory that financial markets are intrinsically unstable. That we really have a false picture when we think about markets tending towards equilibrium.”

Recent case in point: Soros made a huge killing from the market plunge caused by Britain’s referendum vote on June 23, 2016 to leave the European Union. Among his winning “Brexit” trades were a $100 million bet against Deutsche Bank (NYSE: DB); a put options bet against the S&P 500 Index; and large holdings in gold miner Barrick Gold (NYSE: GOLD) and the SPDR Gold Trust ETF (GLD). The continuing mess over Brexit has proven Soros prophetic.

Soros has earned huge returns by anticipating, understanding and exploiting the knee-jerk, reflexive responses of investors to cyclical events. His success epitomizes the enormous gains available if you’re armed with the right information and trading tools.

While running Fidelity’s Magellan Fund from 1977 through 1990, Peter Lynch achieved annual average returns of 29%. Under his tenure, the company’s assets grew from $20 million to $14 billion. The fund posted the best 20-year return rate of any mutual fund in history.

Lynch (net worth: $400 million) is famous for asserting that you should never invest in any idea that you can’t illustrate with a crayon. In other words, never own stock in a business that you can’t explain in a few simple sentences. In this video, Lynch explains why he considers simplicity to be the most important investing principle — and laments the fact that many investors don’t heed it.

Lynch also is known for marrying growth with value. He developed the PEG ratio that took the traditional price-to-earnings valuation metric and divided it by the company’s growth rate.

As Lynch explained in his seminal book One Up on Wall Street (1989):

“The P/E ratio of any company that’s fairly priced will equal its growth rate … If the P/E of Coca-Cola is 15, you’d expect the company to be growing at about 15 percent a year, etc. But if the P/E ratio is less than the growth rate, you may have found yourself a bargain.

The PEG ratio allowed Lynch to invest in highly valued companies as long as they had a high growth rate to support that lofty valuation. Conversely, it helped him avoid “undervalued” stocks if they were bargains simply due to their earnings growth being terrible.

Pioneered by Lynch, the PEG ratio has become a conventional, widely used metric. Lynch liked to say: “All the math you need in the stock market, you get in the fourth grade.”

Got an investing question? Whether you’re a trading novice or a seasoned pro, I’d love to hear from you. Drop me a line at mailbag@investingdaily.com.