Thursday was a big day for earnings reports and the biggest news came from social media giant Facebook (NSDQ: FB). The erstwhile high-flier suffered a stunning fall from grace today, after its second-quarter operating results came up short.

I’ve been warning you about mega-cap “story stocks” that sport excessive valuations. Now you know why.

I’ll get to the gory details about Facebook in a minute. I’ll also review other major earnings results. But first, a snapshot of the economic landscape.

The U.S. unemployment rate currently stands at a 17-year low. The rate ticked up to 4% in June, but largely because more Americans are rejoining the labor force (see chart, compiled with data from the Bureau of Labor Statistics): 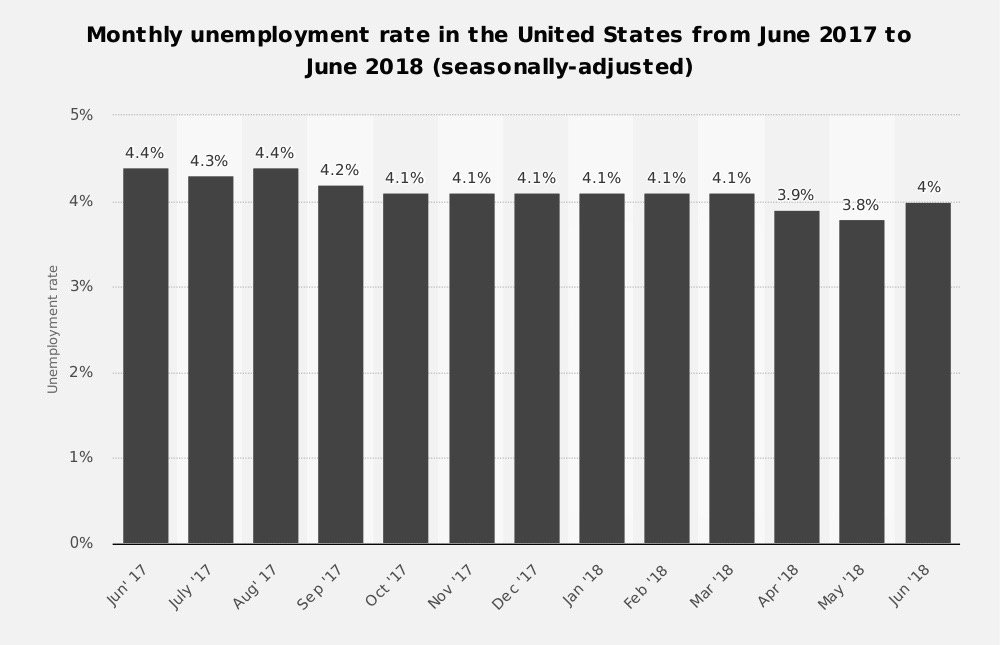 The Labor Department reported today that initial claims for state unemployment benefits increased 9,000 to a seasonally adjusted 217,000 for the week ended July 21. Claims dropped to 208,000 during the week ended July 14, the lowest reading since December 1969.

Economists had forecast claims rising to only 215,000 in the latest week, but the differential means little. Job growth remains on track. The resilience of the recovery has provided a floor for the blue chips in the Dow.

Lots to frown about… 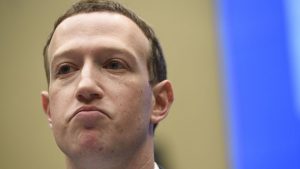 The fellow pictured on your left, Facebook founder and CEO Mark Zuckerberg, was reminded of an important lesson today: What earnings giveth they can taketh away.

In terms of market capitalization, Facebook was worth $629.6 billion yesterday. At the closing bell today, it was worth $510.2 billion. In other words, $119.4 billion in value disappeared like spit on the griddle.

After the market closed Wednesday, Facebook reported second-quarter earnings per share (EPS) of $1.74, beating the consensus estimate of $1.72. But revenue was $13.23 billion, missing the estimate of $13.36 billion. Facebook’s global daily active users came in at 1.47 billion versus expectations of 1.49 billion.

In its earnings call with analysts, Facebook said it expects revenue growth to be lower in 2018 than in previous years. The company has a serious problem — eroding public trust.

Facebook’s image was badly tarnished when the Trump-connected data mining firm Cambridge Analytica was exposed for purloining the personal details of 50 million Facebook users. The media uproar forced Cambridge Analytica to close its doors, while Facebook continues to grapple with security lapses.

Most observers gave Zuckerberg poor marks for his Congressional testimony in April on the privacy scandal. His performance was seen as arrogant and Facebook’s remedial steps as inadequate. Skepticism among Facebook users is deepening, which in turn dampens advertising growth.

PayPal’s revenue in the quarter represented 23% year-over-year growth, but its revenue outlook for the third quarter fell below expectations. PYPL shares rose a modest 0.56%, bucking the tech sector downdraft.

On the earnings docket tomorrow is Twitter (NYSE: TWTR), which reports before the open.

From burgers to bombs…

Raytheon is the maker of the Paveway laser-guided bomb, the Patriot missile and the Iron Dome missile defense system in Israel. The firm claims a lengthening roster of clients in hot spots around the world, especially the Middle East. Rising tensions in the region are filling the coffers of the defense industry. They’re also driving up the price of oil.

Bad news often lifts oil prices, which is good news for energy investors and typically the broader markets. But for Facebook and the tech sector today, bad news was just…well, bad news.

“Is America’s trade war with Europe now over?” — Andrew J.

Investors were cheered by yesterday’s talks between President Trump and European Commission President Jean-Claude Juncker. The two leaders made minor concessions that seemed to defuse, for now, the transatlantic trade battle. But hostilities are likely to flare up again.

Questions about the global trade conflict? Drop me a line: mailbag@investingdaily.com