When a very much alive Mark Twain read his obituary that a major newspaper had mistakenly printed, the great American humorist quipped: “Reports of my demise are greatly exaggerated.”

You could say the same about FAANG stocks.

Thanks to strong operating results from FAANG member Apple (NSDQ: AAPL), most of the beleaguered quintet rose today, as did the tech-heavy Nasdaq. 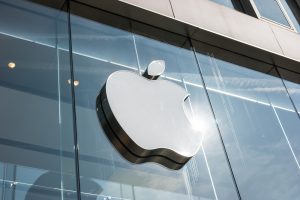 Apple delivered a strong fiscal third-quarter earnings report after the closing bell Tuesday. On a year-over-year basis, earnings per share (EPS) increased by 40% and revenue increased by 17%.

Sales of the iPhone came in at 41.3 million, below expectations of 41.79 million, but the average selling price continued to climb.

Today’s FAANG resurgence proved that they’re still alive and kicking. That said, the trend away from mega-cap momentum stocks toward value is growing more pronounced, as investors rightfully grow more cautious about the risks ahead.

The dogs of trade war…

China asserted Wednesday that “blackmail” wouldn’t work and that it would strike back if the U.S. takes further protectionist steps. The White House is considering the imposition of a 25% tariff on $200 billion worth of Chinese goods.

The latest Trump administration proposal would boost the potential tariff rate from the 10% initially put forward on July 10. The tariffs target thousands of Chinese imports, including steel and aluminum.

China has accused Trump of launching the “largest trade war in economic history.” The president has cried havoc and let slip the dogs of trade war. And havoc is what we’re seeing.

According to research firm Oxford Economics, the escalating trade war could cost the global economy $800 billion, or 4% of global trade (see chart): 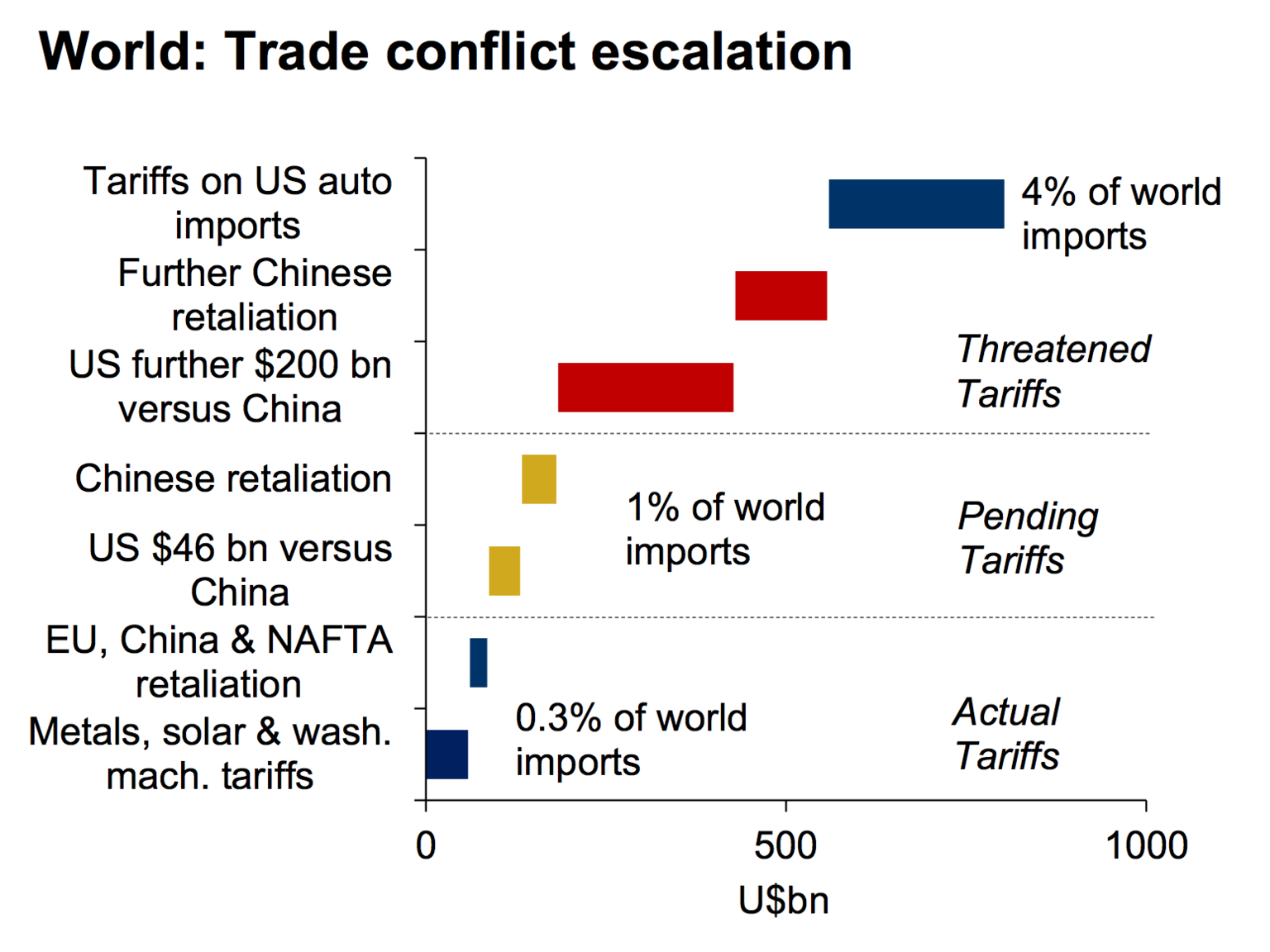 Business groups, many of them supporters of Trump during the 2016 election, have condemned his tariffs. Most members of Congress on both sides of the aisle also oppose them.

But Trump has dug in his heels. The president yesterday lashed out at the conservative billionaire Koch brothers, who support Republican causes but oppose tariffs. Trump dismissed the Kochs as “globalists.”

Trump’s protectionist rhetoric will probably get more inflammatory, to appeal to his base as the midterms loom. Trade volatility will persist until at least the November elections are over. Trump has also slapped hefty levies on European, Canadian and Mexican steel and aluminum.

Wall Street views protectionism as a threat to global growth. Those fears were further confirmed Wednesday in a new survey of factory activity.

Inflation across the euro zone was 2.1% in July, above the European Central Bank’s target of slightly below 2%. The rising cost of inputs due to tariffs already is affecting a broad range of products.

The Federal Reserve’s Federal Open Market Committee (FOMC) concluded two days of meetings today and announced that it would stand pat on interest rates for now. The FOMC did say, though, that inflation was nearing its 2% target and another rate hike was likely in September.

Amid today’s mix of good and bad news, Wall Street’s initial celebration over Apple quickly turned sour. The consumer tech firm was the only thing that kept the Dow from having a truly worse day.

“Instead of purchasing physical gold or silver, should I consider mining stocks and funds?” — Dean J.

Let’s assume that a gold miner can produce one ounce of gold at a cost of $600. At today’s gold price of about $1,220/oz, the company’s profit is $620/oz. Of course, gold miners also underperform on the downside.

Some precious metals funds are pegged to the price of the respective metals; others contain baskets of mining stocks. Regardless, funds are safer and easier ways to gain exposure to the yellow and white metals.