Advanced Micro Devices (NSDQ: AMD) has been generating market-thumping gains year after year, making it one of the hottest stocks in the booming chipmaking sector.

Will AMD’s upward trajectory continue in 2019? Or is it too late to make money on this high-flyer?

In this edition of Investing Daily you’ll discover:

Let’s dive in and get some answers. 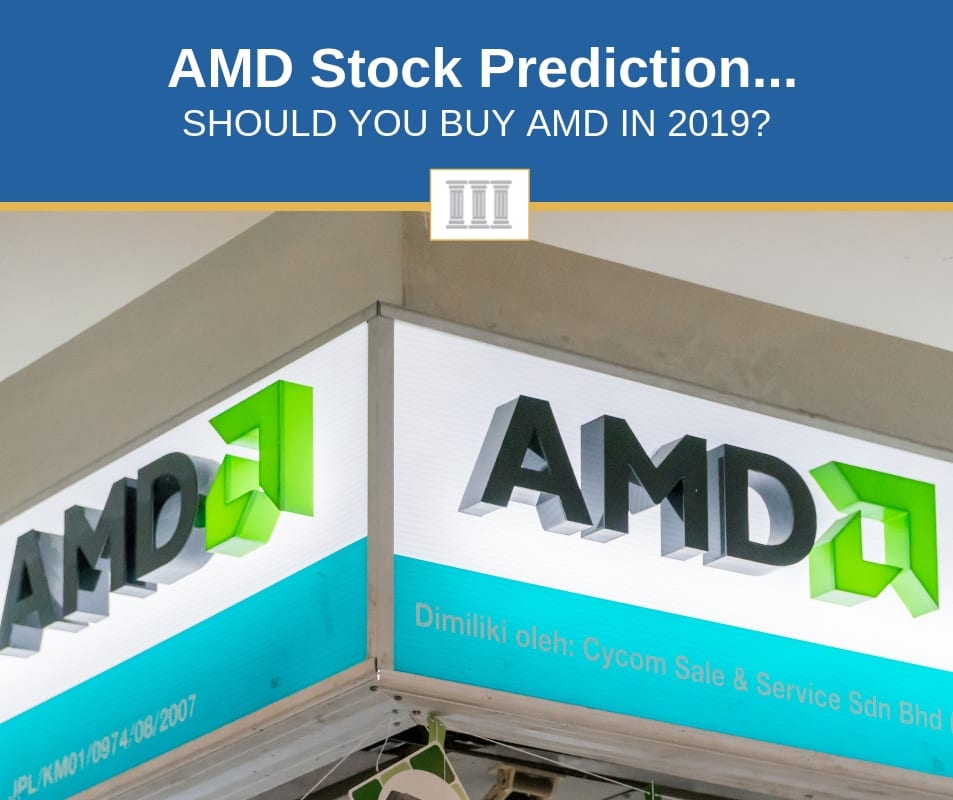 With a market cap of $24.4 billion, AMD is the second-largest maker of these products, behind rival Intel (NSDQ: INTC), which sports a mammoth market cap of $207.5 billion.

Advanced Micro Devices has been a money-making machine.

But as overall stock market volatility increases, will AMD run out of mojo? Or is the best yet to come?

To answer that question, we need to know about the trends that have been propelling the stock forward.

Why Has AMD’s Stock Gone Up?

Advanced Micro Devices makes chips and related products that are indispensable for a host of exploding technologies, such as virtual reality (VR), artificial intelligence (AI), cloud computing, and the Internet of Things (IoT).

These technologies are upending the status quo for businesses and consumers. AMD’s products are faster, smaller and more powerful than those of its rivals, the result of robust spending on research and development. At the same time the company has maintained relatively low debt and a rock solid balance sheet.

Advanced Micro Device’s earnings and revenue growth have been on a tear, making AMD a stock market leader.

Holding the key to that question is VR.

One of the hottest technology trends you can find is VR. This technology is transforming our daily lives.

VR refers to computer-simulated reality that’s an immersive experience. It can also encompass what’s called augmented reality, for a real-time view of an actual physical environment whose elements are supplemented by computer-generated sensory input such as sound, video or graphics.

If you think VR is merely the province of the geeks, gamers and Peter Pans in your midst, think again. It’s more than a popular leisure activity — it’s also a social and business phenomenon.

This video tells the story:

Stratistics MRC asserted in its report that industrial and enterprise applications are expected to burgeon during the forecast period, due to the growing acceptance of VR for a wide variety of applications.

The unstoppable momentum of VR is an enormous tailwind for Advanced Micro Devices in 2019 and well beyond.

Advanced Micro Devices is beating Goliath Intel at its own game.

At first, Advanced Micro Devices manufactured its own processors, but later pioneered a practice known as “fabless.”

Remember that term. For chipmakers, fabless is the fabulous way of the future.

Advanced Micro Devices and Intel are competitors but they’re actually based on different business models.

Intel is what’s called an integrated device manufacturer (IDM). The Silicon Valley giant both designs and makes chips. But AMD is what’s known as a “foundry,” making chips for designers without factories (aka “fabs,” hence the term fabless).

Fabs are extremely expensive to set-up and operate; the costs run into the tens of billions of dollars. The visionary management at Advanced Micro Devices helped pioneer the fabless business model.

Another AMD advantage is the company’s Ryzen brand CPUs. First introduced in 2017, Ryzen outperforms counterparts made by Intel.

When it comes to chips, size matters. The smaller, the better.

AMD’s chips are increasingly more powerful and, yes, smaller. The company is in the vanguard of cramming ever-greater computing power onto its chips.

“Moore’s law” posited the theory that computing power doubles every two years at the same cost. AMD has made this theory a reality, by shrinking the width of the channels (aka “nodes”) carved into silicon chips. The slimmer the node, the greater the capacity for computing power.

AMD has said it will release its seven nanometer next-generation server chips in 2019, putting it in the lead against not only Intel but other chipmaking rivals such as Taiwan Semiconductor Manufacturing (NYSE: TSM).

Taiwan Semiconductor is another rival of Advanced Micro Devices, but it’s exposed to volatile industries to which AMD isn’t, such as cryptocurrency mining. In fact, TSM has made a big bet on cryptocurrency. And that’s a highly risky bet.

When it comes to cryptocurrencies, we’re starting to witness the madness of crowds. The value of Bitcoin and its peers have been on a roller coaster, on fears of greater regulatory scrutiny. Expect further declines.

Even worse, TSM lags AMD by several quarters in production using the most advanced chipmaking processes.

What About AMD and Bearish Chip Forecasts?

Let’s look at some of the pessimism that pervades the chip sector.

In a word, it’s unwarranted.

Some analysts this year lowered their ratings on chip stocks. They cited falling flash memory prices and forecast declining earnings growth for chip makers, due to slumping demand.

Morgan Stanley (NYSE: MS) has encouraged the notion that the memory chip market faces a supply glut. But the investment bank ignores the fact that breakthrough technologies such as AI, IoT, machine learning, and business/consumer VR will fire-up demand for chip demand in 2019.

MS has argued that investors should heed historical memory cycles, which point to a breather in chip demand after huge growth.

It’s true, flash memory prices have fallen. But context is called for. Semiconductor stocks have enjoyed a huge run in 2017 and 2018. Chip prices were due for a breather.

That said, the long-term prospects for Advanced Micro Devices remain bright. Indeed, while other chip stocks have stumbled this year, AMD has maintained its momentum.

Advanced Micro Devices is positioned in the booming field of fabless provision, VR devices, and seven-nanometer chips. Those are the right places to be.

When trying to determine the pros and cons of buying a stock, it’s important to review both the bull and bear cases.

Analysts have been badmouthing the chip sector. This negative sentiment has driven down the stocks of weak chip stocks. It has even kept AMD’s gains in check.

Bad news for some investors. But good news for you, because it means that Advanced Micro Device’s stock remains affordable.

Another concern are signs that economic growth will slow in 2019. That may be the case, but Advanced Micro Devices is plugged into breakthrough technologies that will maintain their momentum over the long haul, regardless of the ups and downs of the overall economy or stock market. 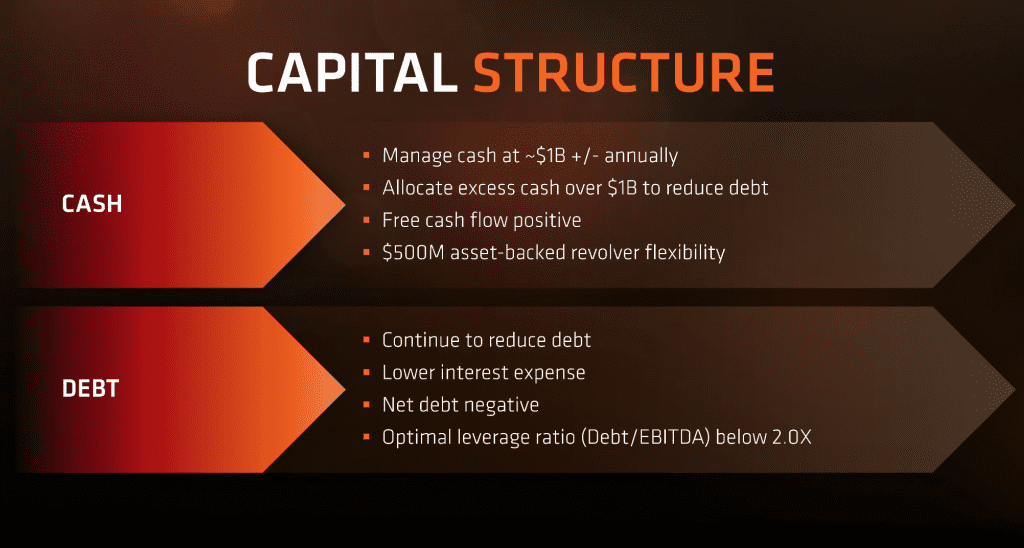 These are the kinds of inherent strengths that can weather broader market turmoil.

Our Overall AMD Forecast and Prediction For 2019

Even if AMD remains a number two player compared to Intel, AMD’s lock on markets such as VR should provide outsized room for growth.

The average analyst consensus for Advanced Micro Device’s year-over-year earnings growth is 182.40% in the current year and 41.70% in 2019.

Despite its recent surge, Advanced Micro Devices is poised to continue its multiyear history of double-digit share price appreciation.