Apple (NSDQ: AAPL) is one of the most talked about and analyzed stocks on Wall Street. The Cupertino, California-based giant is the legendary maker of a host of beloved consumer gadgets, including the iPhone, iPad, MacBook, and Apple Watch.

Founded in 1976, Apple started as a tiny firm — the proverbial garage start-up — and is today the world’s most valuable public company. A technology sector bellwether, Apple is a staple in many retirement portfolios.

However, as the technology sector wobbles and sheds gains from its multi-year bull run, has Apple lost its sheen?

In this edition of Investing Daily you’ll discover:

Let’s get into the analysis!

How Has Apple Stock Performed Recently?

What Is Apple Stock History?

The cyclical nature of Apple’s consumer business also fuels volatility. However, over the long haul the company has proven its financial mettle, with a strong balance sheet and growing revenue and earnings. For patient investors, the stock has been a stellar performer.

Who Are Apple’s Rivals?

Apple’s rivals are technology companies that are well-known but unable to match Apple’s brand name firepower.

Dell, once the world’s largest private technology company, restructured in 2018 and went public again, reemerging five years after its leveraged buyout with a massive debt burden. The company’s product line is diffuse, its technology lackluster, and its corporate strategy unclear. The stock is unlikely to move the needle in 2019.

Lenovo has tried to inject innovation into its sclerotic product line, but demand continues to wane for its products. The company spent too much money trying to diversify away from laptops and it’s now struggling to service its $10.8 billion worth of net liabilities.

The PC market remains fiercely competitive and Lenovo isn’t in a position to bring compelling new products to the table.

South Korea-based Samsung is the world’s largest manufacturer of mobile phones and smartphones, offering the highly popular Samsung Galaxy line of devices, which directly compete with the Apple iPhone.

Samsung is a different story from Dell and Lenovo; it’s a worthy competitor to Apple. The company’s Galaxy smartphones, most of which run on Google’s Android operating system, are continually updated with new and appealing features.

However, Apple not only produces a wider array of products, it also continues to dominate the U.S. smartphone market. According to Verto Analystics, Apple boasted 83.9 million smartphone devices in the U.S. market in 2018, versus 61.5 million for second-place Samsung. That gave Apple 45% of U.S. market share, compared to 33% for Samsung.

To be sure, Samsung has done a better job of penetrating the global market for smartphones. According to technology research firm IDC, the Korean company commands about 21% of global market share, compared to 12% for Apple. But Apple is making inroads.

If the broader stock market crashes, don’t panic along with the investment herd. Distressed assets with improving fundamentals often bounce back. The average correction is 13% over four months and takes only four months to recover.

Another truism: If the press tells you that a company is doomed… well, perhaps the opposite is true.

Consider the story of Apple. In 1985, Apple forced out Steve Jobs. He was a genius. He was a celebrity. He had revolutionized technology. But Apple’s board said: Hit the bricks. 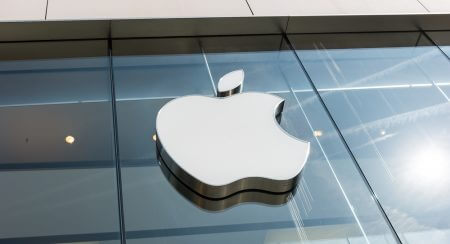 Jobs had lost a battle with the new CEO, John Sculley, former head of PepsiCo (NYSE: PEP). Sculley was hired to bring “professionalism” to free-spirited Apple.

In 1997, Sculley was forced out and Jobs was lured back.

When Jobs returned, cash-starved Apple was a mere 90 days from bankruptcy.

You know the rest of the story. If you had invested in this “distressed” stock in 1985, you would be sitting on huge gains. Apple is now the most valuable company in the world…ever.

As Apple’s persistent rise shows, the FAANG coterie of stocks of which Apple is a member still benefit from expanding markets and strong balance sheets.

The most exciting aspect of Apple is its services division — that is, iTunes, Apple Pay, etc.

Rather than relying on sales of products, Apple’s services division is built upon a base of nearly 600 million users on more than 1 million devices. According to investment bank Credit Suisse (NYSE: CS), the division’s revenue could double by 2020.

The company has two products — the Apple Watch and Apple Pay — which are only beginning to make their mark on the stock. The e-payments market, currently dominated by PayPal (NSDQ: PYPL), reflects tremendous room for growth as more merchants begin accepting Apple Pay both online and in brick-and-mortar shops.

Apple has been the pacesetter for American business since 2001, when the first iPod was released. Since then, it has introduced a slew of groundbreaking products that have become essential to everyday life.

Super investor Warren Buffett has given Apple the ultimate vote of confidence, by taking a huge stake in the firm.

Buffett’s holding company Berkshire Hathaway (NYSE: BRK.B) owns nearly 5% of Apple. Buffett recently stated that he likes Apple stock so much, he’d love to own 100% of it.

Apple Is Much More Than The iPhone

And here’s the big surprise: Apple stock is still cheap.

The S&P 500’s forward P/E is 15.50. Apple’s valuation is at a discount compared to its peers and it’s roughly in line with the broader market.

Wise investors curb their enthusiasm and give both sides, bear and bull, their due. What are the bears saying about Apple?

A major headwind is slowing demand in China, where Apple realizes nearly 25% of all sales.

The escalating U.S.-China trade war is another worry. As with its tech peers, Apple is vulnerable to the tit-for-tat tariff battle between Washington and Beijing. China has threatened to close its markets to Apple. At the same time, the White House has been pressuring Apple to make its products at home rather than overseas, a move that Apple has resisted because it would raise costs.

Apple’s stock was roiled in the latter part of 2018, its years of robust stock gains hampered by recently slowing iPhone and iPad sales, as well as the correction in the technology sector.

Another major part of the bear case against Apple is that with late Steve Jobs gone, Apple won’t be able to sustain its innovative mojo. To be sure, Jobs was a visionary, but as French leader Charles De Gaulle once said: “The graveyards are full of indispensable men.”

Apple remains a company with a pioneer’s ethos. New innovations, involving a variety of “smart” technologies, are in the pipeline.

And as this video profile shows, CEO Tim Cook is proving himself a worthy successor to Steve Jobs:

Overall Apple Forecast And Prediction For 2019

The $1.5 trillion tax cut package signed by President Trump in December 2017 is a powerful tailwind for Apple in 2019 and beyond. Lower taxes on repatriated cash especially benefits Silicon Valley, because deep-pocketed technology giants plan to use the proceeds to launch a wave of acquisitions, which in turn would stimulate innovation and job creation.

The tax overhaul slashed the corporate tax rate to 21% from a high of 35% and implemented a permanent break on overseas profits. Apple announced in 2018 that it would bring back most of its cash hoard that’s parked overseas.

Over the years, Apple has been a millionaire-making stock. But those fortunes have been made with a lot of patience and fortitude. As recent volatility in the tech sector has demonstrated, Apple isn’t a fast-buck stock for day traders. It’s a long-term holding.

Just ask Buffett, a big believer in Apple. The Oracle of Omaha has a net worth of $81.5 billion, so he must know a thing or two.

Like Buffett, we expect Apple stock to be a multi-bagger in 2019.