Our Abbott Stock Prediction In 2019 (Buy or Sell?)

The stock market has been on a roller-coaster lately, as “headline risk” grows more intense on a daily basis.

I wouldn’t blame you for being nervous. But I would blame you for running for the hills. There’s still money to be made in this market, if you know where to look.

To be sure, investors face challenging times, especially for those who seek steady and growing income. Rising bond yields are surpassing the payout levels of many dividend payers. To stay ahead of the game, you need to focus on firms that have a long history of rising dividends, in any economic or market environment.

For these reasons and more, “Dividend Aristocrat” Abbott Laboratories (NYSE: ABT) is getting a lot of attention these days from investors who seek both growth and income.

To earn the honored title of Dividend Aristocrat, a company must typically have raised dividends for at least 25 years. More precisely, the company needs to have a managed dividend policy that increased its dividend every year for those 25 years.

Abbott Labs is a pharmaceutical and medical products manufacturer that consistently makes S&P’s list of Dividend Aristocrats. Abbott serves customers in more than 150 countries and employs nearly 100,000 people. The annual yield on the dividend currently hovers at 1.60%.

Problem is, the biotech sector is particularly competitive — and volatile. Regulatory and technological trends are upending the status quo and threatening the future prospects of even the bluest of biotech blue chips.

Biotech stocks are susceptible to certain “momentum triggers” that can spark outsized growth — or dizzying declines.

The biotechnology sector still offers double-digit gains. Biotech stocks can soar on the strength of certain catalysts, such as a merger, regulatory decision, product approval, or earnings surprise.

Of course, it’s a double-edge sword: Biotech stocks can plummet if the news is bad.

Is Abbott Labs an appealing biotech play? Or is Abbott a future pauper in aristocratic clothing? Let’s find out. 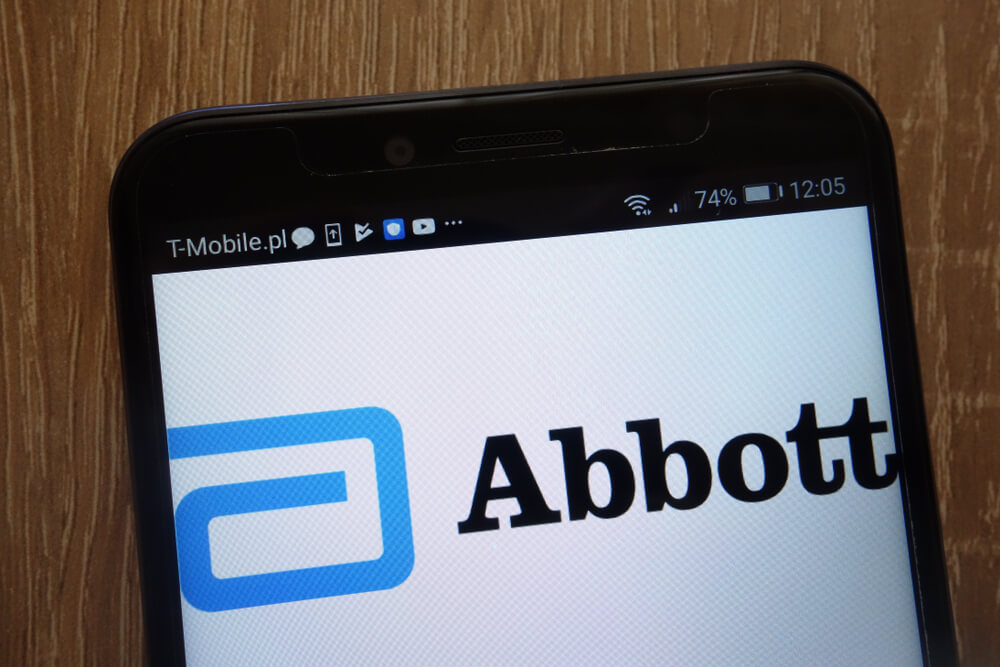 With a market cap of $124.5 billion, Abbott Laboratories is one of the world’s largest producers of prescription drugs, diagnostic tests and vision care products.

This video provides a quick summary of Abbott Labs:

How Has Abbott Stock Performed?

Abbott stock has consistently outperformed the broader market. The following chart shows the historical daily share price movement of ABT over the past five years, adjusted for splits and dividends (as of market close December 10, 2018): 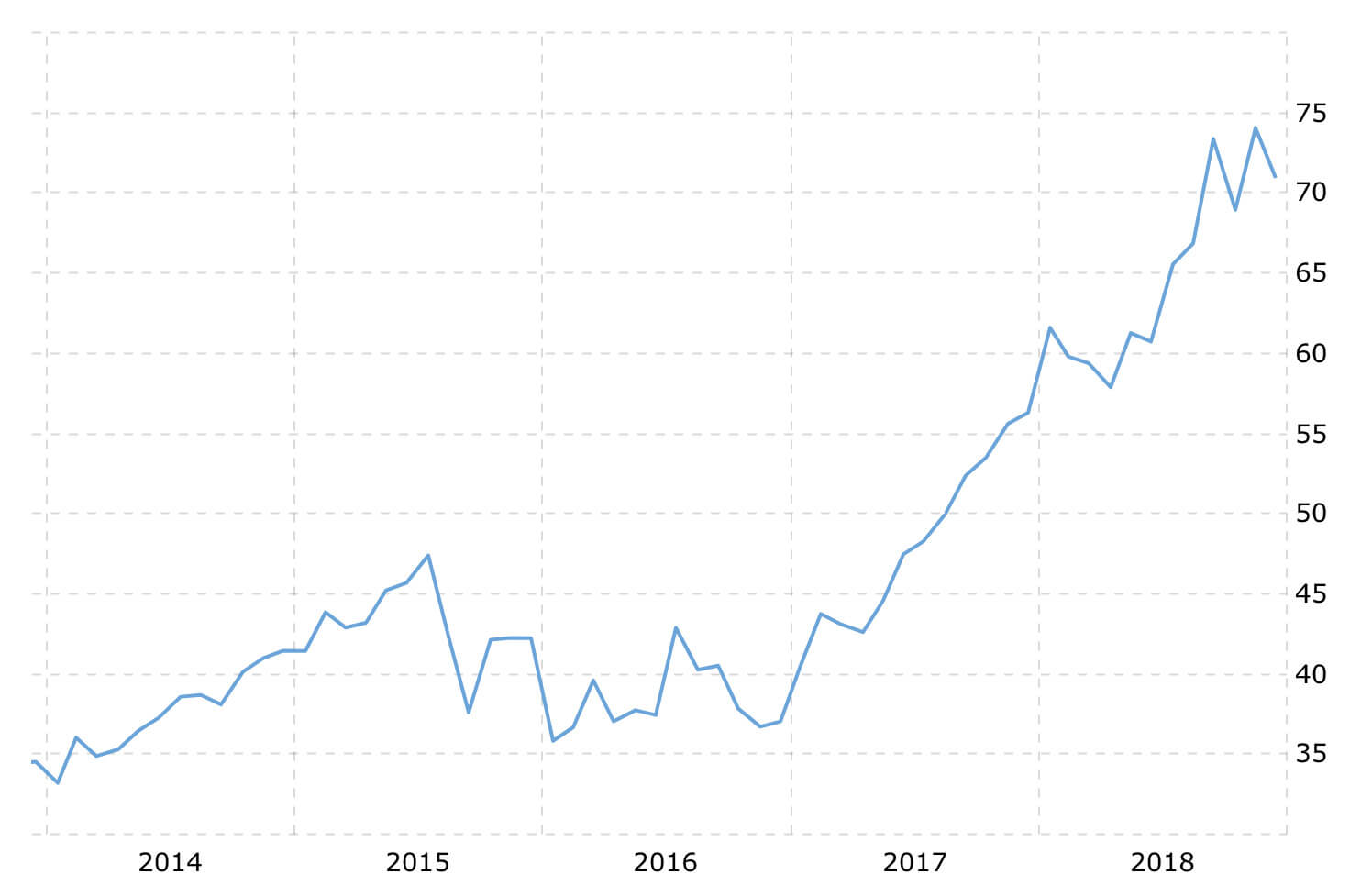 Who Are Abbott’s Rivals? 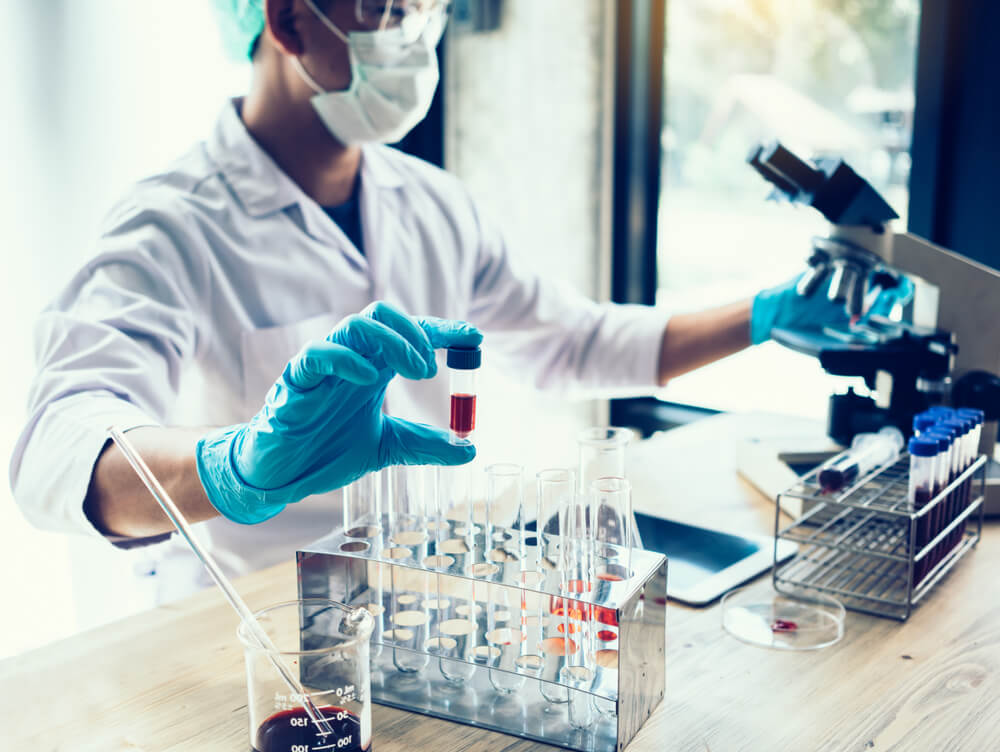 With a market cap of $256.7 billion, Pfizer is a leading player in all four of the largest over-the-counter categories — pain management, dietary supplements, respiratory and digestive health.

Based in New York City, Pfizer develops and produces medicines and vaccines in the fields of immunology, oncology, cardiology, endocrinology, and neurology. Its products include the blockbuster drug Lipitor, to lower blood cholesterol; Lyrica for neuropathic pain; Diflucan, an oral antifungal medication; Zithromax an antibiotic; Celebrex, an anti-inflammatory drug; and Viagra for erectile dysfunction.

However, Pfizer appears to have finally turned the corner and put the worst of its patent exclusivity issues in the rear view mirror. Pfizer has proven its ability to grow by devising new products and by making well-timed acquisitions of potential rivals.

Based in Kenilworth, New Jersey, Merck is a leader in producing effective anti-cancer medicines and therapies. A standout drug for Merck is Keytruda, for the treatment of patients with recurrent or metastatic cancer.

Merck (market cap: $201.3 billion) has been a solid performer in the health care field for decades. The company operates in four segments: Pharmaceutical, Animal Health, Healthcare Services, and Alliances.

Merck is well-known for producing such widely advertised medicines as Vytorin (cholesterol) and Fosamax (osteoporosis), but it is also involved in developing medicines that physicians use to fight life-threatening conditions.

Israel-based Teva is the world’s biggest manufacturer and marketer of generic drugs. The company also develops patented biologic treatments, which are derived from humans, animals or microorganisms. Biologics can be composed of proteins, sugars, or living cells and tissues.

Biologic drugs are crucial in cancer research and treatment, but many have either already lost or stand on the verge of losing patent protection. This is paving the way for “biosimilars,” which are generic, less expensive copies of biologics.

With a market cap of $18.7 billion, Teva stands in the forefront of biosimilar research and development. The company is readying several new gene-based biosimilar drugs for market and is on the cusp of dominating this space.

Teva also owns a global patent portfolio of more than 1,000 molecules. The company’s biggest selling products include Copaxone for the treatment of multiple sclerosis; Provigil and Nuvigil for narcolepsy and other sleep disorders; and Azilect for Parkinson’s disease.

As one the globe’s largest producers of prescription drugs, diagnostic tests and vision care products, Abbott Labs should continue to benefit from an older and sicker population in developed as well as developing countries.

One of Abbott’s most promising products is Freestyle Libre, the first continuous glucose monitor (CGM) to remove the need for diabetes patients to stick their fingers to confirm readings or to calibrate the system. The U.S. Food and Drug Administration (FDA) first approved FreeStyle Libre in September 2017.

Abbott has boosted dividends for 46 years in a row and its stock has plenty of room for growth in 2019 and beyond. That’s an attractive investment package in today’s increasingly uncertain environment.

Abbott Labs combines the best of both worlds: it’s a growth stock but also a Dividend Aristocrat. These dividend powerhouses constitute the S&P 500 High Yield Dividend Aristocrat Index, an official index of the 50-plus highest dividend yielding stocks in the S&P Composite 1500. This Aristocrat Index is maintained by Standard & Poor’s, which every December updates the list of companies that make the grade.

By its very nature, a Dividend Aristocrat tends to be a large and stable blue-chip company with a strong balance sheet. Many of these companies are familiar names that produce household brands. Because of their strong balance sheets and financial wherewithal, they tend to weather market ups and downs.

Abbott consistently makes S&P’s list of Dividend Aristocrats and 2018 was no exception. Abbott boasts a 10-year dividend growth rate of 10.53%.

Quality dividend payers demonstrate greater resilience during an environment of rising rates and market volatility, as we’re experiencing now. Abbott boasts a healthy payout ratio, plenty of cash on hand, and a history of revenue and earnings growth.

The bear case against Abbott derives from the same headwinds faced by the company’s entire sector. Biotechnology is inherently volatile; a poor showing in a clinical trial or a thumbs down from the FDA can send a stock reeling.

Meanwhile, as patents expire, the pressure for drug companies to find untapped opportunities is fierce. Merger and acquisition activity is picking up in the biotech realm, which continually upends the status quo. Today’s winners can quickly become tomorrow’s losers.

Greater regulatory oversight is another risk. With the U.S. House of Representatives under Democratic control, you can expect more hearings into supposed “price gouging” of drug companies, with the continual threat of price controls and regulatory sanctions.

Overall Abbott Forecast And Prediction For 2019

In turbulent times like these, stick with companies that make the essentials — that means companies like Abbott.

How should investors respond? One proven method is to focus on companies that provide products and services that people need as opposed to non-essentials they merely want. If tough times unfold (as widely expected) in 2019, consumers may lose their appetite for tech gadgets, which in turn would dampen Silicon Valley growth stars. But people will always require health services.

Investment risks are mounting; don’t buy stocks that you’d probably sell in a panic. Methodically build a portfolio that you’d want to hold through good times and bad. Keep your sense of perspective… and keep Abbott in your portfolio.