Our Kroger Stock Prediction In 2019 (Buy or Sell?)

Strolling down the aisles of your local grocery store probably gives you a reassuring family-friendly feeling, as you seek out your favorite food brands. But the grocery store isn’t a comfort zone — it’s a war zone.

Big corporations are waging a ferocious daily battle for your grocery dollar. The advent of e-commerce has only sharpened the conflict.

At the end of the day, grocery stores are fighting for the customers that are out there with any weapons they can find. The only way to grow? By stealing customers from the competition. That’s because of commodification. The actual product for sale doesn’t vary much from company to company, which compels the industry to compete on shopping ambience and price.

One grocery chain warrior much in the news these days is Kroger (NYSE: KR). Is the company’s stock worth putting into your investment cart? Let’s do some comparison shopping. 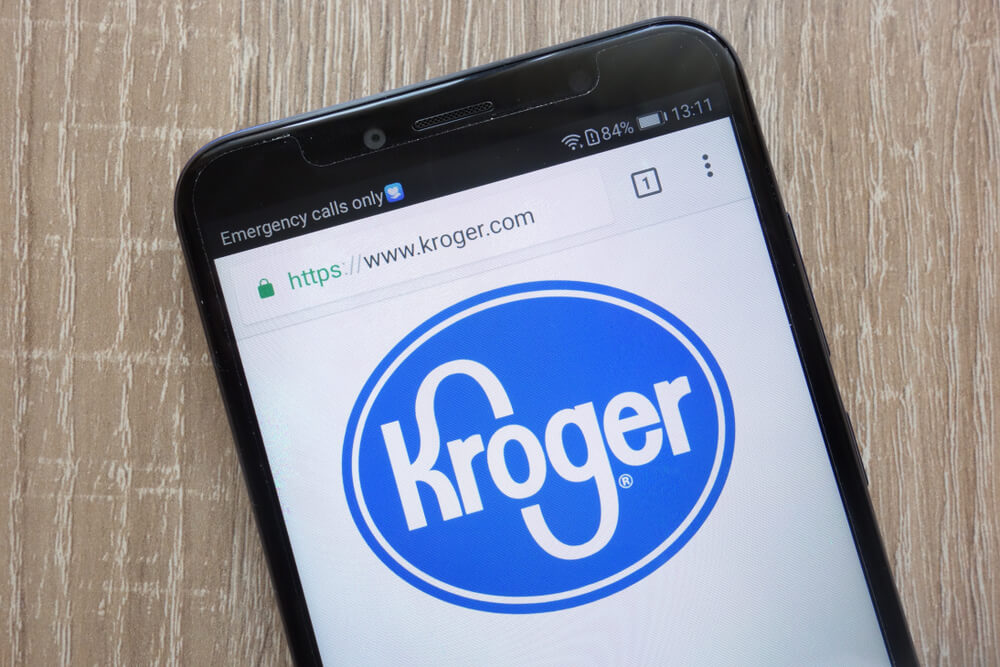 With a market cap of $23.5 billion, Kroger is the largest supermarket chain in the U.S. by revenue, the second-largest general retailer, behind Walmart (NYSE: WMT), and the third-largest retailer in the world.

Kroger-branded grocery stores are located in the Midwest and the South. Based in Cincinnati, Ohio, Kroger boasts a wide portfolio of in-house food labels.

How Has Kroger Performed?

Over the past 12 months, Kroger’s stock has been volatile but it has outperformed the broader market, as this charts shows (share price as of market close December 14):

Who Are Kroger’s Rivals? 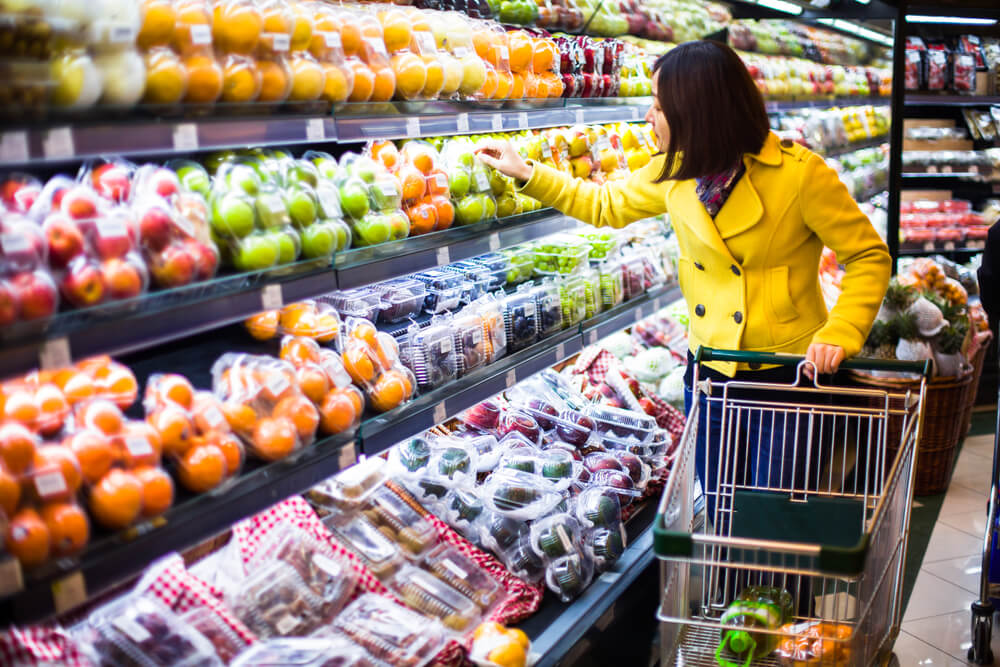 A wide variety of industries have been thrown into turmoil because of the ambitions of e-commerce giant Amazon (market cap: $778.3 billion). The grocery business is no exception.

In a highly publicized deal in 2017 that captured the imagination of the financial press, Amazon purchased Whole Foods Market for $13.7 billion.

Admittedly, Whole Foods is infamous for inflated prices. The health food chain’s nickname among consumers is “Whole Paycheck.” Amazon management has pledged to reduce prices, but consumers complain that they have remained stubbornly high.

However, the Whole Foods deal itself was a bargain for Bezos. The buyout represented less than 3% of Amazon’s then-market cap of $475 billion. Whole Foods commands a high-income, highly coveted clientele.

The purchase of Whole Foods was the biggest acquisition Amazon has ever made — so far. The announcement sent waves of fear throughout retail in general and grocery chains in particular.

For Amazon, gobbling up Whole Foods’ stores gave the digital retailer hundreds of physical locations and a substantial presence in the vast market for everyday consumer staples that are repeat purchases.

With a market cap of $35 billion, Target has revamped its stores and beefed up its e-commerce presence, to better compete against Amazon. The new stores feature a separate entrance just for customers who are coming in to grab groceries.

Shoppers who have come to browse enter another entrance that leads them past new branded “boutiques” intended to mimic specialty stores.

Target has introduced a slew of other improvements and new food products, which have driven sales and profits higher.

With a market cap of $91.2 billion, Costco gets more of its income from selling memberships than from sales at the checkout counter. As such, it is less vulnerable to the ups and downs of the retail economy than some of its key competitors, such as Kroger and Target.

Due to changing consumer tastes, Costco adopted for sale a large variety of organics, transforming itself into a “health food superstore” to challenge Amazon’s Whole Foods.

Kroger’s corporate brands are a crucial differentiation against rivals. These brands, which include Simple Truth, HemisFares and Private Selection, are fast-growing in popularity and they’re positioned to provide future growth on the company’s top and bottom lines.

Kroger is the largest U.S. grocery store operating in an industry where economies of scale are crucial. Kroger can battle its huge rivals on price and still generate robust profit margins. Kroger boasts an extremely loyal customer base, partly due to its rewards programs for gas. That network has gotten stronger in recent months as Kroger opens stand-alone gas stations.

Kroger also has made forays into the healthy foods niche. The eating habits of Americans have trended toward natural food free of chemicals, sugar, pesticides, artificial ingredients, and preservatives. It’s a radical departure from the post-World War habit of relying on processed foods.

Competition in the grocery store industry is intensifying, with cash-rich “disruptor” Amazon posing a continual threat to all players.

It’s not just Amazon. Target’s aggressive move into food retailing has stolen many customers from traditional grocery stores such as Kroger.

Additional competition is arriving from overseas, as European discount chains launch new stores in the U.S. with considerably lower prices than U.S.-based incumbents.

Overall Kroger Forecast And Prediction For 2019

The competition may be tough, but Kroger isn’t standing still.

The average analyst expectation is that Kroger will generate year-over-year earnings growth of 4.9% in 2018 and 5.6% in 2019. Over the next five years, earnings growth is expected to come in at 5.5%, on an annualized basis.

Consider buying Kroger stock now, before the rest of the investment herd gets wise to this appealing value play and bids up its share price.