Our Sirius XM Holdings Stock Prediction In 2019 (Buy or Sell?)

Radio has come a long way since Guglielmo Marconi invented radiotelegraphy in the late 1800s. The radio represents one of the key “disruptive” technologies in human history, but today traditional broadcast radio is giving way to another disruptive force: satellite radio.

Over the past five years, the terrestrial radio broadcasting industry has struggled to stay relevant and maintain its audience amid competition from satellite radio and other digital media platforms.

The granddaddy of satellite radio is Sirius XM Holdings (NSDQ: SIRI). The company is the result of a 2008 merger between the two halves of its namesake, Sirius and XM. The merged entity is now the only satellite broadcaster of its kind and it has made aggressive moves lately to extend its reach.

New York City-based Sirius doesn’t get the same fawning attention in the financial media as the familiar stars of Silicon Valley, but there’s more to technology investing than FAANG.

As the technology sector swoons along with the broader stock market, it makes sense to consider innovative but often ignored companies that integrate the strands of different tech-related industries. Does satellite broadcaster Sirius fit the bill?

Let’s see if Sirius’ recent expansionary moves will send the stock higher into orbit… or crashing down to earth. 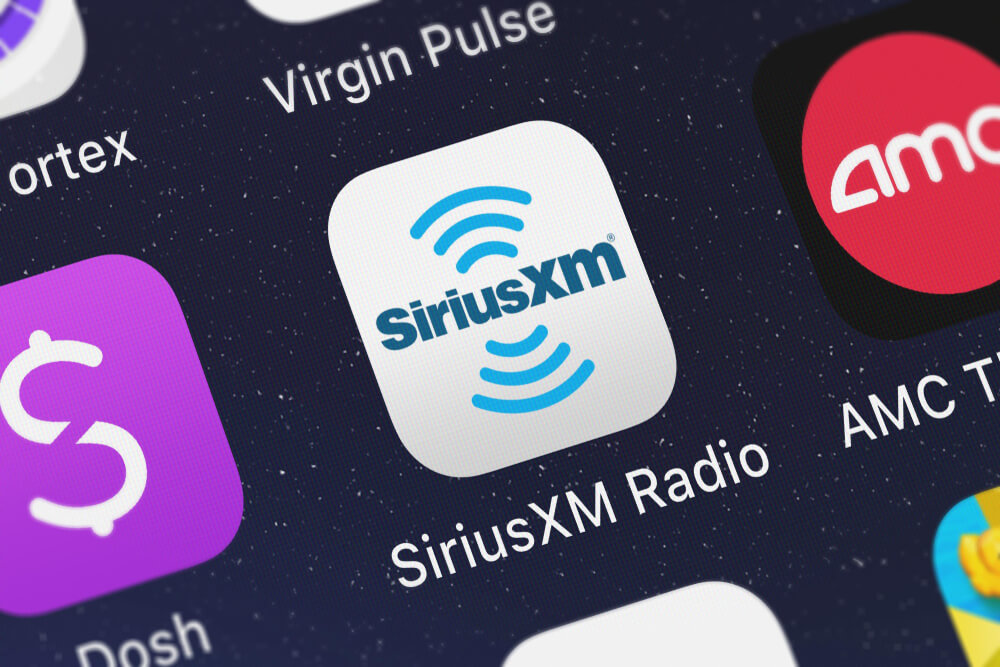 With headquarters in midtown Manhattan, Sirius also streams music and non-music content over the Internet through Sirius.com and offers applications that allow users to access its Internet radio service on smartphones, tablets, computers, and home devices.

The company was founded in 1990 and is a subsidiary of Liberty Media (NSDQ: BATRA), the mass media conglomerate controlled by chairman John Malone, the legendary cable TV entrepreneur and billionaire. Liberty controls 71% of Sirius XM stock.

How Has Sirius Performed?

The stock of Sirius XM Holdings has consistently outperformed the broader market.

Who Are Sirius’ Rivals?

The following broadcasters offer listeners high-quality digital streams online for free or for an inexpensive price and should be considered major competitors to Sirius XM:

Pandora Media (market cap: $2.1 billion) provides streaming music on a global basis. Based in Oakland, California, Pandora offers an ad-supported service that allows listeners to tap into a catalogue of music, comedy, live streams, and podcasts through a system that creates personalized playlists.

Services include Premium Access, for on-demand listening; Pandora Plus, a subscription radio service; and Pandora Premium, an on-demand subscription service that offers the ability to search, play, and collect songs and albums, create personalized playlists, and share playlists on social media.

Sirius XM is available to consumers via paid subscription whereas terrestrial radio is free. However, the conventional radio industry has suffered because of its generally bland programming and heavy reliance on commercial interruptions. Satellite radio has prompted many companies to steer their advertising budgets away from terrestrial radio platforms, eroding the radio industry’s share of ad spending.

Sirius shrewdly foresaw the “nichifying” of media and unveiled a myriad of channels dedicated to several tastes and preferences. Satellite radio broadcasts also cover wider areas compared to terrestrial radio, allowing consumers to take their service with them wherever they go.

Sirius created the satellite radio industry from nothing; it was the pioneer and has no direct peers. What’s more, the company has made bold moves lately that bode well for future growth.

In September 2018, Sirius announced plans to acquire rival Pandora for $3.5 billion. Sirius XM hopes to close the deal in the first quarter of 2019. Sirius XM has 36 million subscribers across North America and more than 23 million trial listeners. The Sirius/Pandora combination would count more than 100 million users. As Sirius management put it, the company seeks to build the “world’s largest audio entertainment company.”

This video provides more details on the Sirius/Pandora deal:

Sirius also forged a partnership in October 2018 with Amazon (NSDQ: AMZN) whereby the e-commerce giant’s smart speakers will come with a free three-month trial subscription to Sirius XM. The satellite radio service will go out to existing and new customers of Echo.

The Sirius/Amazon deal also gives a free Echo speaker to new Sirius XM subscribers who activate a six-month subscription. The initiative is Sirius’ way to make greater inroads into the home market, where it doesn’t enjoy the same penetration as with vehicles.

The trends that could torpedo Sirius are macroeconomic and not specific to the company’s fundamentals. As the stock market wildly gyrates and analysts predict an economic downturn in 2019, broadcasting and media companies such as Sirius are among the most vulnerable.

As much as consumers like their entertainment, Sirius doesn’t provide a “must-have” service. Discretionary purchases such as a satellite radio subscriptions are among the first items that consumers jettison during a recession.

As the overall stock market trends downward and investors grow jittery, growth stocks such as Sirius XM could take the biggest hit. Sirius is a riskier momentum stock that might encounter selling pressure as traders migrate toward safer assets.

Overall Sirius Forecast And Prediction For 2019

Despite the headwinds facing Wall Street as a whole in 2019, I’m siding with the bulls on Sirius XM stock.

Sirius has been generating consistent sequential quarterly growth in subscribers for several years and average revenue per user continues to climb higher. Quarterly operating reports have been breaking records, on the top and bottom lines.

Notably, for the third quarter of 2018, Sirius posted revenue of $1.5 billion, hitting a quarterly record for the company. Sirius in the third quarter also garnered about 300,000 new subscribers, bringing its total subscriber count to around 33.7 million.

With a 12-month forward price-to-earnings ratio (FPE) of 20.4, SIRI’s valuation is higher than the S&P 500’s FPE of about 16 but reasonable considering its growth prospects.

Analysts expect SIRI’s earnings per share (EPS) in 2018 to come in at 24 cents, triple the EPS figure in 2014. The average analyst expectation is that earnings growth will reach 23.6% over the next five years, on an annualized basis.

Sirius’ business model generates high free cash flow, which the company uses to purchase its own shares or to invest in related companies such as Pandora. As the synergies of the Pandora deal kick in, expect Sirius XM to orbit higher in 2019.