Getting Defensive with Defense Stocks

Although the market has recovered since its late December lows, investors still face numerous headwinds. We’re currently experiencing the longest U.S. government shutdown in history with no signs of it ending. With so many federal workers sidelined, the shutdown is affecting the overall economy in a negative way.

Such turmoil in our nation’s capital can’t create confidence in the U.S. or its companies in overseas markets. Moving away from the political theater, we’re still facing a Federal Reserve tightening the balance sheet and dampening growth now that the uplift from the recent tax cuts has been factored into the market.

With so many uncertainties roiling the market, we can’t blame investors for wanting to get defensive. But the question remains: what’s the best way to do so?

Consider the best defense stocks, as discussed below.

We’ve seen some investors and analysts making positive calls on CDs (certificates of deposit) now that their rates are respectable. Many of these short-term investment vehicles offer yields that are well above those offered by the major market averages, yet they’re lacking in the liquidity department.

Other investors looking for more liquidity have been attracted to the short-term bond market. Yields here are higher now than they were a year or two ago, though they’ve fallen in recent months.

The Fed seems to have made a dovish turn late last year, though we still expect to see rate increases in 2019 and beyond which may not bode very well for money invested in government bonds. Sure, these assets will offer much less volatility than equities, but we still don’t consider their total return outlook as very attractive.

This leaves equities to consider. Equities have been notoriously volatile over the last year or so. In the fourth quarter, we saw inflows slow down drastically and we’re not surprised, after experienced one of the worst quarters in decades. Investors are rightfully spooked by the markets. But that doesn’t mean that there aren’t places to (relatively safely) stash cash. 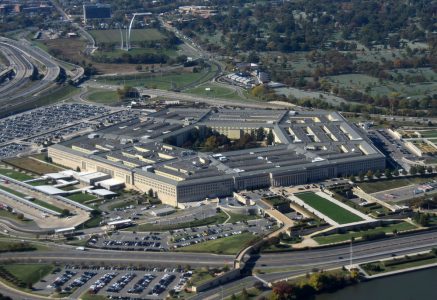 When thinking about the most reliable equity names out there, we were led to the defense sector. It’s a shame, but our species will always be at conflict. Regardless of economic outlooks, technological advances, or government treaties, robust defense spending will remain a constant throughout. Indeed, the Pentagon currently enjoys huge budget increases, despite growing federal deficits.

When looking for defensive investments, we like to back-test company results during the 2008-2009 recession to see how well they performed. Granted, the past does not predict the future, but if a company and its management team were able to successfully navigate those tumultuous waters, they’re worthy of respect moving forward.

During a time when many of the well-known U.S. companies saw their earnings per share drop by 30%, 40%, 50%, or more, when looking at some of the largest public companies in the defense sector we see that they performed relatively well during the Great Recession as illustrated by these three industry giants:

All three of these names continue to be leaders in their respective fields. Their sales and earnings are fairly predictable due to massive government spending in defense, something that should only increase with President Trump asking NATO allies to up their defense budgets. Furthermore, after recent weakness, they all trade at multiples below their long-term historical averages and offer investors reliable dividend yields as well.

One issue that is worth mentioning is the moral aspect of investing in defense names. Some investors don’t invest in these companies for ethical reasons and we can understand why. The same qualms apply to other “sin” stocks, such as companies focused on tobacco, alcohol, gambling, marijuana, or even big oil. Investing in military companies is a decision that must be made on an individual basis.

However, what we do know is that humans have been at war with each one another since the beginning of recorded history. If you aren’t morally opposed to profiting from this unavoidable fact of life, then these large-cap U.S. defense names could offer attractive investment opportunities here. They’re also trading at bargain levels, down double digits from their 2018 highs.

One source of investment profits that should give you no qualms whatsoever is my colleague Jim Fink, chief investment strategist of Options for Income. Jim has developed a “profit calendar” trading system that allows you to collect payments every Thursday, similar to a paycheck.

We explain exactly how Jim’s simple moneymaking technique works, and what you need to do to earn your first “paycheck” using it. Click here to find out more.