Our American Green Stock Prediction in 2020 (Buy or Sell?)

Penny stocks are popping up in the marijuana industry like mushrooms in the rain. Some of these penny stocks are future growth companies and they’re worth a look by aggressive investors. But most of them, sad to say, are inherently weak investments poised to crash.

One cannabis penny stock getting attention these days is American Green (OTC: ERBB), an entrepreneurial micro-cap based in Tempe, Arizona.

American Green announced on June 27 that its Sweet Virginia Grow cannabis brand (under American Green’s agreement with licensor Natural Herbal Remedies) surpassed $870,000 in sales after just seven months on the market and is now being produced at near-capability within American Green’s 12,000-square foot facility in Phoenix.

The company is rapidly expanding its Phoenix facilities, to capitalize on the latest Arizona Supreme Court ruling on marijuana. The supreme court ruled in May that medical marijuana extracts are legal in the state.

Is American Green’s stock worth a shot, for risk-tolerant traders? Or is ERBB yet another marijuana time bomb ready to blow up the portfolios of gullible investors?

Let’s examine the pros and cons of American Green and give it a fair shake, as we try to determine what the future has in store for the company.

What Is American Green?

American Green even has a vending machine called ZaZZZ, which allows consumers to get (age-verified) dispensing of medicines that are cannabis-based.

American Green’s cultivation support comes in the form of its product called “Jurassic Water” for cannabis plants. The company offers an LED lighting product called “truth lighting,” some teas, and a fertilizer product.

How Has American Green Stock Performed?

What is American Green’s Stock History?

Who Are American Green’s Rivals? 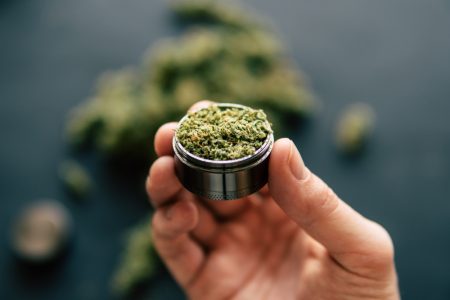 To fully gauge our ERBB stock prediction, we must look at American Green’s competitors.

Scotts Miracle-Grow is a $5.4 billion market cap firm famous for its lawn care products. Scotts jumped into the cannabis world with its Hawthorne Gardening Company.

Aerogrow offers seed pods, and what it calls a “rainforest” nutrient delivery system for more efficient cultivation. The products are called Miracle-Gro AeroGarden, which means Scotts is taking its ownership stake seriously.

CannaGrow Holdings is another marijuana penny stock. The company offers site management and marijuana facility development, in one location in Colorado.

Future Farm uses controlled environment agriculture systems that are designed to use as little land, water, and energy as possible.

Penny stocks. Those words can strike fear, or greed, in the hearts of investors.

There are two sides to the penny stock coin. One side entails market-crushing gains, instant wealth, and 20-something millionaires flaunting their yachts and Maseratis. The other side? Fraud, pump-and-dump schemes, broken promises, bankrupt companies, and massive losses.

So what kind of penny stock is American Green? First, you need to go into the penny stock realm with your eyes wide open. This video explains the risks.

We’d like to make a bull case for penny stock American Green, but it’s difficult. Despite the company’s ostensible success in sales growth in recent months, the company isn’t making money, as this table shows:

Will American Green Go Down in 2019 (Should You Sell?)

Like most sub-penny stocks, the company’s financial statements and disclosures are littered with transactions that have occurred over the past 10 years, which include various debentures, and countless issuances of common and preferred stock.

We’re not kidding when we state that the company’s recent set of financials has 22 pages worth of these transactions. That is reason enough to avoid getting involved.

American Green does not do anything special nor does it solve an industry problem. The company provides an agricultural commodity, which eventually will become subject to downward price pressure as the marijuana industry consolidates.

Shares currently trade at $0.0002. It’s overpriced even at this price.

There’s only one reason ERBB stock is even being discussed by the financial media, and that’s because marijuana stocks have struck a resonant chord on Wall Street.

Ever since the legalization train left the station, the investment herd has been yabbering about the huge potential in marijuana stocks. The marijuana industry has become a frenzied “green rush,” like the gold rush of the 19th century.

Let’s be clear: some cannabis stocks are indeed stellar investments. But many others are not. You need to conduct due diligence and remain selective.

Read This Story: Our PotNetwork Holdings Stock Prediction in 2019 (Buy or Sell?)

No need to mince words: penny stocks such as American Green are junk.

So what is our ERBB stock prediction for 2019 and beyond?