As the world increasingly abandons “dead tree media,” Adobe (NSDQ: ADBE) continues to innovate and build out its platforms, to the point where it is now the primary provider of diversified tools for digital publishing.

For many people, the only interaction they have with Adobe is through its ubiquitous PDF product. However, when you closely examine the company and its broad range of offerings, you’ll see that Adobe has figured out a way to take anything that might have to do with publishing and create a technological solution for it.

Adobe stock has enjoyed an impressive run. Is it too late to get on board and profit from this technological pioneer? Or does Adobe still enjoy enormous room for growth?

Our ADBE stock prediction will examine the pros and cons of the company and determine what 2019 has in store for its shareholders. 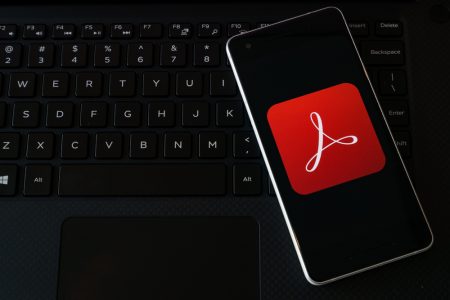 Adobe’s Digital Media division provides tools and solutions that enable everyone, from individuals to businesses and enterprises, to create, publish, promote, and monetize digital content.

So, yeah, print publishers hate Adobe with a vengeance.

Creative Cloud is Adobe’s best-known product outside of the PDF file format. It’s a subscription service for content creators of all stripes, as well as web application developers. It’s also an important tool for marketing departments and publishers.

Adobe’s Print and Publishing division provides all of the tools for technical document publishing, web application development, and high-end printing.

Adobe’s growth has been phenomenal.

Despite rising expenses, net income has been growing like gangbusters.

How Has Adobe Stock Performed?

Who Are Adobe’s Rivals? 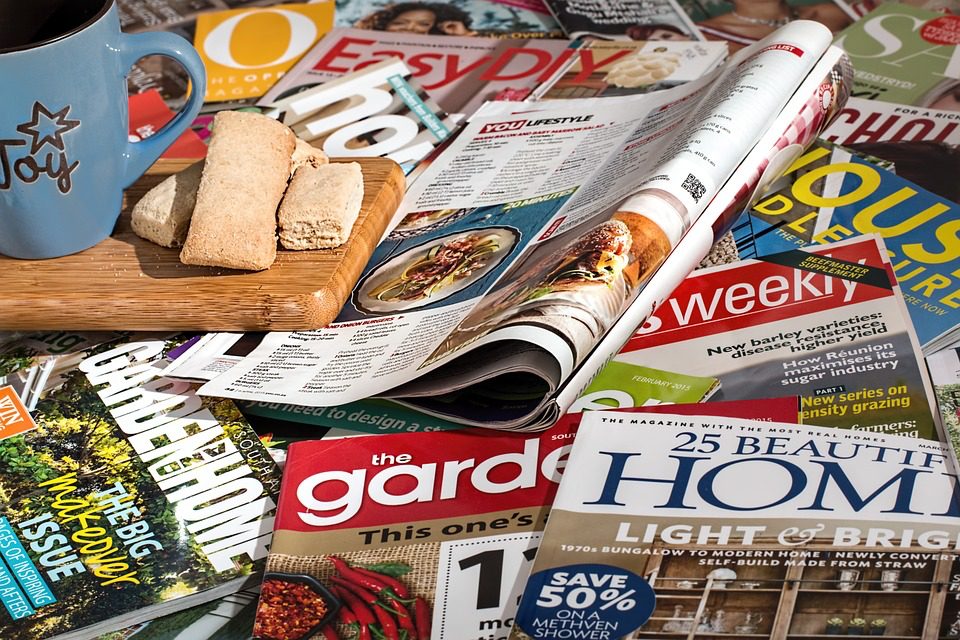 To fully assess Adobe’s growth prospects in 2019 and beyond, we must look at its competitors. That said, Adobe is dominant in the digital publishing space and finding direct competitors that pose a serious threat is challenging.

We’re mentioning Salesforce (a $116 billion market cap firm) because, even though it doesn’t really deal in the publishing sector, Salesforce has a big footprint in Adobe’s marketing space.

From an investment standpoint, Salesforce’s chief advantage mirrors Adobe’s — namely, rapidly increasing revenues. Salesforce has been killing it over the past few years, generating double-digit sales growth from year to year.

The primary difference, however, between these two companies is that Salesforce has never really been able to translate its phenomenal revenue growth into substantial net income. Adobe certainly has done so.

Read This Story: Our Salesforce Stock Prediction in 2019 (Buy or Sell?)

Affinity’s software is best described as an alternative to Adobe’s Illustrator. The program offers professional color models, full 16-bit per channel editing, real-time pixel preview, image slices, masks, adjustment layers, and tablet support. It can be used on either a Mac or PC.

Founded in 1985, Corel was one of the early makers of software for creative content and publishing.

The company’s CorelDRAW was actually the largest software company in Canada at one point. The company went through several transitions, finally emerging as a small but admired firm for its products.

There’s no question that Adobe’s business is on fire. The company has few competitors because its technology has always stayed one step ahead of everyone else’s.

The company’s financials and growth metrics are pretty darn amazing. But is the stock undervalued? Let’s check.

Adobe sports a $119 billion market cap. Trailing 12-month (TTM) net income was $2.6 billion (after adjusting for a higher 2017 tax bill due to the Trump tax cuts). Thus, ADBE stock is trading at about 46x trailing earnings.

Analysts project five-year annualized earnings of 22.7%. We give a 10% premium to that number for each of the following: world-class brand name (yes), significant cash hoard (no), and/or robust free cash flow (yes). That adds 4.5% to analyst estimates, bringing us to 27.2%. ADBE trades at 46x, so it has a price-to-earnings growth (PEG) ratio of 1.7. Anything under 1.0 is a value.

The verdict: ADBE is pricey. But projected growth is nonetheless exceptional and we think the company might even exceed projections, due to its dominant technology and superb corporate culture.

In 2018, LinkedIn voted Adobe one of the best U.S. companies to work for. A happy workforce helps contribute to corporate growth. Good morale isn’t just a “feel good” intangible. It can boost the bottom line, because employees are more productive and innovative.

Based on the above evaluation metrics, it appears that Adobe is a growth stock that’s trading at a modest premium.

Is there an argument as to why the stock might be too risky?

There is, but it has more to do with the general state of the market as opposed to the company itself.

As mentioned, Adobe resembles a de facto monopoly. Without any real competitors, the company can continue to crush its rivals. The firm has gone from “disruptor” to all-dominating colossus. History shows that’s how investors get rich.

However, the stock market has been shaky over the past several weeks. There’s been a lot of volatility, with a significant correction of about 20%, and yet the market remains significantly overvalued.

We haven’t seen a bear market in some time, and when the market starts getting these kinds of jitters, it’s stocks like Adobe that can be taken down rather quickly.

Some analysts insist that a stock trading at 46 times earnings almost certainly is overvalued, even if its earnings growth rate is 27%. There is some wisdom to that. If you believe, as Warren Buffett does, that you should always buy companies with a margin of safety, you could argue that the stock is overpriced.

Overall Adobe Forecast and Prediction for 2019

Because the company continues to execute, Adobe is positioned for a multi-year growth trajectory. However, the company has been dominating its market and could get complacent. If Adobe fails to innovate and provide superior customer service, it will leave the door open for more aggressive competitors.

That aside, 2019 will probably be a very good year for the stock. As long as the company’s phenomenal growth continues, investors will pile in. However, the stock market is wildly overvalued and headline risk is growing worse. We’re overdue for a bear market. Pricey growth stocks such as ADBE would get clobbered the worst in a severe downturn.

If you’re thinking of buying in, you may want to only open a small position now with the possibility of averaging down later.