Our Salesforce Stock Prediction in 2019 (Buy or Sell?)

Salesforce (NYSE: CRM) has suffered a slew of detractors over the years. Analysts have repeatedly argued that the company is overvalued or would never survive. And yet, here it is, still going strong.

Salesforce is a prime example of a company that stuck to its knitting, pursued its vision, and executed its mission.

And yet, even as its revenue continues to grow, is the company generating enough of a profit to justify its sky-high valuation?

Let’s see if Salesforce is cheap or overvalued, and what 2019 has in store for the stock. 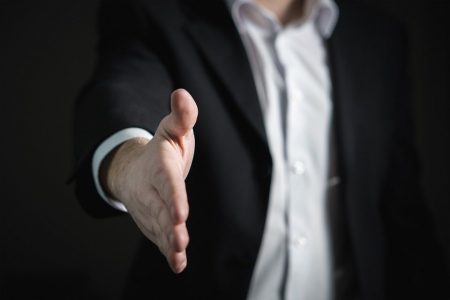 To make a Salesforce stock prediction, we must first understand what this company does.

How Has Salesforce Stock Performed?

Who Are Salesforce’s Rivals?

If you were around during the dot-com bubble of 1999, you might recall that MSFT was known as one of the “Four Horsemen” of the NASDAQ. Then Bill Gates resigned, Steve Ballmer took over, and the company fell fast asleep.

Microsoft new head honcho Satya Nadella woke up the company. Now Microsoft is more of a service company, because Nadella’s big move has been to transform the company into a subscription service business. Microsoft went full steam ahead into cloud-based services, currently a prime driver of the company’s growth.

Read This Story: Our Apple Stock Prediction In 2019 (Buy or Sell?)

Oracle remains one of the premium names in cloud-based networking services.

Oracle’s Siebel is a direct competitor to Salesforce. This product delivers a combination of transactional, analytical and engagement features to manage CRM.

SAP has long been a popular name in the enterprise application software market. SAP is another world-class brand name in the field of business intelligence and analytics.

SAP’s products allow businesses to analyze and process live data, and manage that data as it comes in from different sources. SAP’s CRM offerings help clients better engage customers in person, online or via mobile.

This video summarizes Salesforce’s business model and helps explain why the company has racked up such impressive revenue growth:

There’s no doubt that Salesforce is a major player in the CRM market. The problem is that it is a very large market. On the one hand, that means there is plenty of revenue to go around.

On the other hand it means that competitors are always battling over market share. Salesforce could eventually get crushed by a bigger Silicon Valley player, especially one that’s making big forays into cloud computing.

Salesforce plows considerable money into marketing to differentiate itself from its giant competitors. The company also must reinvest a lot of cash into research and development, so it doesn’t fall behind with innovations.

Analysts project five-year annualized earnings for CRM of 33%. We give a 10% premium to that number for each of the following: World-class brand name (no), significant cash hoard (no), and/or robust free cash flow (no).

However, with a company that is growing at more than 15% per year, we bestow a price-to-earnings growth (PEG) ratio of up to 2.0.

Alas, CRM trades at 141x, so even with 33% earnings growth, it has a PEG ratio of over 4. We don’t see it as underpriced on this basis.

Will Salesforce Stock Go Down in 2019 (Should You Sell?)

Fortunately, free cash flow has been positive and reasonably consistent during this period. Between 2014 and 2018, the company generated between $700 million and $2.6 billion of free cash flow each year.

But it’s difficult to consider CRM as being overpriced. We can look at how competitors’ stocks trade to see if we are at least in the valuation ballpark.

MSFT and ORCL earn all three premium valuation bonuses; SAP does not.

Oracle has a market cap of $176 billion. On $10.9 billion of TTM net income, the stock trades at 16x earnings. Including the valuation bonuses, Oracle’s five-year earnings growth estimate is 13%. Oracle trades at a PEG ratio of 1.27, so it’s relatively cheap.

MSFT has a $765 billion market cap. It has TTM earnings of $48 billion (after adjusting for the Trump tax cuts). MSFT stock is trading at about 17x trailing earnings.

Overall Salesforce Forecast and Prediction for 2019 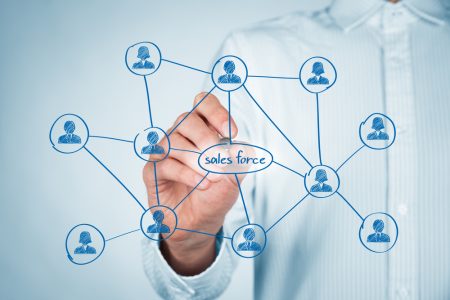 Salesforce has exhibited volatile short-term trading behavior. Share price fluctuations greatly depend on earnings results from quarter to quarter, as well as earnings in relation to Salesforce’s three main rivals. Over the short term in 2019, CRM’s fortunes will depend on the company’s execution.

However, CRM is one of those stocks that has been perpetually overvalued on just about any metric. Even though CRM’s valuation isn’t justified by its net income, it also has developed sustained investor enthusiasm. Our estimate is that for 2019, the stock has about 5%-10% upside. But brace yourself for sharp reversals along the way. This stock is not for risk-averse investors.