Our Bravatek Solutions Stock Prediction in 2019 (Buy or Sell?)

Spying and secret subversion are flaring anew between the two great superpowers America and Russia, with ripple effects throughout the western alliance and around the globe.

Digital theft also happens to individuals, as underscored by the lurid case of billionaire Jeff Bezos and the alleged extortion scheme surrounding the hacked “sexts” to his mistress. The tabloid press (and comedians on TV) are having a field day. I’ll refrain from repeating the puns.

But I won’t refrain from putting a bright spotlight on Bravatek Solutions (OTC: BVTKD), a cybersecurity firm that’s generating considerable interest among investors. Based in the thriving tech hub of Austin Texas, the company claims that its innovative technology is a game changer. Problem is, it’s a micro-cap penny stock and therefore by its nature a highly risky investment.

Regardless, the battlefield of the 21st century is cyberspace. It’s clear from the daily headlines that America is under attack, but not by conventional military forces. This war is being fought with bits and bytes, not bullets.

A shadowy army of cyber criminals and spies are stealing proprietary information from corporations and national secrets from intelligence agencies. The 2016 U.S. presidential election revealed that foreign powers such as Russia have the wherewithal and the will to hack and compromise our electoral process.

This rising incidence of hacking, cybercrime and industrial espionage is creating robust demand for corporate security. Proprietary information is a major competitive asset, but data security systems are riddled with vulnerabilities, especially as the workforce becomes more mobile and supply chains more global.

The phenomenon of cybertheft is exacerbated by the growing involvement of organized crime. Many financial losses have been traced back to the bank accounts of specific criminal organizations, especially in Russia and Eastern Europe. These tech-savvy gangsters won’t whack you; they’ll hack you.

Enter Bravatek. This small company makes cybersecurity tools to help individuals and companies fight these dark forces. But the firm’s market cap is only about $831,000. The company recently initiated a 1:10,000 reverse stock split, and yet only trades at about $0.70 per share.

Is Bravatek an investment only for the brave? It appears to be excessively risky but let’s give it a fair assessment. Beating the market requires elevated risk. No guts, no glory.

Below, I weigh the pros and cons of the company, with a prediction for the stock in 2019.

Bravatek provides security platforms that include software, tools, and services to protect infrastructure and computers against attack.

The company’s flagship product is Encrypt One, which the company describes as a direct replacement for conventional secured email systems, consisting of an email service bundled with security products and services.

How Has Bravatek Stock Performed?

How Has Bravatek Stock Performed in 2018? 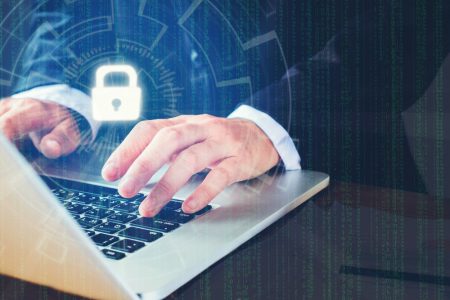 Cybersecurity is a hot trend that has attracted large-cap rivals with deep pockets and impressive clients. Bravatek is dwarfed by the competition.

With a market cap of $13.8 billion, Fortinet provides cyber security solutions for service providers and government agencies around the world.

Fortinet specializes in the private sector, especially in creating products that guard the “corporate perimeter.” The company’s security products are familiar and trusted brand names to anyone in the IT field.

Fortinet has its feet firmly planted in both the commercial and government spheres, a diversification that should help it weather the broader economic storms I expect to unfold in 2019.

The accelerating transition to the cloud opens additional cyber vulnerabilities, which further fuels the need for cybersecurity products.

Booz Allen Hamilton provides management consulting and technology solutions for public and private sector entities in the U.S. and around the world.

BAH’s intelligence data helped the U.S. Navy meet the challenge of the Imperial Japanese Fleet in World War II. The company also provided intelligence support for the CIA during the agency’s long, twilight struggle with communism.

Booz Allen helps clients sift through a torrent of informational white noise, to provide interpretive analysis for decisive action. The company’s capabilities extend to cloud-based storage and its clients operate in the niches of command, control, communications, computers, intelligence, surveillance, and reconnaissance.

With a market cap of $7.6 billion, the company is headquartered in McLean, Virginia, in the heart of the military-intelligence complex that rings the Washington, DC Beltway. As such, the firm benefits from its entrenched and loyal client roster in the Pentagon and the U.S. spy agencies.

With a market cap of $2.3 billion, ManTech International is another IT firm along the lines of Booz Allen, but it’s more narrowly focused on providing solutions for mission-critical national security programs in the U.S. and internationally.

ManTech provides hardware as well as software to support technology infrastructures, such as data centers, cloud services, and e-mail or desktop computing. As with Booz Allen, the company is based in the Washington’s Beltway metroplex, in Fairfax, Virginia.

The company’s client roster reads like a “who’s who” of the American national security establishment: The CIA, FBI and NSA; the Departments of Defense, State, Homeland Security, Energy, Justice, Veterans Affairs, and Health and Human Services; the Space Community; and other government agencies.

Small wonder that legacy tech titans are moving into the industry.

Read This Story: Our Microsoft Stock Prediction in 2019 (Buy or Sell?)

There’s a lot of boasting on Bravatek’s website about the wonders of its flagship cybersecurity product Encrypt One. However, actual third-party information on the product is elusive. A thorough search mostly reveals self-serving press releases.

The company’s product materials are vague, offering unsubstantiated claims and generalized discussion of “security.” For example, there’s this boilerplate:

“Software-generated, private protocol encrypted links between servers ensure control over the end-to-end security of a connection. They can be used to connect disparate groups, departments, and even companies. Links are automatically managed by the system to prevent misconfiguration errors.”

Got that? Seems like “word salad” to me. I’m skeptical that this product has anything more than limited usage.

Bravatek’s financial reporting raises red flags, too. The company’s financials have not been audited according to its most recent 10-Q. The firm claims to have generated $2.58 million in revenue over the past 12 months from four customers.

If that is true, the company trades at less than 0.3x revenues. Viewing that metric in a vacuum, we could regard the stock as cheap.

While it’s encouraging that Bravatek appears to have actual customers, management paid itself $2.78 million in fees and expenses in the most recent nine months alone.

Add in another $1.3 million in expenses, and the company racked up an operating loss of about $3.8 million in just the past nine months. The company’s cash burn was $722,864, which is hefty considering how little revenue came in.

Let’s review the bearish case: Bravatek’s financials are unaudited; the market cap is tiny; the company appears to have only four customers; and the company’s rivals sport large market caps and established products.

Overall Bravatek Forecast and Prediction for 2019 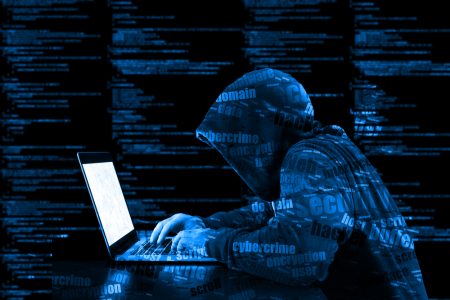 As mentioned, Bravatek is a penny stock. The company also is loaded down with convertible notes, which will likely get converted into common stock at some point this year, diluting shareholders.

For broader context, I expect an imminent industry-wide consolidation in the cybersecurity space, as smaller competitors either get gobbled up by tech giants or fall by the wayside.

The only bullish argument that I can muster for Bravatek is that it could get bought out by a Silicon Valley behemoth that specializes in cybersecurity, but that’s a slim reed on which to base your investment hopes.

What’s worse, Bravatek’s technology seems conventional, if not vaguely defined. The company has caught the eye of penny stock investors who are looking to make a quick killing, but this stock will probably kill their portfolios instead.

I won’t sugar coat it: Bravatek’s stock seems headed on a one-way trip to zero by year-end. If you’re looking to make money from the mega-trend of cybersecurity, there are plenty of better places to put your money. As with the marijuana industry, cybersecurity is generating a lot of hype. Stick to quality and avoid the penny stock junk.