The multi-media landscape is dotted with famous brand names and colorful logos. However, most consumers would be shocked to know how little choice actually exists.

For the past four decades, starting with the dawn of the de-regulatory Reagan era, a continual relaxation of anti-trust rules has fueled a relentless pace of mergers and acquisitions. Today, a handful of global, multi-billion-dollar behemoths dictate the majority of what you see, hear and read.

And as The Borg like to say in the Star Trek movies: “Resistance is futile.”

But for the multinational corporations that own and operate this media, there are downsides. Fierce competition puts pressure on prices (and profit margins) and disruptive technologies threaten the status quo. Investing in new infrastructure is expensive. And sometimes, what appears to be the right strategic path turns out to be a dead end.

Emblematic of these struggles is AT&T (NYSE: T), a storied telecommunications giant that has been generating headlines for its acquisition activity and aggressive re-positioning into multi-media.

Based in Dallas, AT&T boasts many strengths and yet remains unloved by Wall Street. As the company tries to find its footing, the stock has been a perennial underperformer.

Investors this year are transitioning from overpriced growth stocks to value plays. Is AT&T stock an appealing value play now? Or is it a bloated, debt-ridden conglomerate that will continue to languish in 2019?

Perhaps the naysayers are overstating their case against the company. If you’re a bargain hunter looking for growth, that would be welcome news. Let’s see what’s in store for AT&T in 2019 and beyond. Maybe it’s an investment gem that’s hiding in plain sight.

How Has AT&T Stock Performed?

AT&T stock has consistently underperformed the broader stock market and its peers.

What Is AT&T Stock History?

Who Are AT&T’s Rivals? 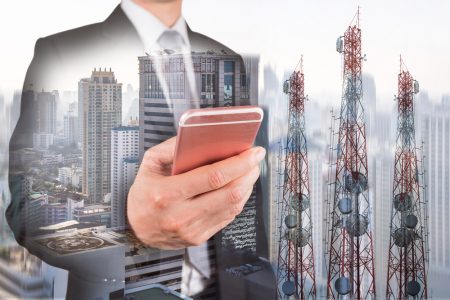 Comcast provides services in the U.S. for residential and commercial customers in 40 states and in the District of Columbia. Since 2011, Comcast has owned NBCUniversal, making it a major producer of feature films and television programs.

Comcast in September 2018 won the auction against Fox in a deal that valued Sky at $40 billion.

Verizon is known for consistently healthy investments in new technologies, as underscored by its emphasis on the transition from 4G to ultra-fast 5G.

T-Mobile is the brand name used by the mobile communications subsidiaries of the German telecom Deutsche Telekom AG (OTC: DTEGY).

T-Mobile US (market cap: $59.9 billion) provides mobile communications services to 79.7 million customers in the U.S. Puerto Rico, and the U.S. Virgin Islands. Based in Bellevue, Washington, the company also provides wireless devices, including smartphones and tablets, as well as accessories.

T-Mobile currently seeks a merger with struggling rival Sprint (NYSE: S). Executives from both firms are trying to convince regulators and lawmakers into approving the $26 billion proposal. The lobbying effort reflects how media giants seek economies of scale to stay ahead of fast-moving digital innovations.

Read This Story: Our Walt Disney Stock Prediction In 2019 (Buy or Sell?)

A quick argument why AT&T is cheap and underpriced.

As a Baby Boomer born in the Eisenhower era, I’m old enough to remember what it was like to live with Ma Bell. The AT&T of today isn’t the same as the one that existed back then.

AT&T traces its origins to the original Bell Telephone Company founded by Alexander Graham Bell in 1877 after he patented the telephone. The telephone was the great disruptive technology of its day, akin to the Internet.

Here’s a quick history of AT&T:

The U.S. government broke up AT&T in the 1980s, forcing it to spin off the so-called Baby Bells. The Baby Bells owned the local phone side of the business while AT&T was left with long distance operations.

For the time, it was a rare example of rigorous anti-trust action. But ironically, the move only served to make AT&T bigger.

The company transitioned away from copper telephone lines to become one of the largest cellular-phone companies in the U.S. Smaller, nimbler rivals continually nip at AT&T’s heels, offering leading-edge and cheaper products and services that force the company to compete on price.

AT&T’s cellphone business remains valuable but growth prospects are limited as the market gets crowded. Investing in new technology and infrastructure, such as the transition to 5G service, is capital intensive and pressures profit margins. Keeping market share is a daily, Darwinian struggle.

Historically, telecommunications stocks were viewed by investors as low-beta blue chips. They lacked volatility and drama and conferred steady growth and income, making them staples of retirement portfolios.

Those days are gone. AT&T understands this dynamic and it’s striving to embrace it.

Hence AT&T’s purchase of DirecTV in 2015 in a deal worth $48.5 billion. The merger made sense, at the time. DirecTV owns a satellite system that connects people with content. Problem is, “disruptors” such as Netflix (NSDQ: NFLX) and Amazon (NSDQ: AMZN) now provide streaming content, undermining demand for DirecTV.

Which brings me to AT&T’s purchase of Time Warner. The digital revolution hasn’t been kind to Time Warner either, but it possesses some of the most valuable media content on the planet.

The court victory in June 2018 of AT&T’s bid to acquire Time Warner and its rich library of content was an ostensible boon for the telecom. The deal has greased the skids for further deal-making in the competitive telecom sector.

AT&T’s win is seen by consumer advocates as a blow to merger enforcement, but giant telecoms argue that they have no choice but to make forays into ancillary industries to fund new technologies and keep costs low.

AT&T appears well poised to compete in the Brave New World of interconnected, digital media and its stock is cheap.

But as I’ll explain, AT&T’s stock is cheap for a good reason.

AT&T’s strategic moves look good… on paper. But reality is throwing cold water on its plans.

Netflix and Amazon are plowing huge sums into creating original, quality content. Viewers are increasingly jaded and their attention spans are short; mind share is won by highly creative (and expensive) shows, movies and documentaries. It’s the original content that wins awards and new customers; the Silicon Valley titans have sufficient cash to fund it.

This dynamic diminishes the value of the pre-existing Time Warner content for which AT&T probably overpaid. The merger also left AT&T with a lot of debt.

Verizon has made a few dubious moves as well. In 2015, Verizon bought Yahoo! for $4.8 billion, in an attempt to be a content generator. As it turns out, Yahoo! is an Internet “has-been” that has brought little to the table. But Verizon’s core telecom business is robust and growing.

Overall AT&T Forecast And Prediction For 2019 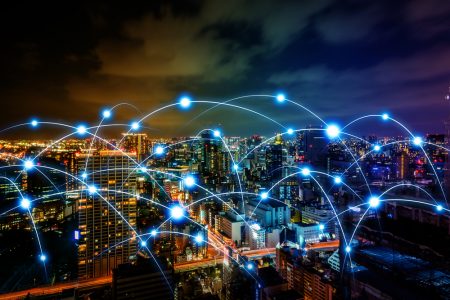 AT&T is a poor choice for growth investors. The average analyst expectation is for the company to generate year-over-year earnings growth of 2% this year and 1.9% next year. That’s paltry by anyone’s standards.

If you’re interested in income, you might be enticed by the stock’s 6.84% yield, but the question is whether AT&T can sustain it.

It’s encouraging that AT&T has raised its dividend for 34 consecutive years; the dividend is currently among the highest in the S&P 500. The company’s wireless division is a reliable generator of free cash flow, so the dividend appears safe for now. But AT&T is saddled with onerous debt.

Roughly $50 billion of AT&T’s total debt of $171 billion comes due in the next five years. As interest rates rise, financing that debt will become more expensive. AT&T also must contend with the huge cost of investing in 5G networks.

On February 13, AT&T announced that it planned a bond sale to refinance its debt load, most of which it incurred from its purchases of DirecTV and Time Warner. These expensive deals increasingly look misguided.

My verdict: Stay away from AT&T. When unwieldy conglomerates try to adapt to fast-moving technological change, it can get ugly.

Just ask the battered shareholders of another iconic corporate name that got its start in the 19th century, the industrial conglomerate General Electric (NYSE: GE). After suffering substantial losses, they’re still waiting for GE to turn the corner. I suspect the same will prove true for AT&T.