Whether it happens this year or not, China will soon surpass the U.S. as the largest consumer market in the world. With the Chinese population’s spending power growing, China is a highly enticing target for international companies.

However, the Chinese government doesn’t make it easy for foreign companies to operate on Chinese soil. As a result of their government’s protection, domestic companies have come to dominate their home market. The emergence of giant indigenous tech companies has been one of China’s greatest success stories.

In the West, we tend to call these Chinese companies “the so-and-so of China” to make them more easily understood, even if the business models aren’t exact matches. For example, Alibaba (NYSE: BABA) is called the “Amazon of China” and Baidu (NSDQ: BIDU) is known as the “Google of China.”

Today we take a look at iQIYI (NSDQ: IQ), dubbed the “Netflix of China.” 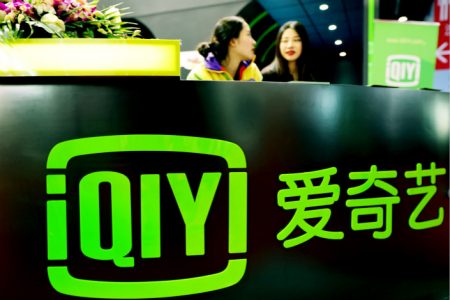 The firm was originally formed by Baidu in 2010 as a video-streaming site. It became so popular that Baidu spun off iQIYI in March 2018. Baidu still retains about 70% ownership in the company.

Although both iQIYI and Netflix license third-party content and produce their own original video content, their business models aren’t quite the same.

Unlike Netflix, iQIYI offers free content and it makes money through ads as well as subscription fees.

The users who wish to have special privileges such as HD quality content, faster download, viewing priority, skipping ads, exclusive content, and other privileges can pay for a “VIP” subscription.

iQIYI serves a country with an expanding middle class and a huge appetite for online video consumption, which seems to point to a long growth runway for the company.

How Has iQIYI Stock Performed?

iQIYI launched its initial public offering (IPO) in March 2018 and quickly ran up to better than $45 a share by June as more and more people heard about the company. But as the hype started to cool down and trade war fears mounted, the share price slid.

During the ugly December 2018 selloff, the stock even fell below its IPO level, bottoming in the $14 range before bouncing back into the low $20s as of this writing. 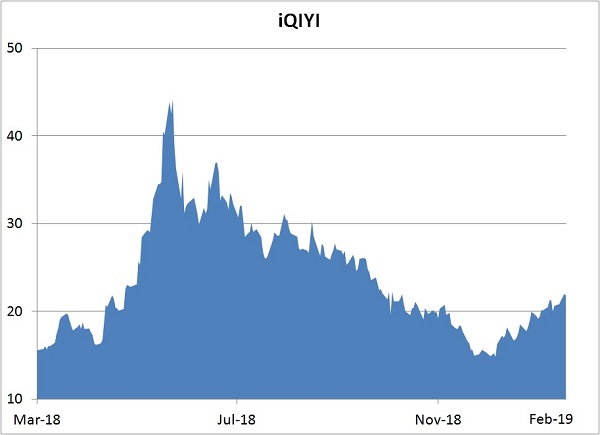 Nothing has changed about the company to warrant such big ups and downs. Investor sentiment, though, has been a roller coaster.

iQIYI is still a company with excellent growth potential but also no guarantee that it can fulfill that potential, making it an aggressive growth stock.

Since iQIYI wasn’t listed in the U.S. until 2018, its two-year performance is the same as described above. It’s been quite a wild ride so far, driven by factors beyond the company’s control.

Alibaba is a tech conglomerate that owns many different businesses specializing in e-commerce, the Internet, and technology. It’s best known for e-commerce, but Alibaba is also a major player in video streaming through its subsidiary Youku.

Competition for viewer attention is intense, and often there is overlapping content on different video streaming platforms. Usually where the competitors stand out is through exclusive content (third party or self-produced).

In this regard, iQIYI has a slight edge over China-based rivals Youku and Tencent Video in user engagement, measured in average time spent on website per user. The more engaged a user, the more likely he or she will upgrade to a paid membership.

Like Alibaba, Tencent is primarily known for something else. In this case Tencent is the top online gaming company in China. Its WeChat app now has more than 1 billion daily active users worldwide. Tencent has only started to scrape the surface of WeChat in regards to monetization.

But like Alibaba, Tencent also has a hand in video streaming. Its Tencent Video is one of the Big Three—iQIYI and Youku being the other two.

Out of the three, iQIYI is the only dedicated video-streaming company. It has the largest percentage of original content, at about 10%. iQIYI will seek to raise that percentage toward the mid-teens over the next few years.

If you are wondering about costs, producing original content can actually make more economic sense than licensing it from a third party.

We note that JD.com (NSDQ: JD) actually chose iQIYI as an exclusive cross-promotional partner. This is notable because Tencent owns 20% of JD. The fact that JD chose iQIYI instead of Tencent Video is revealing about the quality of iQIYI’s content.

mgtv.com is a private company that operates Mango TV, a popular but much smaller competitor to the Big Three.

After the Big Three, there’s a bunch of other video-streaming sites like Mango TV, but they don’t come close to those three.

iQIYI has done a good job in turning freeloaders into paying members. At the end of 2015, the company had fewer than 11 million subscribers, but by the end of 2018’s third quarter, the count had risen to more than 80 million. Also, in 2015, only 3% of its monthly average users opted for a subscription.

Free users still generate revenue for iQIYI through ads, but paid users generate about six times more per user, so the rapid growth of paid subscribers is clearly a good trend. 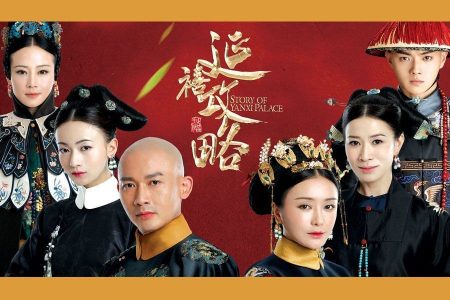 iQIYI ended 2017 with 126 million daily active users on mobile devices and 54 million on desktops. It’s unclear how many users are double counted because they use iQIYI on both mobile and desktop, but it’s fair to say that a lot of people check out iQIYI’s programming every day.

The company has proven its ability to create highly popular original content.

“The Story of Yanxi Palace” (pictured here) is an internally produced drama series that garnered more than 20 billion views and set records in the Chinese entertainment industry. On the show’s best days, it got more than 700 million views. Mega hits like that attracts more users to iQIYI and helps to monetize them.

If iQIYI’s growth trends continue on a strong trajectory, the stock should do well.

The company is expected to report fourth-quarter results on February 21, so there could be a sizeable move in the stock price depending on how the results look.

Costs are a major concern. Creating original content differentiates video streaming providers, but that takes a substantial investment of cash. And there’s no guarantee that lush, expensive dramas will always succeed. Flops can crater a company’s financials. Just ask Hollywood.

On a macroeconomic level, iQIYI faces the same threats that bedevil the global economy. The U.S.-China trade war could get out of hand, which would crush many China-based companies.

Then there’s the vulnerability of the overall tech sector. Internet stocks are fading from their position of market leadership, as investors transition from momentum to value. During the next market swoon, tech darlings such as iQIYI would get clobbered the worst. What’s more, the fickle nature of Chinese censorship poses a constant threat. Offending Beijing would be the kiss of death.

Overall iQIYI Forecast and Prediction for 2019

iQIYI will likely remain a volatile stock but the favorable market backdrop should keep growth coming. The question is how fast.

If the company keeps pumping out high-quality content, people won’t mind paying the equivalent of $3 a month to get access to exclusive content. Given the company’s strong history of creating quality shows, there’s reason to believe that it can continue on that path.

Controlling costs will be a challenge. But on this front, the Big Three have signed a joint agreement that effectively caps the salaries of high-profile stars. (The studio bosses in America would probably love to do the same.)

As noted above, iQIYI will report quarterly and full-year results tomorrow (February 21). Excellent results should help the stock continue its recent rally, and a poor one that raises questions about iQIYI’s growth trajectory will probably hit the stock hard.

Despite this uncertainty, I believe IQ will end 2019 higher than it started.

I’ve just explained why iQIYI is a solid growth opportunity amid uncertain conditions. But how would you like to make money in up or down markets, regardless of volatility?

Turn to my colleague Amber Hestla.

Amber is an ex-military intelligence officer who has spent her career pinpointing the nuggets of vital information that most people overlook. She has devised a money-making method that investors of all types should consider.

Amber Hestla’s strategy is time-tested, with the potential to triple your monthly income. Want to learn Amber’s secrets? Click here now for details.