I get tips on breakthrough technologies from my son-in-law Ron Andruchuk, who has a solid IT background and is worth heeding. As with many Millennials, Ron is especially enamored of cryptocurrency. He likes to share with me, in a sort of breathless gee-whiz way, the latest developments in the crypto realm, such as a blockchain innovation called Chainlink (more on that below).

Ron also invests in cryptocurrencies. Because I’m an investment analyst, my family often comes to me for advice — it’s an occupational hazard. Sometimes I give a crypto-oriented investment my blessing and other times I provide a stern warning to stay away.

Which brings me to the cryptocurrency Ethereum (USD: ETH).

Ethereum and its related technology Chainlink have been in the news this week, prompting many of my readers (among them Ron) to ask whether ETH is an appealing investment right now.

ETH has richly rewarded early investors, but its price movements have been extremely volatile. Let’s weigh the pluses and minuses of Ethereum and whether you should buy or shun it. 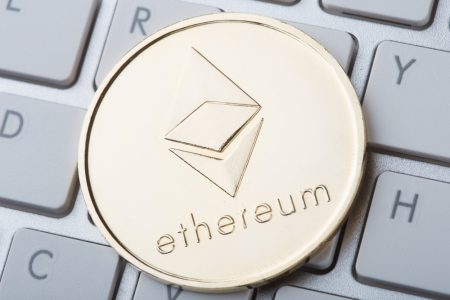 First, a quick explanation of cryptocurrency.

Cryptocurrencies are digital means of money exchange that are secured by encryption. There’s no physical money. The exchanges are recorded in blockchains, which make up the infrastructure supporting the currencies.

Every cryptocurrency is linked to a blockchain, which is a distributed database of all transactions that have occurred in the currency.

Cryptocurrencies aren’t stocks or bonds. Instead of buying shares of Ethereum, you swap your currency for Ethereum currency.

Ethereum is a decentralized platform that runs according to “smart contracts,” which are scripted applications that are programmed to preclude any form of fraud or third-party interference. A smart contract is a computer program that kicks in when pre-set conditions defined by the writer of the contract are reached. It’s “smart” because the software executes automatically once the conditions are met.

How Has Ethereum Performed?

What Is Ethereum History?

Who Are Ethereum’s Rivals? 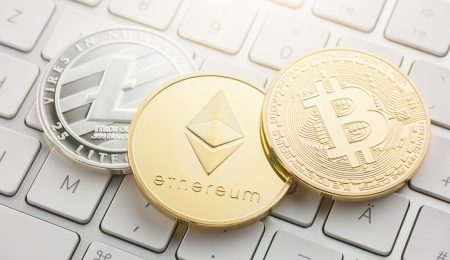 Cryptocurrency exchanges are web sites on which you can buy, sell or exchange cryptocurrencies for other digital currency or traditional currencies such as U.S. dollars.

As with other cryptocurrencies, Ethereum is a virtual, decentralized currency that gets around government regulation.

This video explains how cryptocurrencies work.

Ethereum is among the best known cryptocurrencies, but there are dozens of others generally defined as “altcoins.” Let’s take a look at three notable altcoins.

The granddaddy of cryptocurrencies, Bitcoin deploys peer-to-peer tech to operate with no central financial authority. Handling transactions and the issuing of Bitcoins are facilitated collectively by the network.

Bitcoin (market cap: $231.3 billion) was founded in 2009 and it has spawned numerous imitators.

Litecoin (market cap: $7.4 billion) is a peer-to-peer cryptocurrency software program. Creation and transfer of coins are based on an open-source cryptographic protocol. Litecoin is not managed by any central authority.

Read This Story: Our Litecoin Prediction In 2019 (Buy or Sell?)

Litecoin was an early Bitcoin spinoff, founded in October 2011.

With a market cap of $10.8 million, Peercoin’s distinct attribute is its use of “proof-of-stake.” In the proof-of-stake system, new coins are created based on the holdings of individuals.

For example, someone holding 1% of the currency will generate 1% of all proof-of-stake coin blocks. This system essentially removes the risk of a monopoly.

The cashless society is rising to new heights once only imagined in science fiction. One of the surest ways to make money over the long haul is to tap into unstoppable trends. One such trend is the ability to buy almost anything with virtual currency.

A proliferating number of U.S. merchants, from small to large, are beginning to accept cryptocurrency as payment. It’s part of the digital payments revolution.

Read This Story: Our PayPal Stock Prediction in 2019 (Buy or Sell?)

Ethereum can also keep track of data strands representing everything from the execution of contracts to the flow of transactions associated with stock trades to a wide variety of recordkeeping.

While the security associated with these other uses may be below that of Bitcoin, it is infinitely better than any security currently used—and frequently hacked—to protect most computer transactions. The point is that blockchains such as Ethereum’s have a multitude of uses and likely represent a dynamic growth area.

What’s worse, cryptocurrencies aren’t as secure as they claim. The optimists say cryptocurrencies are highly secure; the pessimists beg to differ. Reports have surfaced of several thefts of crypto-coins from encrypted accounts. These incidents will grow in frequency as the popularity of these coins grows.

Cryptocurrencies also operate under the constant threat of a newer “disruptive” technology coming along to make them suddenly obsolete.

And few people truly understand how cryptocurrencies work. They’re wrapped in techno-jargon and seem to operate in nebulous ways. One of the sacred rules of investing is to never put your money into an investment you don’t understand.

Overall Ethereum Forecast And Prediction For 2019

Ethereum could spike higher in coming months as the technology advances and investors seek alternate investments in an overvalued and shaky stock market. But risk-averse investors should steer clear of ETH.

One potential risk is that governments, including our own, could move to outlaw these currencies. In 2018, China officially banned all crypto-related commercial activities, a reminder that cryptocurrencies including Ethereum exist by the grace of government acquiescence.

I’m wary of direct investments in cryptocurrencies. Instead, I prefer “picks-and-shovels” plays. Blockchains and digital wallets stand out as opportunities.

Money-making potential lies in the private enterprise market for blockchains. Blockchains have other uses than currency. They let businesses store encrypted data in a ledger, for a host of practical purposes.

COCO is attached to a public blockchain such as Ethereum. To access COCO, the enterprise customer must use Microsoft cloud services and Intel hardware for the central processing units in the blockchain.

COCO is the first attempt to make blockchains accessible to any firm without the costs of creating one on its own. It promises greater security than current storage. It can accommodate more than 1,600 transactions per second.

If COCO succeeds as a prime mover in the blockchain business market, it would boost Intel and Microsoft’s growth. But even if it doesn’t, these tech firms are diversified and large enough to withstand the blow.

Chainlink, which I mentioned above, is another interesting blockchain arena.

A major component of the Chainlink network is its cryptocurrency Chainlink (USD: LINK), which serves as an incentive for the network’s independent operators. The network utilizes LINK to pay operators for services such as retrieving off-chain data and converting it into blockchain readable formats. The token also is available as an investable asset on common cryptocurrency exchanges.

My son-in-law Ron, who has a knack for colorful soundbites, calls Chainlink “the artificial intelligence of blockchains.” In other words, Chainlink can function as a constantly adapting cybersecurity system to monitor and protect blockchains against hacking and unauthorized breaches.

On July 9, Chainlink developers announced that the technology has expanded to Coinbase’s retail platform. Coinbase is a digital currency exchange, based in San Francisco, that brokers exchanges of Bitcoin, Ethereum, and Litecoin with fiat currencies in 32 countries, and Bitcoin transactions and storage in 190 countries worldwide.

Digital wallets are another growth opportunity. These virtual wallets facilitate cryptocurrency transactions. They’re integrated with mobile apps. Digital wallets don’t directly store cryptocurrency. A wallet is a software program that stores private and public keys. It interacts with blockchains to allow users to send and receive digital currency. It allows them to monitor their balance.

Your public key is the address to which anyone can send cryptocurrency. The private key allows you to spend funds from that address.

Digital wallets are gaining traction. Payment services firms are seeking partners to consolidate volume. The cloud is a battleground. Cashless payments processors such as PayPal and USA Technologies (NSDQ: USAT) stand out.

As quality tech stocks continue to beat the broader market, an underlying theme is apparent: we’re now in the next wave of digital development. Blockchains and digital wallets exemplify this wave.

As for directly investing in Ethereum or Chainlink, they’re definitely not for conservative investors. If you have money set aside for high-risk ventures, you may want to consider ETH or LINK. But generally speaking, unless you have a strong stomach for volatility and potentially big losses, there are better and safer places to put your retirement money. That advice goes for any generation of investor, Millennial or otherwise.