In my previous Investing Daily article (March 5), I reviewed a strategy of leveraging options to lower risks. I used the example of Apple (NSDQ: AAPL) to show how to add some percentage points to your returns.

This week, I provide a real example from my portfolio, and also explain when not to use this strategy.

I exited a position in Apple last summer when shares went above $200, but once again became interested when shares fell back to $180. Late last year I used the previously described strategy of selling puts to acquire shares at a discount to the current price.

The first time I sold a put, the option expired with shares above the strike price. So, I kept the premium and sold another put, hoping to be assigned shares. The second time turned out to be the charm, and I lowered the cost basis of my $180 per share assignment by a total of more than $17 per share. 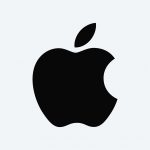 Then, as soon as I was assigned, I sold a covered call with a strike price of $180 expiring in July for another $7.30 a share.

Thus, by buying shares via puts and selling via calls, if my shares are called away in July at $180 I will have earned a total of close to $25 a share even though I bought shares at $180 and sold them for $180. This amounts to a return of 14% in about eight months on shares that were bought and sold for the exact same price. And if they aren’t called away, I will sell another call option on my shares.

One caveat I should mention is that when you set up such a trade, the confirmation screen will often warn you that your potential loss is limitless. That’s not really true.

What is instead true is that the potential gain is limitless, but I am giving that up for the certainty of the premiums. That’s the toughest part of trading like this. If Apple shares shoot up to $250 a share by July, I am still only getting $180. Such situations are rare, but they happen (and have happened to me).

When The Strategy Isn’t Worthwhile

While such a strategy may seem to be a no-brainer, there are several scenarios in which you would not want to use it.

First, if you own shares that you believe will go much higher, you may not be sufficiently compensated by selling a covered call. For instance, let’s assume I believe Apple shares will shoot to $250 a share in the next few months. I could sell a call for my Apple shares at a $240 strike price and July expiration, but I would only receive $0.05 a share, a total of $5.00.

Most likely shares will not be at that price, so for my trouble I got a price that might not even pay the commission. You can put in a limit order for a much higher price, which could capture a larger premium if shares start to skyrocket. But the odds of triggering the order will be low.

Second, if you believe shares could go much lower, you are unlikely to get a large enough premium for selling the put to offset the potential downside. Again, you can put in a limit order for a much lower price than the current market price, but the odds of triggering it will again be low.

Finally, if you own a low volatility stock that pays a nice dividend, sometimes the premium you can get from selling the call isn’t worth the risk of losing the dividend.

For example, I own shares of AT&T (NYSE: T). As I write this, shares most recently closed at $30.82. AT&T pays a quarterly dividend of $0.51 per share. I can sell a $31 call with a July expiration against my shares, but the premium for that call is only $1.05. I will receive two dividends worth $1.02 by the time the option expires. 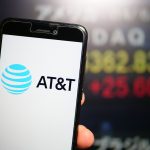 However, there is a risk that shares will be called away by someone seeking to capture the dividend if they are trading above the strike price. There isn’t a sufficient reward for the risk of having my shares called away.

If you have concerns about the share price moving rapidly, you may want to forego using such a strategy. You may find yourself earning a premium for selling a put, while shares that you could have simply bought outright soar much higher. That’s something to think about, amid today’s market volatility.

But what if I told you there’s a way to make fast profits, regardless of the market’s ups and downs? That’s where my colleague Genia Turanova can help.

Genia Turanova is the chief investment strategist of the trading service Fast-Track Millionaire. Genia isn’t content with accepting 10% a year gains from stodgy blue chips. Instead, she looks for the emerging “disruptors” that are on the verge of upending the status quo… and crushing the stock market.

Genia has pinpointed an under-the-radar biotech that’s poised to break out. This Swiss-based company is developing a proprietary gene-editing device that’s destined to revolutionize medicine. Early investors stand to make a fortune. Want to get in on the action? Click here to learn more.